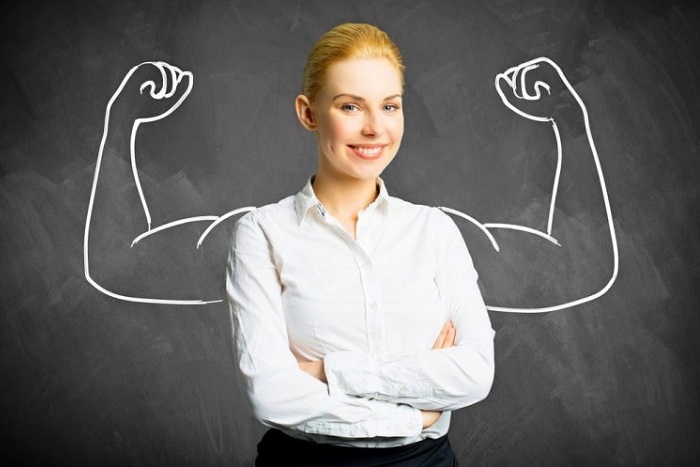 Friedrich Nietzsche once noticed that women understand children better but men are more childish than women. So what else are women better at?

Here is a surprising list of 15 things women generally do better than men.

It might be very annoying for men to watch a driving woman looking in the mirror or doing something else. Woman’s brain manages to successfully cope with several things simultaneously, while man’s one focuses on accomplishing specific tasks.

Women are more careful and less risky with finances and would prefer to put money in bank account rather than invest. As a result – statistically, women face less financial losses.

Women’s peripheral vision is developed better than men’s one. It allows them to detect objects on the sides of them faster, that’s why they usually manage to escape side crushes.

Men very often become “victims” of their female partners when forget the date they first kissed or started dating or (God forbid!) the date of marriage. The reason is that women are better at memorizing information like dates, numbers, names, details of events, rumors.

Statistically, 64% of men don’t even look through instruction before starting to assemble something. Women believe in their constructing abilities less, that’s why they do exactly what’s written in the paper, thus making less mistakes and spending less time.

Women’s profit is 18% higher than men’s, again, just because women are more careful with risk.

There are more women than men going to a university and, what is more important, graduate from it. While men hurry to start working, women master their skills at a university. Even at school, girls usually read faster and better than their male peers.

Even though love for sobbing and crying is more typical for women, they manage to get rid of stress better than men. She cried for another 10 minutes and already feels fresh again. In periods of adversity, women think more rationally because of the oxytocin — a hormone which is secreted in female’s body in bigger amounts than in male’s.

Moreover, higher levels of estrogen in women’s bloodstream protect their brain from negative impact of stress.

Women tend to share worries and concerns with people around them, which helps them get back to the comfort zone. The survey shows that 53 % of women admit they talk over their problems, while there are only 29 % of men doing this.

Since 2007 it has been noticed that more men than women have lost their jobs. The crisis hits hardest such fields as finance and manufacturing, which are male-dominated, while teaching, nursing and service sector turned out to be more stable.

Why do men act like dying when they have a sore throat, and women sometimes don’t notice they have a high temperature? Estrogen helps women successfully fight off infections and protects the body from new bacteria and viruses.

Even when being born, girls are stronger than boys because of biological factor. Women are more emotional and thus better get rid of negative thoughts and stress. Bad habits like smoking and drinking are more spread among men. There are fewer women committing suicide because if they have children, their maternal instinct doesn’t let them do it.

Finally, women drive a car less often and are not competitive on the road, which saves their lives. That is why women end up living 7–10 years longer.

Women notice more color tones. Some scientists say this ability could have formed long ago when men went hunting and women gathering – searching for edible plants on the ground.

Baby girls recognize their mother’s voice earlier than boys do. A woman distinguishes tones of voice better, that’s why she easily knows when her man is telling a lie to her and notices slight changes in his mood.