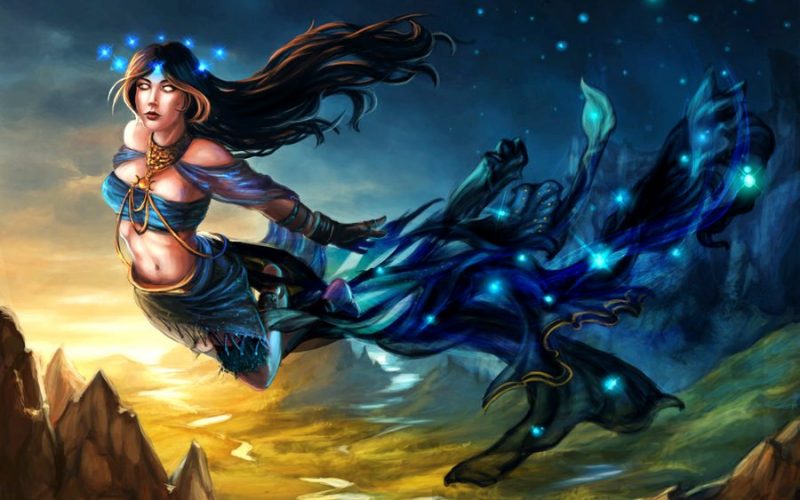 Greek Goddesses still hold sway over the human imagination. We’ll provide you with a brief guide on the most insidious Goddesses among the Greek Pantheon.

7. Hecate, the Goddess of witchcraft and necromancy

Hecate was the ruler of ghosts and the guide on crossroads. She had an exhaustive knowledge of all the herbs and plants, available for poisoning or curing her chosen victims, including belladonna and mandrake. 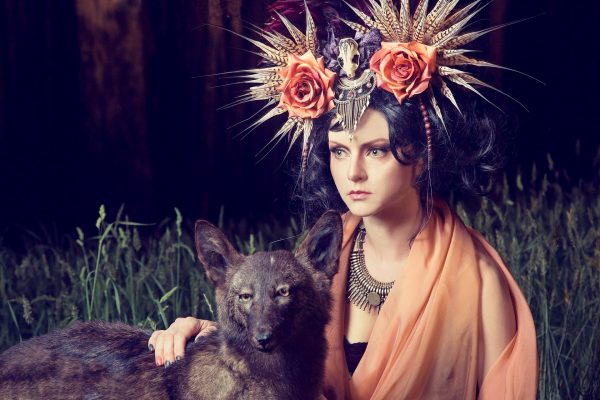 Hecate is believed to have remained virgin all her life. She is strongly associated with dogs, and sometimes was referred to as “she-dog” and even “bitch.” The barking of dogs was the sign that Hecate is somewhere near.

This threatening presence of Hecate the Virgin, who was capable of resolving destinies of the Greek people on the crossroads of their human paths, puts her in a special place in the various rituals worldwide. She is the one referred to by the three witches in William Shakespeare’s “Macbeth.”

6. Hera, the wife of Zeus and the jealous rival of the other Goddesses on Mt. Olympus

Hera was graceful, good-looking and clever. Hera served as a sentinel of married women and was an expert in all things fidelity and infidelity. 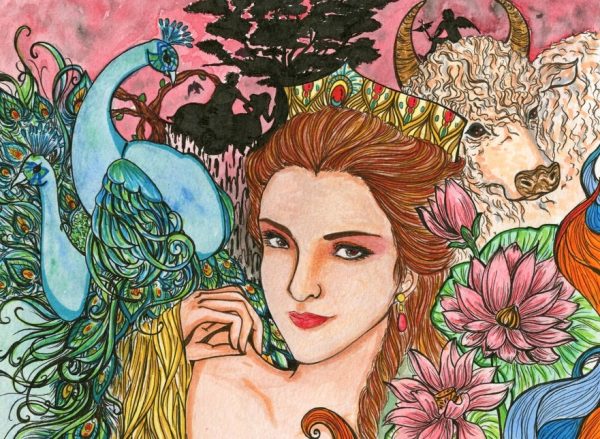 Even though she was prim and delicate in her judgments, Hera could easily become vindictive towards those who did something against her will.

When Paris has chosen another Greek Goddess, Aphrodite, to be the most attractive one on Mt. Olympus, Hera became an enemy of the Trojans, relentlessly using her power to aid Greek warriors. It was Hera, who helped eventually defeating Troy. Hera’s notorious revenge gives a meaning to the phrase, “Hell has no fury like a woman scorned.”

5. Athena, the Goddess of crafts, domestic arts and war

Athena had a combination of divine intellect and extraordinary strength. 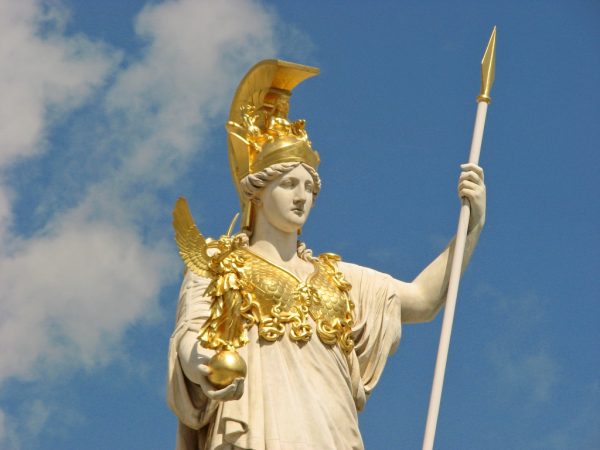 The legend says that Athena emerged from the head of Zeus, fully grown and wearing armor. Of all the numerous Zeus’ children, the head God chose Athena to be the bearer of his shield and a thunderbolt.

During the Trojan War, Athena was the enemy of Troy and the protector of Greeks. When Achilles, the main figure in destroying Troy, died, Athena was in grief. However, when Troy fell and the Greeks defiled her Temple, Athena sought revenge.

She had Poseidon put on a storm, which turned disaster on Greeks’ ships going back home after their victory.

Unlike her fellow Greek Goddesses who were at home immersed in Nature, Athena was an urban Goddess and liked big cities.

Her favorite city was Athens, which bears her name. Her temple called Parthenon still stands there and is recognized as one of the greatest wonders of the world.

4. Nemesis, the Goddess of retribution and revenge

Nemesis was the “general prosecutor” on Mt. Olympus. It was in her power either to punish the guilty one or set him free.

Her judgment was never argued. As you may imagine, Nemesis would make a lot of unpopular decisions, and occasionally mistake good deeds for evil ones, and vice versa.

Nemesis tried to keep balance in the Greek society, by giving good things to those who did well, and giving absolute misery to the evil ones.

3. Rhea, the Mother of Gods

Rhea, the wife of Cronus, belongs to the age of Titans. 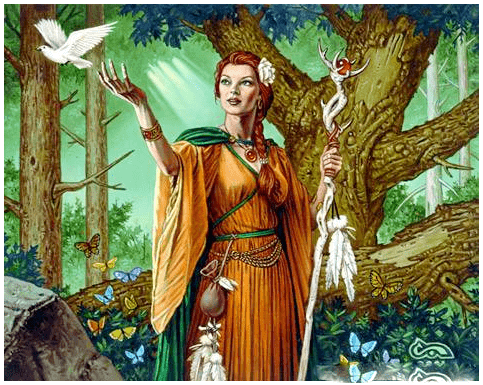 She is the mother of the first generation of powerful Gods who inhabited Mt. Olympus. Her children included Poseidon, Hera, Zeus, Hestia, and Hades.

Rhea had to trick her own spouse, Cronus to save all of their children from being eaten alive, as Cronus had a habit to do in order to not have competition for his own Throne.

When there was Rhea’s children’s turn to be digested by their own father, Rhea tricked him, feeding him with stones instead of one of her sons, Zeus. Cronus could not digest stones and had to throw up, setting all his previously eaten children free.

2. Artemis, the Goddess of the hunt

Artemis was as wild and relentless as Nature itself. Her archery skills were better than those of all other Gods and Goddesses of Olympus. She was the Goddess of the Moonlight, inhabiting the forest.

Artemis was revengeful in protecting what she held dear to her. The legend says that as a virgin, she was a primary object of sexual interest among both Gods and humans. After she married Orion, her hunting mate, she soon killed him. They say accidentally, but who knows.

Certain Siproites caught Artemis naked and as a result was turned into a girl by her power.
Titan Bouphagos sought to rape Artemis. Not only, he failed, but was immediately killed with her arrows.

The influence of Artemis’ attitude can be seen in suffragists who have battled the traditional male-oriented society. Followers of Artemis opt for the more liberated approach to marriage and a place of a woman in society.

1. Aphrodite, the Goddess of love and beauty

Irresistible Aphrodite could seduce both Gods and humans with her stunning beauty and beguiling laughter. The popular legend says that Aphrodite simply rose from the foam of the sea, already fully formed as a woman and deadly attractive. 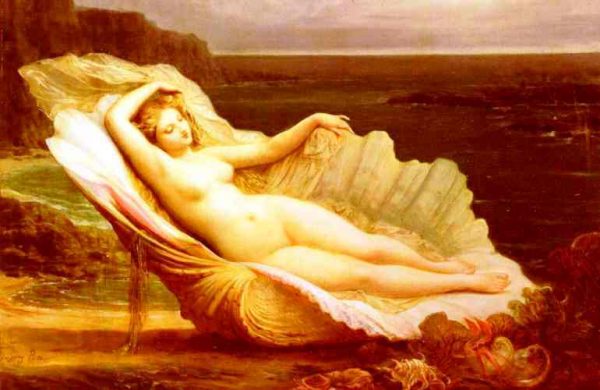 As the personification of Beauty, Aphrodite was envied by all the other Goddesses on Mt. Olympus.

It is said that Paris, the son of the king of Troy, judged Aphrodite to be the most beautiful of all Greek Goddesses. Paris awarded her with the trophy, the golden apple. To return the favor, Aphrodite gave him Helen, the most beautiful woman on Earth. That invoked the wrath of Menelaus, then king of Sparta. The events resulted in the Trojan War.

In an eponymous love triangle, Aphrodite married Hephaestus, the holiest of Gods on Mt. Olympus. At the same time, Aphrodite was involved in an affair with Ares, the most savage, ferocious God of War.

This triangle sounds familiar, isn’t it? Aphrodite was the mother of all voluptuous, mysterious femme fatales throughout the ages.