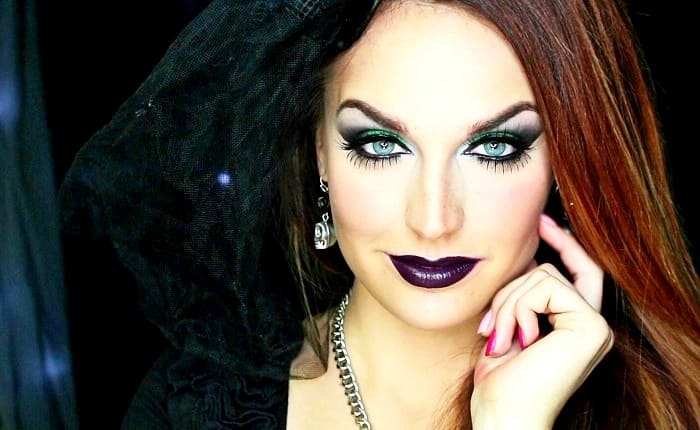 Witches in movies appear more often than they do in real life. We will see who the most famous movie witches are. 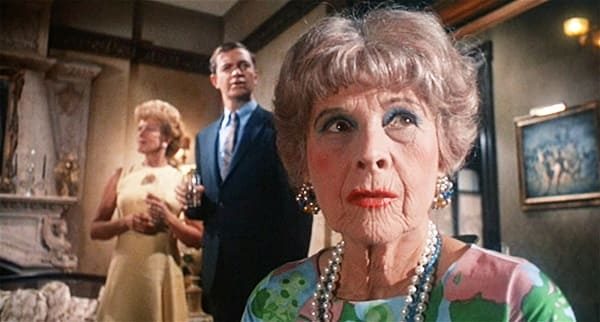 Rosemary is about to have her baby when she is confronted with chilling attention by the dignified couple living next door, and led by seemingly well-meaning Minnie (played by Ruth Gordon in one of her best roles on screen).

The presence of Minnie in the life of Rosemary and her husband is so eerie that we soon suspect there is something witchy-shady going on behind the polite attitude and what seems to be genuine care about soon to be born…the Devil himself.

“All of them witches!” guesses Rosemary at one point, but it is too late.

6. A trio of witches from the movie “Hocus Pocus”

Coming from Walt Disney, this witches revival is set in the year 1993. Halloween is around the corner, and the sense of something strange is there, too. 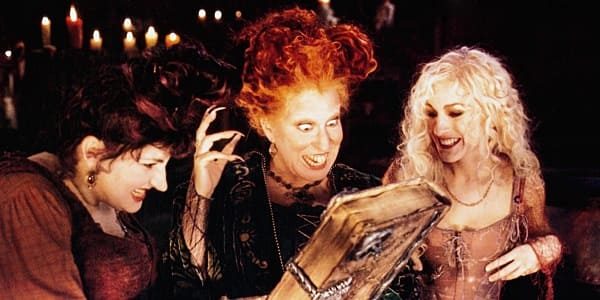 Teleported right out of 17th century Salem, the three witches portrayed by Sarah Jessica Parker, Kathy Najimy, and, most notably, Bette Midler, are ready to bring the merry havoc to the ordinary town.

A couple of adventurous teenagers are confronting the happy-go-lucky trio in the series of hilarious episodes, where the magic trickery doesn’t always work.

This light-hearted Disney vehicle is certainly aimed at the teenage audience, but the presence that movie witches bring makes the flick terrifying at times.

5. The trio of movie witches in “The Witches of Eastwick”

Another trio of cantankerous movie-born witches appears in what has become a cult movie in the nineties, “The Witches of Eastwick”. 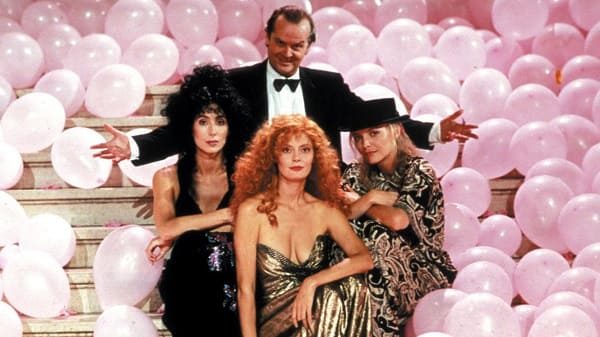 A devil-may-care, nonchalant middle-aged bon vivant (played by Jack Nicholson) occupies a mansion in town and is evidently up to something wicked. He meets the trio of casual women and starts playing with them.

A tug-of-war between the Devil and the three witches is one of the most hilarious confrontations of black magic forces fighting each other ever depicted in cinema. The movie is very popular across the globe. Australian women, German women, Cuban women, all watch with a delight how the female side wins.

4. Veronica Lake in “I Married a Witch”

A dashing blonde and alluring Goddess of the black-and-white horrors of the forties, Veronica Lake, managed to create one of the most memorable movie witches in the history of cinema.

Elegantly directed by French aesthete Rene Clair, Veronica Lake is on the revengeful mission of destroying the man who set the fire on her father and on her long time ago.

Yes, she was burned. Yes, she rose like Phoenix.

Yes, she is about to bring the best of her top-notch Salem witchcraft on the descendants of those who destroyed her family, when she suddenly feels…she is in love with her prey! 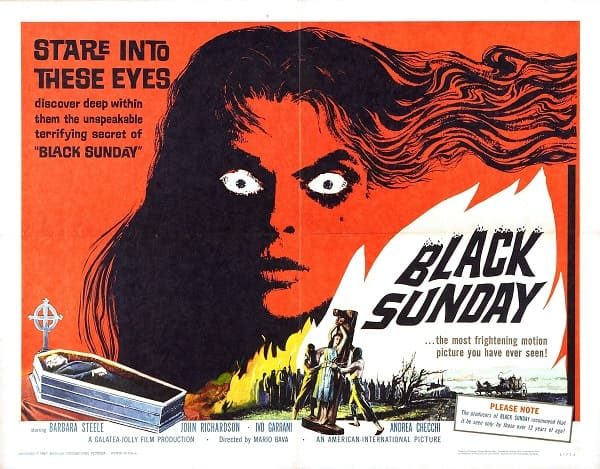 Inheriting from her burning bubble-shaped mess of a face, forgotten witch Asa returns to take her revenge on the inhabitants of a village who once burnt her.

While being repugnant horrific in her looks, Witch Asa managed to be as sexy as she was scary. Played by young Barbara Steele, this grim witch was the most horrific creature that appeared in the movies in the sixties.

Asa is resourceful in her witchy devices, impersonating other personages. At one point, she even pretends to be the innocent girl, begging the god-fearing priest to kill “the real witch”. The priest is about to bury his stake in the chest of the real innocent girl when he notices that she is wearing a crucifix, which is one of the things witches never do…

2. The Wicked Witch of the West in the movie “Wizard of Oz”

One of the most famous adaptations ever put on screen, “”Wizard of Oz” was also one of the first colored film depicting the fantasy realm with all its inhabitants, both good and evil. 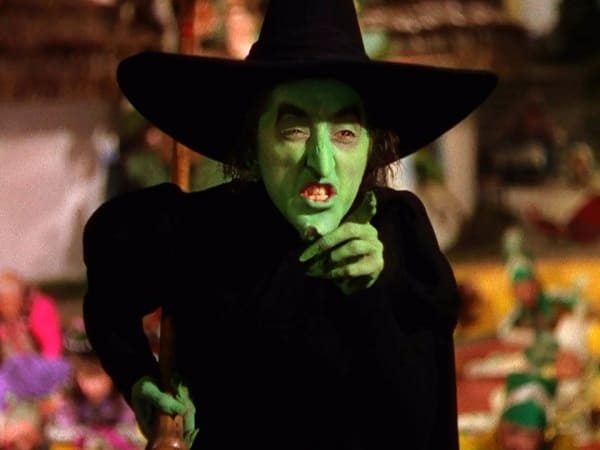 While good personages are lost and seeking home, the movie witches of OZ feel confident in their realm.

The Wicked Witch of the West played by Margaret Hamilton with her face painted green, wearing the fedora hat and always with her broom in case she needs a little flight, she is both terrifying and appealing for the younger audience, where the movie producers and director Victor Fleming targeted their fantasy film.

The movie turned out to be such an imminent classic, holding up well to this day, thanks not so much to its crafty stage design and color palette, but for the unprecedented balance of good and evil for the children’s tale.

At the end of the movie, brave Ellie destroys the witches which have to vanish in the haze, but this is all Hollywood happy ending tradition. We know that movie witches never disappear completely.

1. The Grand High Witch in the movie “The Witches”

In the movie appropriately titled “The Witches,” Anjelica Huston, a mature and distinguished actress notable for her roles for a mostly adult audience, is portrayed as the Grand High Witch presiding over the witches’ congress of sorts.

What are they up to?

It’s easy: their goal is to turn all kids into mice, luring them by candies. While being successful at first, the Witches fall on their own sword, being tricked by boys-turned- mice. Now the witches become mice, and the hunting turns onto them.

Top female celebrities who fiercely hate each other!

Playing not one of her characteristic roles, Huston, who belongs to the celebrity women and rich actresses club in Hollywood, is able to transcend female inventiveness and wickedness under the easy guidance of famed British director Nicolas Roeg, who once scared everybody with his movie “Don’t Look Now.”

As with most of the movie witches, it’s impossible not to look at them.

Who would you put on the list of the greatest movie witches of all time? Feel free to comment in the section below: