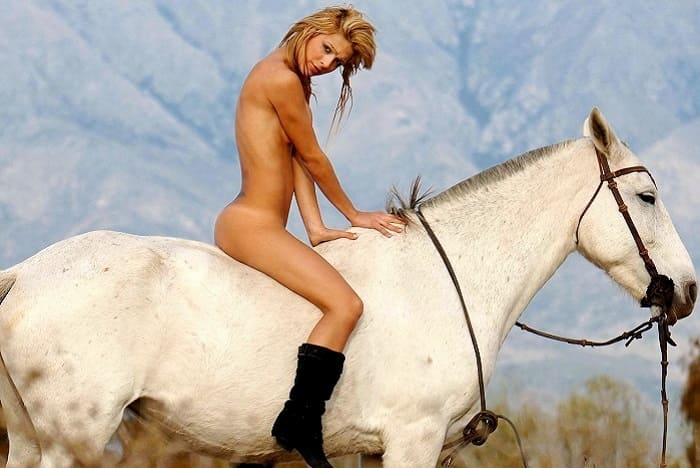 A human gets away with a lot of things, especially if this human is a woman. However, there are top-6 scandalous women whose behavior caused such an uproar that many people still remember their actions!

1. What dangers were lesbians living in medieval France exposed to?

Can you believe that woman’s interest in fencing carries the danger that people will want to burn her at the stake? But that’s what happened to Julie d’Aubigny, a 16th century French aristocrat and glorified opera singer.

As a child, she liked to wear men’s clothes. Julie was into horseback riding and fencing. When she got older, she fell in love with a girl, which caused public outrage. That’s why both scandalous women were thrown into a monastery. 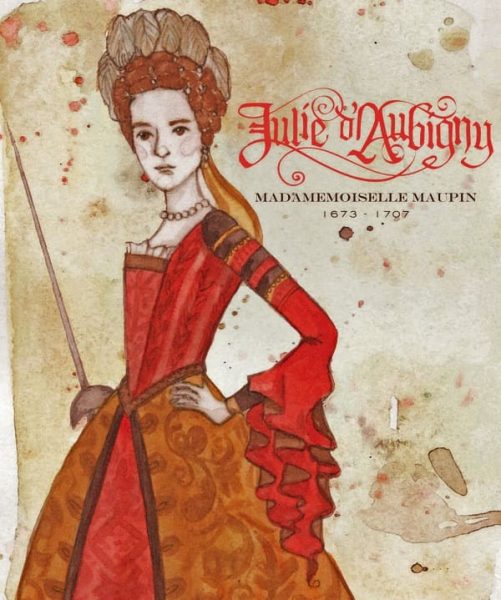 Being in the monastery, Julie snuck into a cell where her beloved stayed with the intention of getting her out of there. She dragged the body of a dead nun to the cell, left it there instead of her girlfriend, and started a fire by faking the prisoner’s death. And then, the lovers managed to run away.

One day, a man insulted Julie, and she challenged him to a duel. Being an excellent swordswoman, she pierced his shoulder. The offender ended up in the hospital, and Julie came to see him. Julie started a romantic relationship with him, and they became lifelong friends.

It’s because of such incidents not meeting the rules of public morality of medieval France that they tried to burn her at the stake. But thanks to her gumption, she managed to avoid execution.

2. How to remain an insatiable mistress if you struggle with arthrosis?

Is it possible to fool the whole world by convincing it that you are a person with an insatiable sexual appetite who has broken a lot of men’s hearts and has tried every possible way of having sex?

That’s what a writer Sidonie-Gabrielle Colette did, until the world learned the shocking truth, and she became of the most scandalous women. 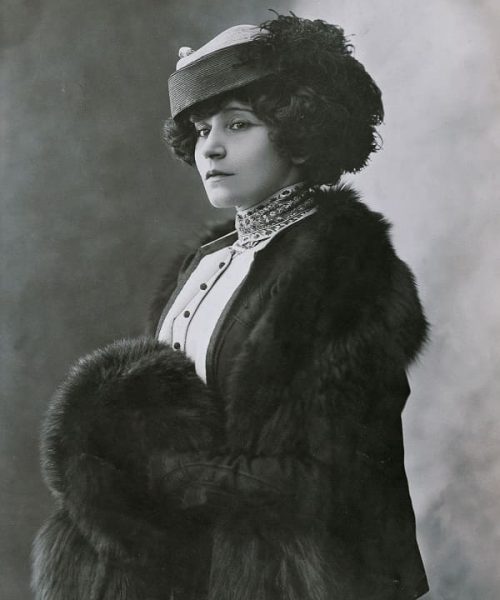 In reality, a novelist was a recluse due to her first husband Henry Gauthier-Villars.

He didn’t let her wife go outside so she wouldn’t be distracted from writing fictional stories which he published under his own name and embezzled honorariums.

Sidonie-Gabrielle divorced this exploiter and married another man, but even living with a new husband, she almost never went outside, since she almost didn’t get out of bed due to arthrosis. The attentive husband took care of her, and she continued to write novels about imaginary sex life.

When Luisa Casati was 15, she inherited the fortune of her father, one of the richest dukes in Italy.

Luisa got married, gave birth to a daughter and led a quiet family life and was a model of a good wife, until one day she claimed — “I want to become a living piece of art”.

Perhaps Luisa naively believed that women of the future would admire her. But she surprisingly got what she wanted.

Ever since she was married, she had a passionate affair with a famous poet Gabriele D’Annunzio, bought a mansion in Venice, restored it and made it a center of gravity of European artistic Bohemia. Famous artists, writers and actors gathered here. 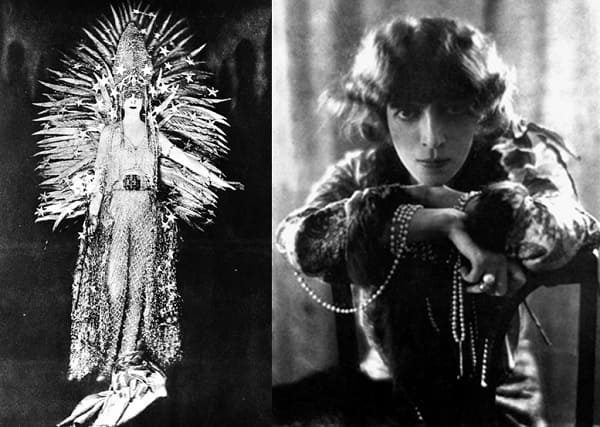 Luisa instantly swelled the ranks of scandalous women. Unimaginable luxury and exotocism of her soirées made history. She walked cheetahs on a leash, putting a fur coat on a naked body, wearing snakes as necklaces, held balls with naked waiters covered with golden powder.

Many believed that she was under the influence of a witch Cristina Trivulzio and was into black magic. Without even trying to refute these allegations, Luisa called her daughter Cristina.

More than 130 portraits of her were created in her whole life. She inspired such world-renowned artists as Pablo Picasso and Jack Kerouac.

4. Why you shouldn’t make promises when you are drunk

The inhabitants of the city of Coventry, England, pulled window shutters down at the sight of a beautiful naked countess, while she was riding a horse through the streets of the city. Didn’t the commoners want to gawk at the naked highborn lady?

It all started in the 11th century when an English count Leofric who imposed huge taxes on the inhabitants of his vassal city, and his spouse called Lady Godiva, being a sympathizer of the oppressed people, begged her husband to reduce those taxes. 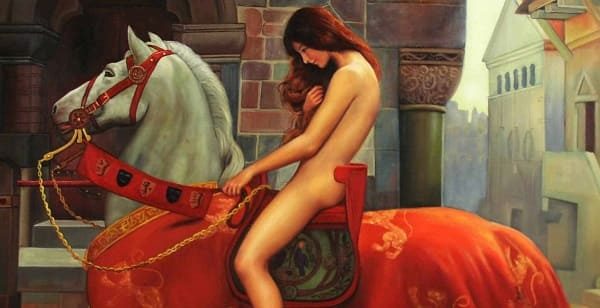 One day, when the count was dead drunk at a party, he claimed that he would reduce taxes only if his wife would walk naked through the streets of the city. He was convinced that conscience and shame wouldn’t let her do it.

But he was wrong. Lady Godiva was a strong woman and did it. The only thing that she could cover herself up with during her march was her luxurious long hair. As a sign of respect for kindness, the city dwellers pulled their window shutters down not to embarrass the countess.

Of course, such behavior was considered unacceptable by the members of elite circles, because they had never faced scandalous women earlier. However, Lady Godiva’s husband was struck by the selflessness of her spouse and reduced the taxes.

5. How danseuse dismissed the Chamber of Ministers of Bavaria

Realizing her attractiveness, she once wrote in her diary: “I’ve come to the conclusion that I need to pick up some kind of prince.” Of course, she didn’t succeed, because she picked up a king and became one of the most famous femme fatale of the 19th century.

One day, a young Irishwoman from London Lola Montez went to Spain where she took dance classes from an elderly gypsy. Back in London, she successfully danced on the stage of the Royal Theater, until a scandal broke. The danseuse bared her shoulders and lifted her skirt, which shocked conservative Englishmen. 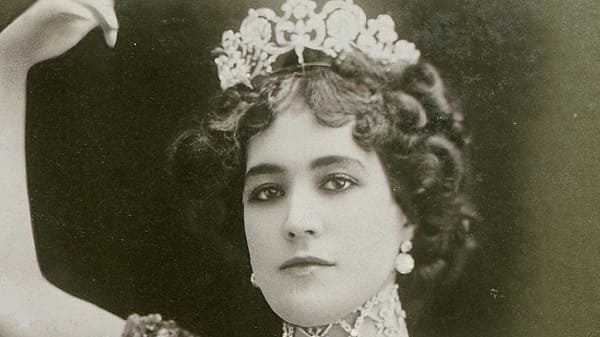 In Paris, the scandalous lady got on the stage of the Grand Opera and drove French bohemia crazy. Dumas, Balzac and Gaultier immediately got involved with her. But they weren’t rich enough, in Lola’s opinion.

So she captured the imagination of a local rich man Alexandre Dujarier. But he never got the chance to marry her, since he was killed in a duel, defending her honor.

And Lola, in turn, went straight to the king of Bavaria Ludwig I. She got in a fight with a valet who didn’t want to let her in, and when Lola reached the king, she cut up her corset in order to demonstrate the monarch that her gorgeous and sexy young body was worthy of the best stages.

The following day, Ludwig I made her the prima ballerina of a local theater and commissioned a portrait of her.

The sixty-year-old king fell so much in love that he lost his appetite. Lola behaved like a real queen, spent enormous sums of money and made scenes. She once threw a precious pearl necklace, and Ludwig had to get it back out of the flame with his bare hands.

The danseuse wandered around in a man’s suit, smoked and contantly tried to beat somebody with a whip. Even the most furious women would afraid to mess with her.

When the king awarded Lola the title of countess, the Chamber of Ministers of Bavaria rebelled and claimed that they wouldn’t tolerate scandalous women. Ludwig was given an ultimatum that ministers would tender their resignations if this adventuress wouldn’t leave Bavaria. Without hesitation, the monarch dismissed the officials.

But rumors that the elderly king was going to marry the danseuse enraged inhabitants of Munich. The king was forced to get Lola out of the city and abdicate the throne.

6. Why party girls and scandalous women shouldn’t join the army

“I’m a prostitute, but I’m not a traitor”, such were her last words uttered just moments before 11 bullets flew in her direction.

Margaretha Zelle lived in luxury until she was 13. And then her father dumped Margaretha and her mother, and they became poor. That’s why she loved money, outfits and parties more than anything in the world.

Her first arranged marriage didn’t go so well: her husband liked heavy drinking, was jealous and, in the end, threw Margaretha with her child out on the street without means of support.

To survive, she decided to start dancing and take a nickname Mata Hari which means “The eye of the day” in Malayan. Having moved from Holland to Paris, she became a superstar and one of the most scandalous women in 4 years. She had money, lovers, travels, parties and fame.

But then the First World War began, and a popular danseuse started to spy for German intelligence and, after a while, for French one.

According to one version, Mata Hari was a great spy who managed to trick the most influential politicians of Europe. According to another version, she pretended that she gathered classified data, but in reality she just spent money which was allocated to complete her mission.

In any case, on the 13th of January 1917, Mata’s party was over. She was arrested in Paris and shot in two days.

She had a chance to avoid the execution. It was enough to lie and say that she was pregnant. But one of the most outrageous women of those times renounced that suggestion (which was given by the President of France). Apparently, she wasn’t accustomed to lying.