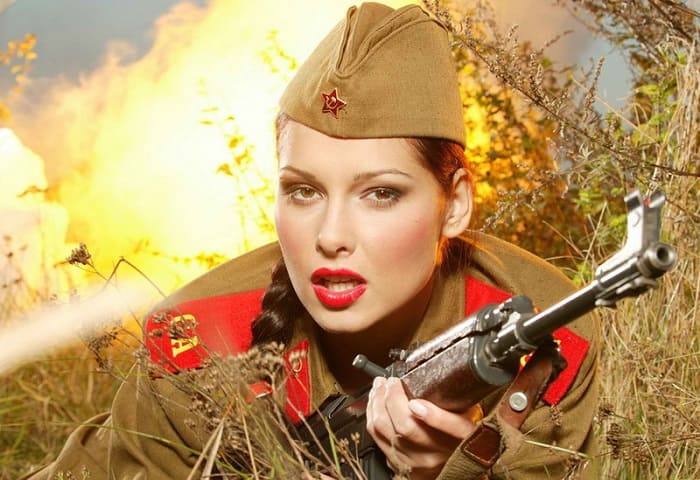 The role of Soviet women in history of the World War II cannot be underestimated. We will take a look at the facts on Soviet courageous women during the War.

The Soviet People’s Commissariats of Defense and the Navy had the right to take in the army and the fleet those women who have medical, veterinary and special technical training. Women were also active in training camps. In wartime Soviet brave women after passing this training could be drafted on par with men.

Mussolini’s women: in bed with a dictator

Reading the statements of the volunteer women who were enlisted in the first days of the war, we see that for the young people the war was very different from what it really was; that is, they perceived the whole warfare differently. Most of them were confident that the enemy would be defeated in the near future, and therefore everyone was eager to take part in its destruction. 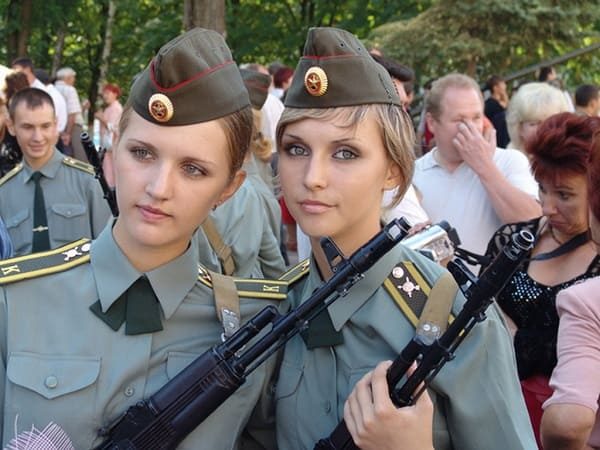 The military commissariats at that time carried out the total mobilization. Almost everybody went to fight on the frontline with exception to women under 18 years of age and those who had not been trained in the military. These were denied until a special order was issued.

How many Soviet women were fighting

There are no exact figures on the number of Soviet courageous called up to serve their land. But it is known that over 550 thousand Soviet women became actively involved in war only at the call of the Komsomol. 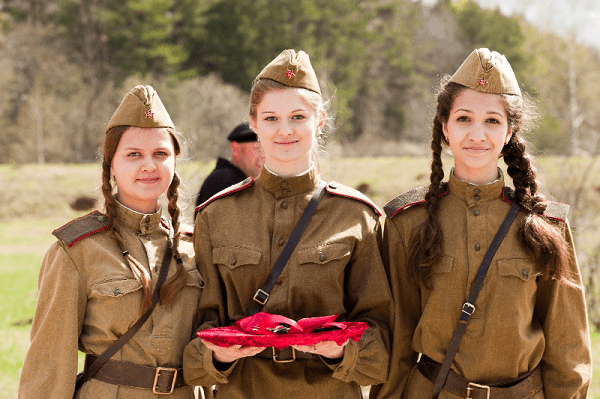 Of course, not all Soviet women actively participated in military operations. Many Soviet brave women served in various rear services: economic, medical, etc. Nevertheless, a significant number of them directly participated in the military actions. 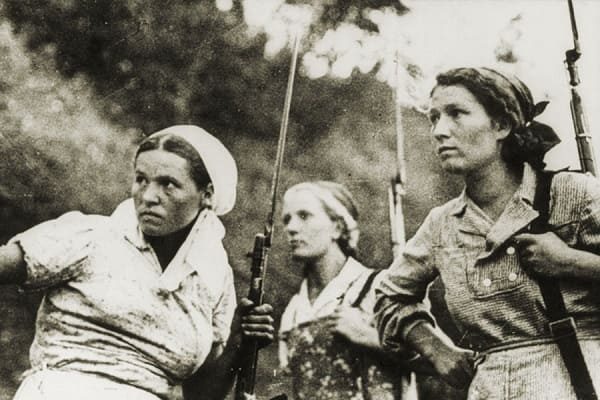 At the same time, the range of activities of women warriors was quite diverse: they took part in raids of reconnaissance and sabotage groups and partisan detachments, served as medical officers, anti-aircraft gunners, snipers, machine gunners, drivers of cars and tanks.

Soviet women also served in aviation. They were pilots, navigators, gunners-radio operators. At the same time, female pilots fought both in the subdivisions of the usual “male” aviation regiments, and in individual “female” regiments.

The largest part of women participating in War consisted of medics. Almost half of the medical specialists serving Soviet Union were women. It was estimated that Soviet women who served as medical instructors at infantry, medical battalions, artillery batteries helped over 72% of the wounded and about 90% of the injured fighters to get back on the track to military service and keep fighting. 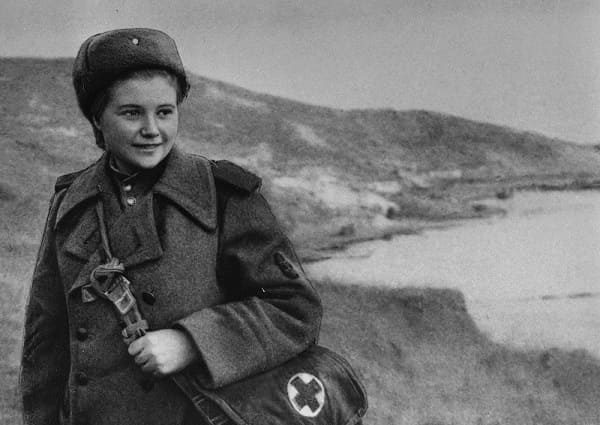 Women-physicians served in all subdivisions of the army – in aviation and naval infantry, on the warships of the Black Sea Fleet, the Northern Fleet, the Caspian and Dniepr flotillas, in floating naval hospitals and sanitary trains. Together with the horsemen they went into deep raids along the enemy lines, were active in partisan movements.

With the infantry, Soviet courageous women eventually reached Berlin and participated in the storming of the Reichstag. For special courage and heroism, 17 women doctors were awarded the highest award in the Soviet Union – the title of Hero, and some of them are placed alongside with historical female leaders.

The USSR was a unique country where women were actively fighting

No other country was ready to enlist women. The Soviet Union was the only country during the World War, as far as the role of women in the military operations is concerned. At the forefront of the battlefields, there is estimated from 800,000 to 1 million Soviet women who fought, with 80,000 of them being officers. This was due to two factors.

First, an unprecedented rise of the patriotism among young people, who were eager to fight the enemy aggressively attacking their homeland.

The second factor was a complicated disposition at all the contested armed frontiers. Losses of troops in the inception of the War resulted in the massive mobilization of women for service in the military and rear services. The amount of women who went to war was the largest in world’s history.

The mass mobilization of Soviet brave women took place on March 23, April 13 and April 23, 1942. The newly enlisted women went to serve in the air defense forces, communications, internal security, on the military roads, in the Navy and the Air Force, as well as in the communications troops.

What do you find most interesting about Soviet women who participated in the Second World War? Please, share your thoughts with us in the comment section below.