How will women of the future look like? Futurologists try to answer this question today. Let’s see what scientists think about the characteristics of women who will live on our planet in 60 years!

They will be more beautiful

Women of the close future will become even more beautiful. For example, the group of the Helsinki University’s scientists in Finland headed by Marcus Yokel came to this conclusion.

The investigators found out an inherent tendency: beautiful women give birth to 16% more children than ordinary women. And those pretty women’s children’s kids will also be good-looking, especially girls. Maybe, they will become the most beautiful women in history.

Scientists concluded that a tendency towards an increased number of beautiful women accelerates with each new generation. In this, the trend doesn’t apply to men.

The number of women will increase

As was shown by recent research carried out by a specialist in evolutionary psychology from the London’s School of Economics Satoshi Kanazama, even if both of parents are attractive they have an above-average chance to give birth to a girl. They are 26% more likely to give birth to a girl than ordinary married couples.

Therefore, in 60 years gender balance in the world will, probably, become even more upset. There will be more women than men.

Women of the future will become shorter

In spite of the fact that since the early 1900s accelerating processes are observed both among women and men, not all scientists are agreed that women of the future will be taller than nowadays. Thus, a specialist on evolution processes of the University Yell Steven Stirns together with his team conducted a research proving that women of the future will become shorter and heavier.

The Stirns’s team researched 14 thousand the medical records of Framingham’s inhabitants in Massachusetts. We can’t find out anything about women manners in the future using these records, but they can give us other important information.

The scientists paid attention to the fact that such indicators of women as height, weight, pressure, the level of cholesterol and the other indicators were directly related to the number of children that examined women had.

The research came to an unexpected conclusion: the shorter and heavier women were, the more children they gave birth to.

If this trend continues in the coming years, women’s height will decrease by 2 centimeters and average weight will increase by 1 kilogram. On average, a woman will give birth to a child 5 months earlier than now and a menopause will be shifted by 10 months.

They will become more similar

Scientists agree that modern globalization, immigration and assimilation will lead to the averaging of features of a woman’s face. Recessive signs, such as freckle, blue and green eyes will become rear.

In this, the full mix of races can never happen. In particular, the evolution of a face will depend on many factors.

In some places, where unique physical features are adapted to habitat, and, in that regard, have a strong evolutionary advantage, the change of features will occur slower. And where blonde hair and blue eyes are non-native elements (for example, in America), they will disappear quickly because they are unnecessary.

Nevertheless, women, of course, won’t become absolutely equal. Today it’s possible to change the color of eyes, hair, the form of a face, and in the future, probably, it will be possible to program a kid before birth due to the development of gene engineering and with the help of pigment cells.

They will have an impact on business

Do you wonder what will women do in the future? According to scientists’ forecasts, already the next century can be conditionally called the age of matriarchy. Women received a possibility to occupy important posts just a century ago, but year after year the number of women engaged in management and business is increasing.

The investigators of The Massachusetts Institute of Technology came to a conclusion that women would have more perspectives as managers than men.

This conclusion was reached while watching the life of some Indian villages where women occupied the seats of the heads of local councils. It was discovered that women took more care of fellow-villagers and took fewer bribes than men.

However, women logic is still considered bad, and they are considered inconsistent in their decisions. Perhaps, this is the influence of gender stereotypes but a question “What world will be better: patriarchal or matriarchal?” is still “hanging in the air”.

Scientists from different countries agree that in the future people won’t need sex to continue the family name. With the appearance of INF (in vitro fertilization) technology when specialists learned to freeze the egg of a woman and the sperm of a man, science made a huge step forward.

At present, experts are concerned about what women will like in the future: whether they will need sex or it will be no longer needed. 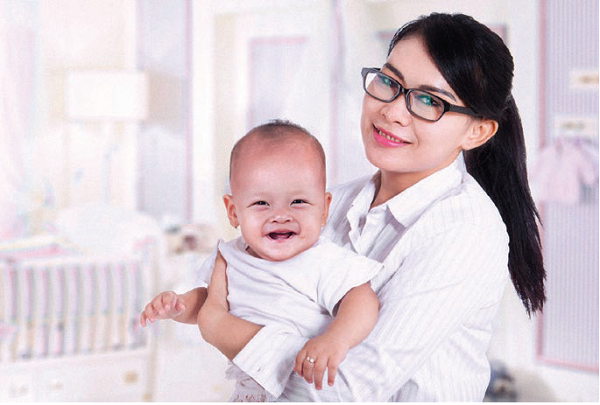 Having made a number of studies, Dr. Henry Greely from the Stanford University came to a conclusion that in the future children will be created in test tubes. (Do you also think that it’s one of female inventions?) A married couple will be able to choose the strongest and smartest embryo. The scientist assumes that women will lose their will to give birth to children in natural way.

Specialists note that in recent time the cases of young people’s voluntary refusal of sex have increased. People practicing such a lifestyle state the sharp rise of productivity and motivation. Moreover, they have a stable mental and emotional state and acquire spiritual balance. One of the differences between men and women is that because of the characteristics of women’s organism, for females it’s easier to do without regular intimacy.

And we as men will hope that women of the future won’t be tyrants or workhorses, but will be noble and grateful muses for us, who are able to forgive and love, retreat and inspire. It’s this woman raises love in a man and makes him strong for making heroic deeds, self-improvement and meeting her expectations.