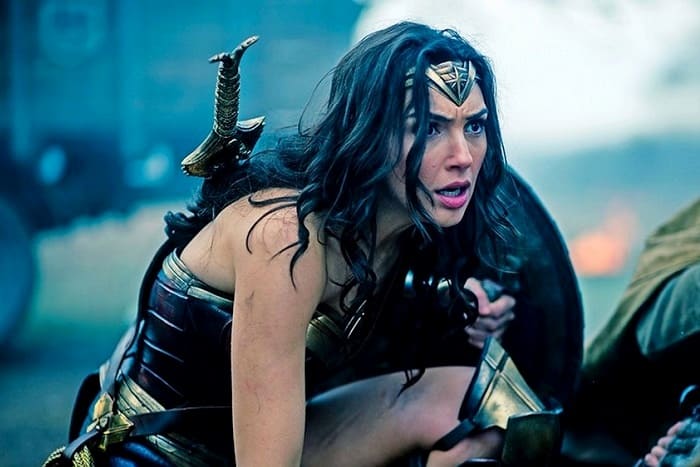 The image of Amazon females, warriors who can give a head start to any male warrior in the art of the possession of weapons, has been bothering men for thousands of years already.

There were a lot of women in history who were considered a part of the myth about amazons. For example, the maenads of Dionysus, Scythian female warriors and even the Indians of South America.

Amazons were the admirers of the God of madness

A myth about Amazon beautiful females is considered to be very ancient. It relates to a lost Minoan civilization from the island of Crete, that is, to the end of III-II century B.C. It is associated with the cult of the Great Goddess and matriarchy. 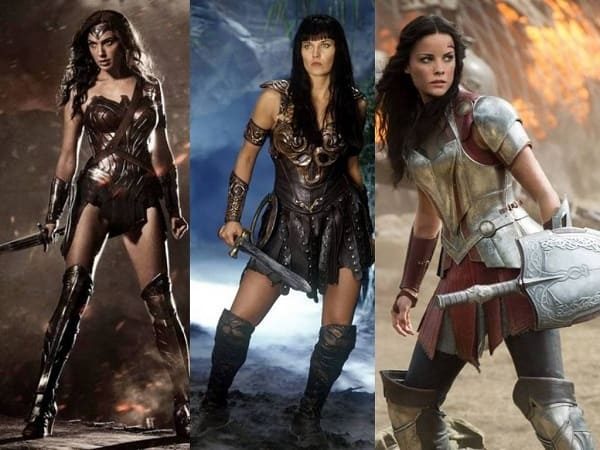 As a proof, researchers provide the cult of Artemis, a goddess and a virgin hunter who was considered to be the patroness of Amazons, and also her constant companion, according to some versions, her male form, Dionysus. The ancient admirers of Dionysus are often associated with Amazon females. The female troops of the ancient Greek god of winemaking and madness really terrified contemporaries.

They were very strange women. Being half-naked, wearing the skins of animals and vine leaves maenads (or bacchantes), which is literally translated as “going crazy”, ran around the surroundings scaring people and turning into a temporary “natural disaster”. 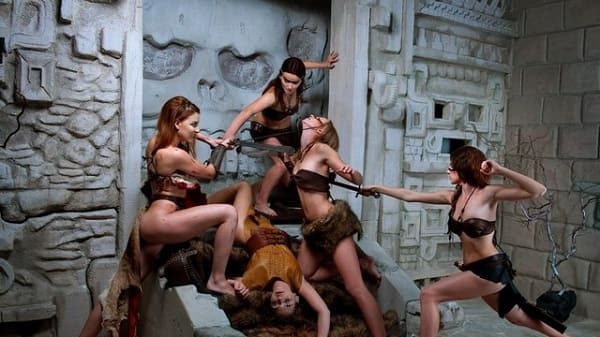 However, they weren’t limited to animals. There is a myth about Orpheus who was mauled by maenads whether because he had witnessed their mysteries or because he had forgotten about Dionysus while singing Gods.

The King Perseus, who chased maenads through the woods in order to return his mother addled by Dionysus, met the same fate. Could maenads become the prototype of Amazons in the stories of ancient authors? Well, it is quite possible taking into account that it’s generally believed that the social reason of bacchanalias is women’s escape from routine concerns and the foundations of patriarchal society, at least temporarily.

Every other day of the year a woman had to be quiet, exemplary and law-abiding. But in the days of the glorification of Dionysus she could put aside all prohibitions leaving behind a house, a family and duty in order to dance to exhaustion and glorify their God not fearing death threats for their behavior.

Even Heracles was glad to defeat the Queen of Amazon females

And yet, the descriptions of bacchanalias reminds the subsequent picture of the medieval coven of witches somewhere on the Bald Mountain rather than beautiful female warriors, the daughters of Ares who terrified people and were admired by Hellenics. 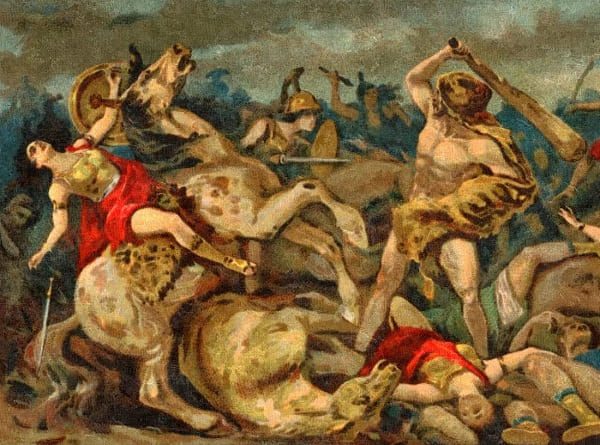 Even Heracles, who, thanks to trickery, took possession of the belt of the Amazons’ Queen Ippolita, set this feat on the same plane as a victory over the Nemean lion and the lernean hydra. And if we go back to ancient Greek stories about Amazons, ancient authors placed their location somewhere on the periphery of their oikumene, that is, on the coast of the Black Sea and Azov region.

Most likely, it can be related to the collision of Greeks with other cultures, where the characteristics of matriarchy still remained. In comparison to a Greek woman who in classic period most part of her time timidly sat in a women’s part of a house (gynoecium) and was obliged to obey her patron without any objections, freedom-loving Amazon females could seem fantastic creatures to Hellenics, on the equal basis with sirens, one-eyed Arimaspis or gryphons.

Amazons lived almost in all parts of the world

In contrast to Australian aboriginal women who always lived on one big island, with the further discovery of new lands and the expansion of borders of human’s oikumene, the fabled country of gorgeous Amazon warrior females moved further to the outskirts of the map.

First their homeland was Black Sea Coast, then India, in medieval times – the Central and South Africa, and also the uncharted islands of the Indian Ocean. With the opening of the New World, the admirers of the ancient myth got one more hope.

Thus, Spanish officials, Juan de San Martina and Antonio de Lebrihi who participated in the campaign of a conquistador Gonzalo Jimenez de Quesada on the territory of modern Colombia in 1539, told about a certain people of women living on their own without men.

Amazon females had babies from their own slaves

According to the records of travelers, American Amazons had babies from slaves that they had purchased, and if a boy was born, he was given back to his father who also hadn’t remained with those women. If a girl was born, she was raised diligently. 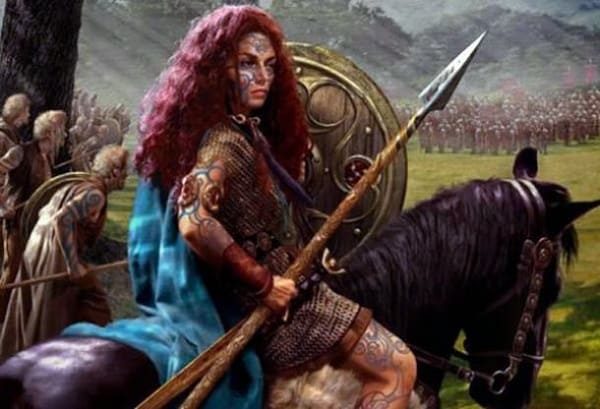 In the report of another expedition headed by a conquistador Francisco de Orellana, the pioneer of the Amazon, monk Gaspar de Carvajal mentioned his heroic battle against Amazons. Actually, there were skeptics who hadn’t believed him.

Spanish author of “The stories of India” Francisco Lopez de Gomara, in response to all the impressive stories of travelers, commented that “other people, besides Orellana, told the same fable about Amazons since India was discovered, but such a thing has never happened, and it won’t ever happen. Because of this deception, some people already write and say an expression “the river of Amazons”, and many expeditions want to go there”. Thus, a dream about the tribe gave a new name to the largest river in the world.

Are the tribes of Amazon females really just the work of Greek authors’ fiction? Nowadays, when “all islands are discovered” we can search for fabled female warriors only in the past.

In that case let’s go back to basics, or rather to the shores of the Black Sea and Meotid (Azov Region) where the river Tanais flows, now known as Don. Herodotus told that Amazon brave females came to this region from Asia Minor, where they head been seized by Hellenes during the battle on the river Thermodon. Nevertheless, women who were loaded on ships, attacked Greeks in open sea and seized the vessels. True, in maritime affairs they gave way to their invaders. 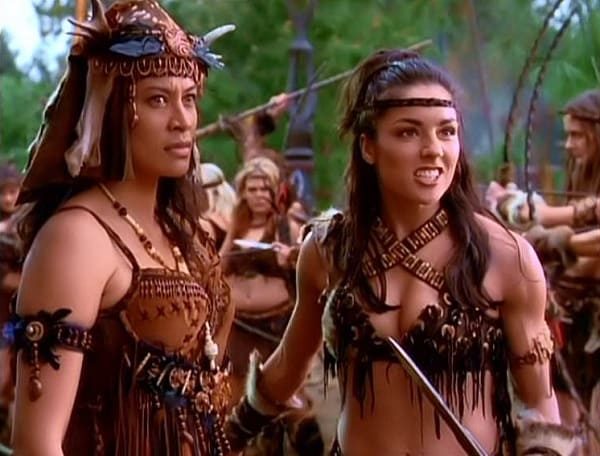 Not being able to control the ships and navigate in the sea, they weren’t able to come back home. Having thrown themselves into the power of wind, they reached Azov region, where they seized a bunch of horses and started robbing Scythian land.

Almost in 400 years after Herodotus, Roman historian Pompey Trog in the Ist century B.C. reported that Amazon revengeful females were the wives of Scythians who had left Black Sea coastal lands and had gone to the Asia Minor’s river Thermodon. All Scythian men were killed there, and their brave women took up arms, having successfully protected their lands from enemies.

Perhaps, exactly Scythian and Sarmatian women, who often had to fight hand-in-hand with men, became the prototype for the dissemination of a myth about Amazon females. After all, Greeks had to deal with each of them.

A lot of Amazon graves are found nowadays

Scythian mounds of the south of Russia that archaeologists have been systematically digging up since XIX century already, confirm that many facts from Herodotus’s and the other ancient authors essays is truth. Numerous graves of armed women are found there.

The signs of battlefield injuries such as fractured skulls and bones are often found on their remains. They are caused by the strikes of pricking and chopping arms. Sometime researchers find the tips of arrows in the Amazons’ bones. Many of them had the change of phalanx on two fingers of the right hand, reflecting constant archery.

In medieval time Scythian Amazons, evidently, were replaced by Khazar. Many female Khazar graves of all age were accompanied by arms, primarily by axes. The remains of some young female warriors were found with the complete set of weapon: bows and arrows, knives and even swords.

By the way, such “Amazon nice females” were buried separately from men, in specially constructed graves, while ordinary women who were buried with mirrors and jewelry were placed in couple graves.