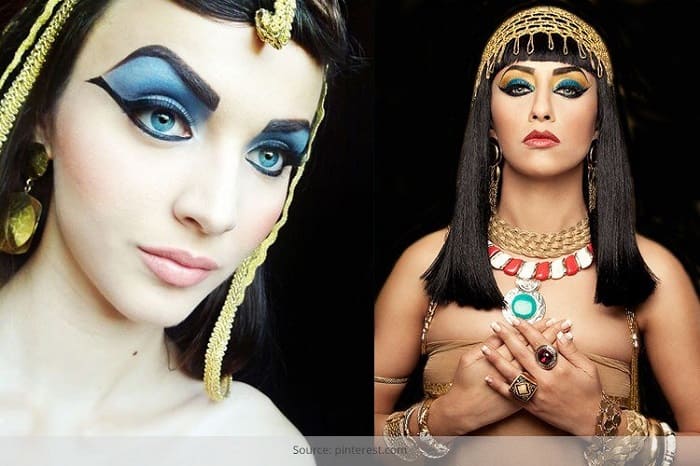 How did Ancient Egypt women live? What were their lifestyle and habits? We will take a glimpse into the life of Ancient Egypt enigmatic women.

7. Polygamy was rare in Ancient Egypt

Despite slavery that existed in Ancient Egypt and that was hindrance for African women, the marriage procedures were similar to one’s customary in the modern civilized world. Yes, that means that a guy had to propose to a girl.

The polygamy tradition prevalent in the Middle East was non-existent in Ancient Egypt. All marriages were monogamous.

The rare exception to this rule is marital relationships between pharaoh Amenemhat the Second. He had two wives, Debit and Gnut. These two wives were real friends and even named their respective daughters after one another.

In the lower class of Ancient Egypt citizens, there were cases of polygamy, too. There were no regulations that banned polygamy, but in practice that rarely happened.

The marriage unions were sealed mostly at the earlier stages of the lives of both men and women.

There is little information about the practice of divorce in Ancient Egypt. Some sources claim that divorce didn’t exist in Ancient Egypt whatsoever and women didn’t go through all the complications it could have entailed. 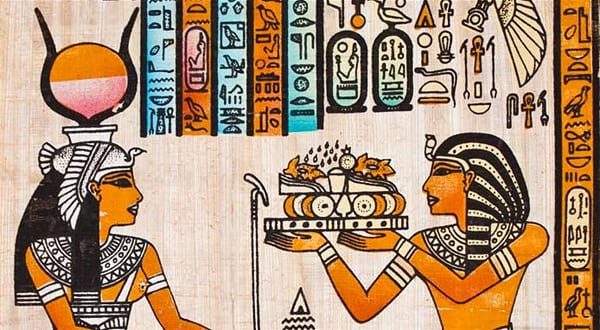 However, it is very well known, that both Ancient Egypt men and women didn’t take marriage too seriously. It was a sort of rules-free and obligations-free union.

Sounds familiar? Unlike modern practices in some Scandinavian countries as well as in France, marital obligations-free marriage was the consequence of the lifestyle Ancient Egyptians used to lead. Ancient Egypt was constantly in war with its neighbors, and most men knew that they have to go to war at some point in their lives. Therefore, no long-term obligations were possible.

Unlike many ancient kingdoms, Egypt was quite an equal rights kingdom. Both sons and daughters could inherit the throne and become the ruler of Egypt.

This is with the Ancient Egyptian tradition to draw the family line from the mother’s side, and not from the father’s. Why? Because Egyptians justifiably assumed that the inheritance can only be proven if you know who is the mother of a child, right? The father could be anybody…

4. Did pharaohs really marry their sisters?

There are several types of research that claim that Ancient Egyptians practiced incest.
That is, the pharaoh could marry his own sister! This hypothesis stems from the fact that the writings on the ancient Egyptian ruins read “sister” where “wife” was supposed to be written instead. 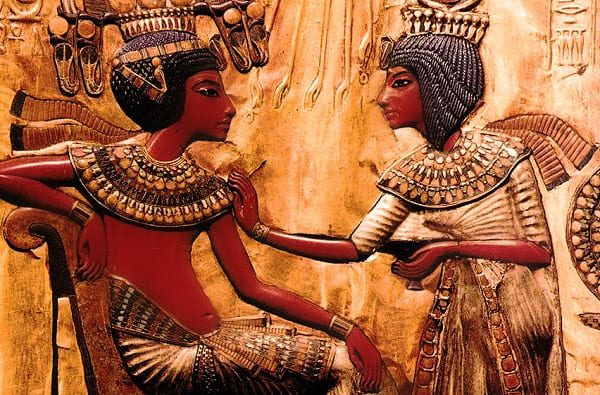 Another source of this speculation comes from the Ancient Egypt mythology. There are famous episodes when top Gods Osiris and Seth each married their respective sister.

However, those who oppose this incest theory claim that the word “sister” had more than one meaning in Ancient Egypt, and could mean just a “beloved one.”

Another speculation comes from the experts on the social life in Egypt. They claim that the word “sister” designated society girls famous for their frivolous manners. No certainty here.

Both female and male clothing in Ancient Egypt were laconic and simple. At the beginning, it consisted of an overlying sundress, which was held on one or two straps and called kalaziris. Its length reaches the ankles and leaves the chest opened. Nudity, apparently, did not bother the Egyptians.

In the era of the New Kingdom, women’s costume changed significantly. Former garments remained the lot of simple people, while noble women preferred over traditional kalaziris wearing clothes that were beautifully draped and intricate; leaving one shoulder bare.

In Ancient Egypt, aristocratic women wore wreaths of flowers and tiaras made of fine metals.

For Ancient Egypt women, beauty was everything. They worshiped beauty to the point they considered those endowed with beauty to be the holy ones. 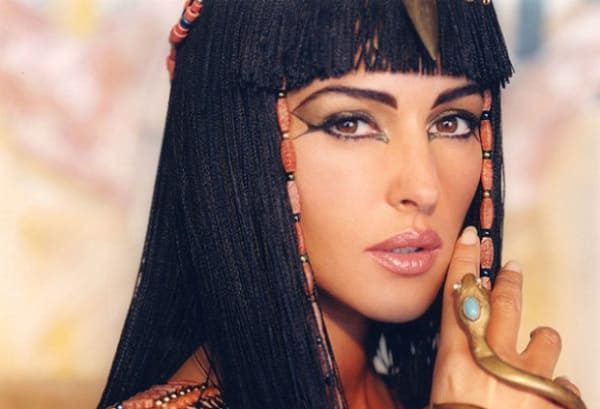 Even the cosmetics were considered holy as they enhanced the natural beauty of women.
Egypt was full of manufacturers and merchants specializing in makeup and its tricks.

There are cosmetics found even in the tombs, which signifies that the Egyptians viewed the cosmetics as one of the magics of the being, with spiritual and religious meaning.

While all classes of Ancient Egyptian beautiful women used to wear cosmetics, the makeup was in fashion only among the higher classes, as it was an expensive feature to have.

Women of the Egyptian aristocracy were famous for the tradition of making their skin very pale using creams and powders. The skin of lighter tones signifies the higher ranks for Egyptians.

In Ancient Egypt, women held the same positions as men did. The three most famous women of Ancient Egypt became the rulers of the country, or pharaohs. This makes the Ancient Egypt the most progressive country across the globe, on the same level only with modern Northern European country where gender doesn’t count, something else does. These were brave women Nefertiti, Nefertari, and Hatshepsut.

A woman could become virtually of any occupation. There are depictions of women harvesting, of women participating in the temple’s rituals, of women professionally dancing and singing. They set an example for powerful black women for years ahead.

We know about this because some of the tombs of the most prominent women are inscribed with the main occupation they had during their lives. Among such found titles, for example, are: “The Overseer of Female Physicians”, “Director of the Dining Hall”, and “The Overseer of Funerary Priests.”

Ancient Egypt ruling women become the most famous women in history of the Ancient world.

Ancient Egypt women apparently led a very rich and eventful life. Which country would you compare Ancient Egypt to in terms of the place women had in society? Feel free to comment in the section below: