Korean women live very specific life, and it is different in South and in North Korea. So, what are the most interesting features of Korean women in both countries?

Korean women differ in their appearance, clothes, traditions, values depending on the part of Korea they live in. Political, social and cultural situation within the country undoubtedly leaves the trace in their perceptions of life, attitude to work, marriage, their sexuality. When the world talks about beauty, attractiveness, sexuality and magnetism of Korean women it is South Korean females that are usually implied. And there are obvious reasons for that. So let us have a closer look at the major differences between North and South Korean women.

Focus on appearance as a widespread trend among Asian women

It is not a secret that plastic surgery is in high demand among Asian women. This procedure is a key to successful life for some, and a chance to earn money for others. South Korean women are not an exception in this respect. According to the findings of various questionnaires every fifth South Korean woman makes plastics. And it is not something extraordinary or unusual for the society. 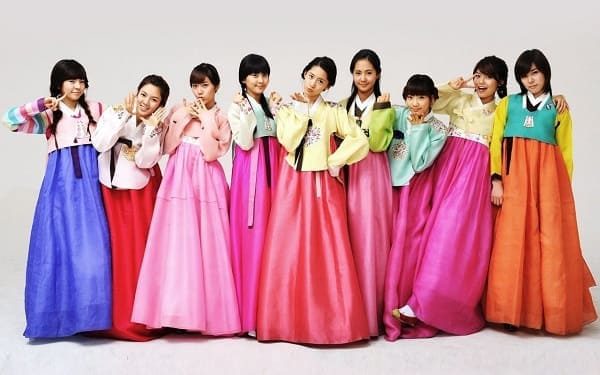 The last trend among females is creating a smile. For this purpose edges of lips are raised and it creates an illusion of a tender smile (Source).

Unlike their neighbors from South Korea, North Korean women are far from medical advances in plastic surgery. They attract and charm mostly with their natural beauty and simplicity as very frequently they are deprived of a chance to follow fashion trends of the world, and they cannot buy modern designer clothes.

In addition to this, North Korean women have to wear clothes with a pin showing their loyalty to their political leaders and country. Even their wedding dress must have such pin. And the typical places where wedding photos are taken are their political leaders’ statues. Specific uniforms can also indicate the educational level among North Korean women – primary, secondary school or university.

Of course, the look and the appearance in general of South and North Korean females differ greatly. Girls from North Korea look modest and countrylike in comparison with chic and sexually unfettered South Korean beauties.

Korean women from North and South differ in terms of working life as well. North Korean women are believed to earn more money than men. It is somehow connected with the fact that females mostly occupy the black market while men have to work in state organizations. Women work long hours in harsh conditions which lead to serious problems with their health. Malnutrition is also the major cause of different illnesses. 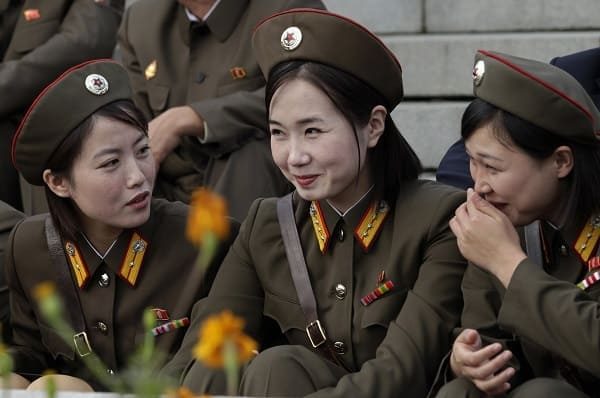 One more interesting fact about North Korean females is that military service is compulsory for them and should be done until the age of 23. So women in North Korea are strong, independent and are used to relying only for themselves. Of course, this involuntary equality with men deprives sexuality and courtesy of them. They lack feminine charms and lightness (Source).

In South Korea women are not supposed to work especially after marriage. Their main responsibility is to do household chores, bring up the children, take care of a husband.

Many Korean women quit companies after they get married. Some companies employ women just for creating special atmosphere in the office because it is a well-known fact that Korean women are really beautiful.

As a rule, women do not occupy high level positions in companies. Though many people are convinced that this situation will change soon as Korean women get higher education at universities at home and abroad, and they really want to make a career. So there is even an opinion that this is the last generation of housewives in South Korea. Women are becoming ambitious and gradually they are conquering different areas of life.

Another quite shocking fact is that 1 of 25 of South Korean women have work experience in sex industry – either as prostitutes or providing escort service or just as “entertaining girls” for secret dating with men in bars and karaoke clubs (Source).

Peculiarities of marriage and family life of women in Korea

Marriage is another area in which North and South Korean women are different.
The representatives of South Korea are real women in a traditional perception of family life. Their role in a society is restricted to household duties and bringing up the children. They are not supposed to be scandalous or too demanding. 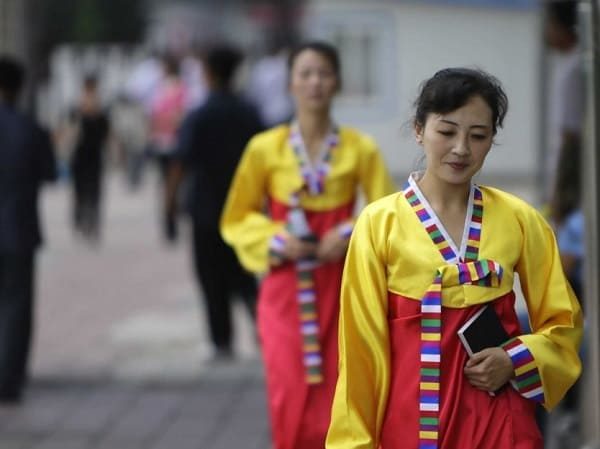 Men are considered to be breadwinners of the family while South Korean women are associated with peace, warmth, beauty and sexuality.

Women in North Korea have equal rights with men. So this equality influences not only work, but family life as well. So having to work long hours does not leave much time and energy for females to care about their look and womanhood (Source).

Korean women are highly valued in neighboring China. They are the main source of human trafficking (Source).

10 weird facts you didn’t know about the hottest Korean actresses!

North Korean women are not allowed to do this. Internet is not available and not allowed for them. There has even been an atrocious case when a woman was punished by firing squad for watching films from South Korea and lending these DVDs to her friends.

So South and North Korean women are different but this difference can be due to their social and economic backgrounds. And, of course, all this impacts their life in general, relationships, attitude towards their sexuality and self-confidence. While women from North can allure of their plainness and traditionalism, South Korean girls seduce by their sexuality, attractiveness and sensual body shape.

Do you like Korean girls? Feel free to share your comments below or send us your own story!