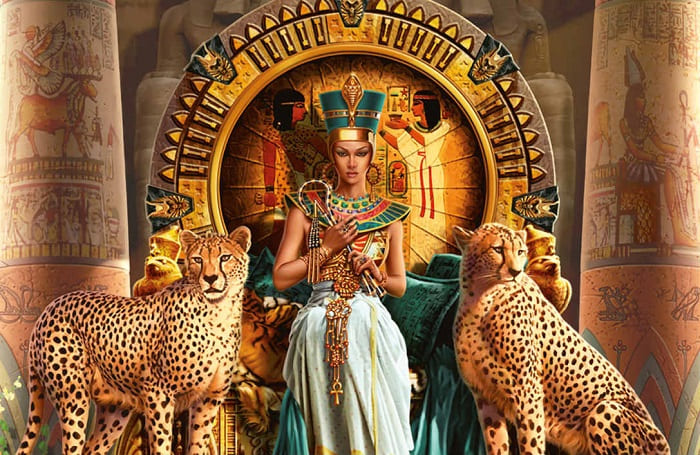 There were many women kings in ancient history. Here you can know about the most famous and warlike of them.

7. Artemis, the Queen of Halicarnassus

Artemis was fortunate to have been governing one of the Persian states.
She was fortunate because coincidentally this town gave us the most famous among the ancient historians, Herodotus, who carefully observed in his multi-volume book the deeds of all kings and queens known to him. 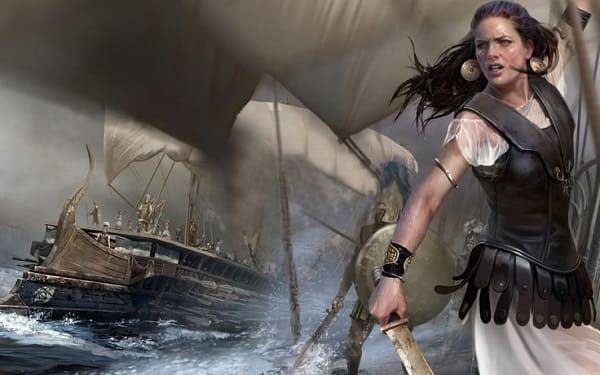 What is Artemis famous for? Once she was eager to help the Emperor of Persia, wealthy and wise Xerxes, when he was struggling to defeat the Greek’s fleet. She sent five ships (it was a lot back then!) in the eponymous battle of Salamis.

For that, she became a target for the revengeful Greeks who put her in “dead or alive” list, promising a huge sum of money, but Artemis managed to evade the hunters aiming at her.

Being good in politics didn’t make her happy in love affairs, and she committed suicide after her paramour, who was much younger than her, rejected her love.

6. Cleopatra, a female ruler of Egypt

Ancient Egypt is known for a long string of women noble kings. Why would the queens be in place of kings? 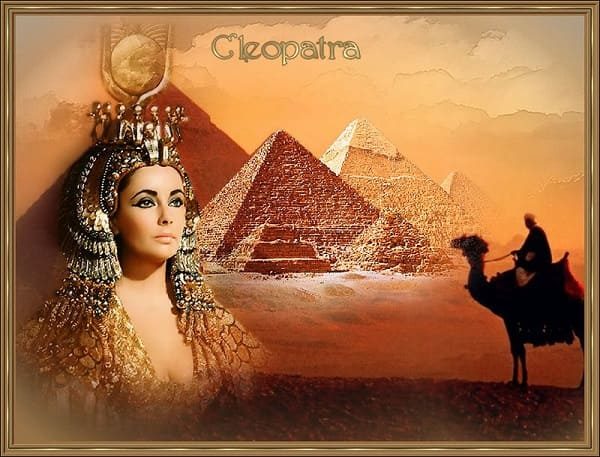 That is with the inheritance regulations that existed in Ancient Egypt. A girl could inherit the governance of the country if she was the only daughter of the current pharaoh.

Among these women kings of old Egypt, Cleopatra stands out. She was the last queen of Ancient Egypt, and the most famous/ infamous among them, too.

What is Cleopatra known for?

Cleopatra made a connection with then-emperor of Great Rome, Julius Caesar, the connection which led to numerous repercussions. Politically, it was a win; Julius Caesar fell for Cleopatra and managed to restore her as a ruler of Ancient Egypt when she once lost her power.

What is more, the rumor says they have a child together.

After Caesar was assassinated in the infamous episode, Cleopatra was in the focus of attention of Marc Antony, the successor to Julius. At the time, she was suspected to be plotting against Caesar, and it took all her power of persuasion and seduction to convince Marc Antony otherwise. They were officially married and had children.

Because of her insidiousness and ability to infiltrate into the elite of Rome, Cleopatra managed to keep her Kingdom intact and well under the Roman rule.

Cleopatra became one of the first femmes fatales in history.

Another Cleopatra in the string of women kings is here. Now we are talking about Cleopatra Thea, a Syrian female king who was the ruler of Syria when her spouse, Demetrius, was busy fighting the Parthians.

Demetrius was held imprisoned until the end of his days, while Cleopatra Thea co-shared ruling duties with her new husband, Antiochus VII.

The further story reminds us of the story of Hamlet. Cleopatra was poisoned by the cup taken from the hands of her own son, who, in his turn, knew that she wanted to poison him with this cup, and tricked her into drinking it.

A fabulous Celtic princess, Elen Luyddog, got engaged with one of the Roman chieftains, the equally legendary Magnus Maximus. After Magnus got as high as becoming the Emperor, owing it to his victories over the Brits, Elen became an official Empress. 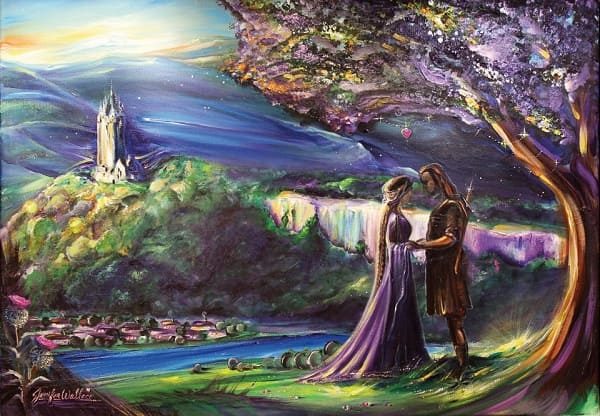 Elen loved to learn new things and advanced in her knowledge of religion, philosophy and politics.

When Magnus was killed, she became the sole ruler of the British Empire, one of the women ruling kings in the history of the Isles.

She was a wise governor and religion-conscious. The baptism was her cause, and she turned the whole population of her country into the believers.

She is also known as a road manager and builder: on her orders, the roads were built that connected assorted tribes scattered around the Empire. Some of these roads still remain intact. They are nicknamed Elen’s Highway, appropriately.

3. Nefertiti: a pharaoh of Egypt

Another Egyptian entry in our list of women ancient kings is the legendary Nefertiti, who to this day remains an inspiration for femmes fatales and queens of the world equally. 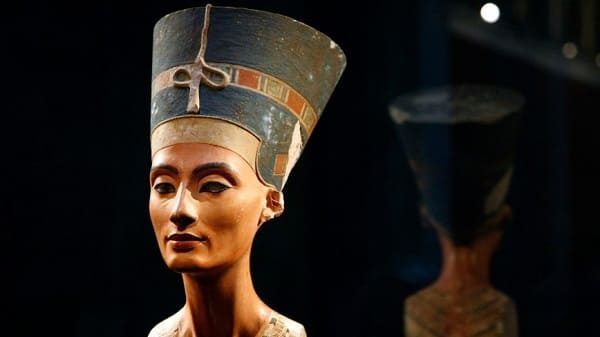 Why? Nefertiti stands apart from the rest of women rulers and kings in our list because of her mysterious disappearance after 14 years of her reigning. There are three theories regarding that episode:

Second, she assumed a male identity.

Third, she opted to worship Aten, while her co-rulers opted for worshiping Amen-re. That made Nefertiti in opposition to the ruling class, and she was killed.

The enigma of Nefertiti is one of the greatest in world’s history. She is considered on par with Greek goddesses. Her life path set the example for African women.

2. Semiramis, one of the women kings of Babylon

Semiramis was the fabled ancient Assyrian queen; Her whole history is barely reflected in written sources, while the legends about her semi-god-like appearance and rule are numerous. 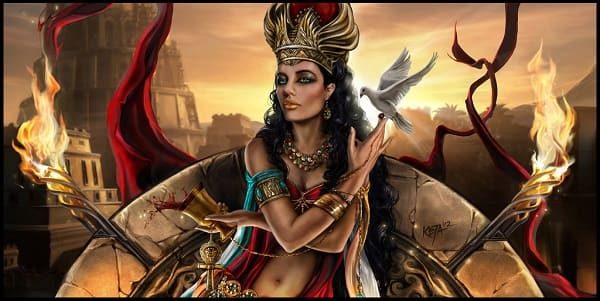 One of the legends says that Semiramis was raised by doves in the desert. While another claims that she is the daughter of a fish-king, no less.

Semiramis was notoriously wanton. Her promiscuity showed itself in a string of short-term affairs with good-looking soldiers of the Assyrian army.

That cost soldier who slept with. It is said that everyone she slept with was killed the morning after.

In Dante Alighieri’ “Divine Comedy” Semiramis is put in the Second Circle of Hell, which was a territory for amorous individuals condemned to hell for their lust.

1. Zenobia, a female ruler of Palmyra

Zenobia was a woman king who participated in war affairs hand-in-hand with her husband when Palmyra’s ambitions were stretching to conquer nearby lands. 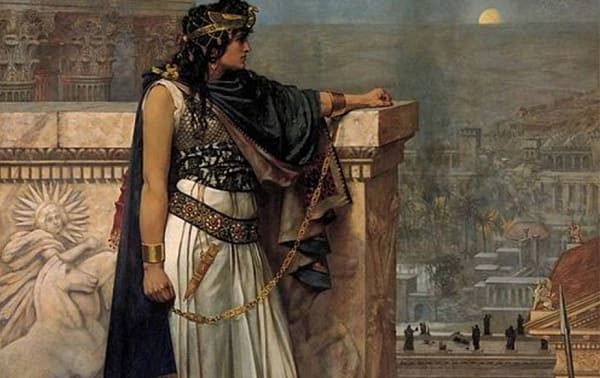 In the battle near Antioch, Roman legions destroyed Zenobia’s. She had to run for her life to Emes and then to Persia. But the Emperor sought and found her. All existing Planarian soldiers except her were executed.

The final days of Zenobia are clouded with mystery. Some say she committed suicide, some that she went on a hunger strike and died, yet other sources claim that she was beheaded.

It is curious that Zenobia’s chief adversary, Aurelian, praised her for unusual resourcefulness highly, claiming that one must fear such a woman.

Zenobia, one of the most successful women kings in history, is quoted as saying, “I am a queen; and as long as I live I will reign.”

Who would you put in the list of notable ancient women king and why? Feel free to comment in the section below.