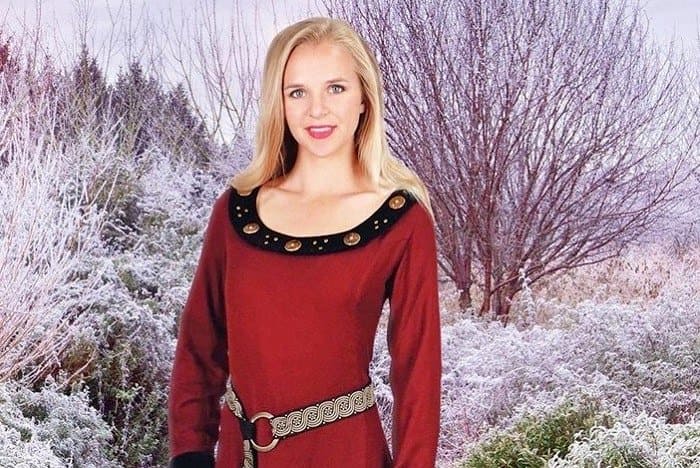 In modern movies about women’s life in the Middle Ages, brave knights would do anything for a pretty lady. But was there really so much romance in the life of medieval woman? Let’s check out 10 interesting facts about them.

One of the most interesting facts concerning women’s life in the Middle Ages is that women belonging to landed gentry, i.e. the landladies of manors (feudal estates) often had to single-handedly manage their husbands’ lands which included castles, farms and so on. 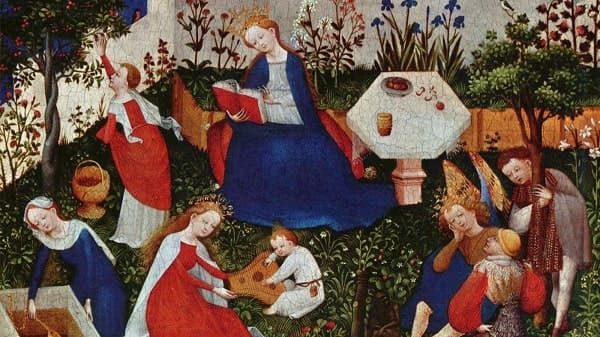 If necessary, they disposed of hundreds of land acres, harvest, cattle, real estate, many workers and their property, participated in litigation, repulsed armed attacks and sometimes even took part in them themselves.

Those European women even had to keep an eye on the progress of fieldwork and punish negligent workers if needed.

It’s clear that such a wide range of responsibilities required extensive knowledge of law, accountancy, agriculture and martial art, not to mention cookery, medicine and handicrafts.

9. Noble women went to a monastery to avoid marriage

Statistics relating to women’s life in the Middle Ages showed that in Medieval France as well as England one out of ten women didn’t get married. For the representatives of the upper-class, a monastery became a feasible alternative to family life since a certain time.

Monasteries hosted girls whose relatives weren’t able or didn’t want to find grooms for them. The monasteries served as both a jail for rebels and a shelter for intellectuals.

Convents were the only alternative to marriage for noble women who, as opposed to the members of other estates, were prevented from choosing by birth.

Since monasteries were self-contained, nuns worked at least 6 hours per day obeying the order of St. Benedict which said: “Sloth is the enemy of a soul”.

The mother superior of a nunnery was one of the highest statuses available to Medieval women. She was responsible not only for the spiritual life of her flock, but also administered a monastery, just like a landlady ruled her manor.

8. Women in monasteries did a man’s job

With regard to women’s jobs in the Middle Ages, in XII-XIII centuries nuns performed all necessary types of work without the help of men. They took the trash and swill out, dragged water, chopped wood, prepared a meal, cleaned up, did the dishes (at the end of the Middle Ages this work was performed by servants). Moreover, nuns worked as blacksmiths, dug graves for the burial of dead sisters.

Many monasteries provided asylum to widows and noble virgins who lived side by side with nuns, while not making vows.

However, there was even the time for quite innocent entertainment in women’s life of the Middle Ages. On holidays, nuns played games and danced with monks from neighboring monasteries.

7. Women were allowed to do business and transfer responsibility for it to her husband

A representative of the bourgeoisie, a woman from a trade-related or a handicraft family, was called a free townswoman.

As concerns women’s role in the early Middle Ages, she was required not only to keep a household, but also to help her husband do his job in a workshop or a shop.

A free townswoman could either be engaged in his craft, or start her own business. A number of independent women increased immensely after the Great Plague, when Europe lacked labor.

In London, women weren’t officially barred from access to any occupation. There is also evidence that they were engaged in many handicrafts.

In fact, a married woman belonging to the estate of craftspeople had 2 advantages compared to a man. First, she was able to do business at her own risk or, if desired, transfer her financial responsibilities (including potential debt) to her husband.

Second, an urban ordinance issued in 1363 in London said that a man was permitted to practice only one craft, whereas a woman was entitled to practice as many crafts as she wanted. As a result, women often pursued 2-3 occupations.

6. Medieval men were entitled to all the property of their wives

Women’s rights in the Middle Ages were often violated. The legal situation of urban artisan women was complicated in connection with existing legislation which, in fact, made women the property of men (just as Slavic women of those times) and let their husbands control their finances and activities. 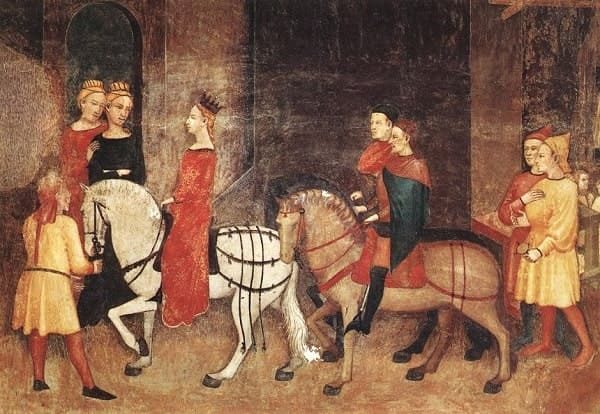 Women’s right to inherit and make an independent will was challenged through the Middle Ages.

In some places, a husband was entitled to all a wife’s property that she had brought into a family. In other places he became just a tutor and the manager of her property, and he couldn’t sell it without her permission.

Somewhere a widow was permitted to keep dresses and jewelry gifted to her, somewhere – only her dowry.

As a rule, a childless widow was forced to allocate a part of her dowry for her husbands’ relatives.

Entering into a new marriage, a widow generally lost everything.

5. Women’s life in the Middle Ages was often threatened since they were considered to be Satan’s incarnate

A lot of women-“witches” were burned at the stakes of inquisition. It was widely believed that women tend to deviate from faith more than men.

Firstly, because a woman is foolish and gullible by nature, which is the basis for incantation.

Secondly, because she is insatiable in matters of carnal pleasure and therefore is forced to seek assistance from the Devil in order to satisfy her desire.

Thirdly, because women are chatty, that’s why they disseminate misconceptions among other females.

Fourth, because women are weak and if somebody offends them, they can revenge only with the help of enchantment.

4. Women married at very young age and her husband was permitted to beat her

Medieval females obtained a status of married women very early. At the age of 12 a girl reached the age of majority and was entitled to marry. In this scheme of things, the choice of her future husband based entirely on her parent’s will.

No wonder a marriage sanctioned by the law of church turned out to be a nightmare for many wives.

Under civil law a husband was permitted to moderately beat his wife. Actually, a medieval tradition advised a husband to treat his wife as a pupil, that is, teach her manners.

3. Prostitution was a common occupation

An amusing feature of women’s life in the Middle Ages was that prostitution was one of the permitted and widespread occupations. Even towns with a population of 500 – 1000 inhabitants had brothels.

It was believed that such an occupation isn’t embarrassing. Prostitutes were considered to be merchants who sold their bodies of any shapes as goods. As a rule, housemaids and poor widows were engaged in hooking.

In the early Middle Ages women passionately cared about personal hygiene. Many townspeople took a bath. Moreover, there were a lot of bathhouses in towns. 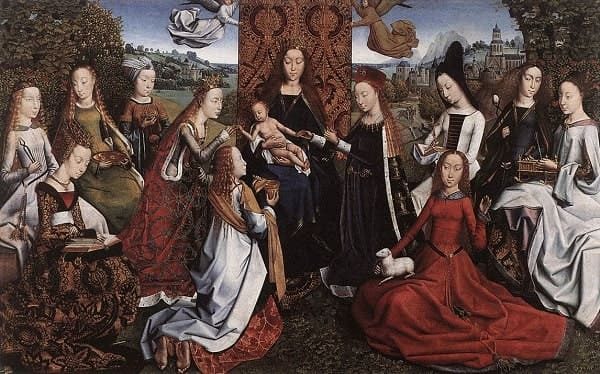 Nevertheless, due to the total victory of Christianity, life of a woman in the Middle Ages changed. The point is that all bathhouses were public, and the church viewed that as the violation of moral standards. That’s why all bathhouses were closed. Untidiness was elevated to the level of virtue.

1. Women with pale skin without makeup were the ideals of beauty

People interested in women’s life in the Middle Ages often wonder how females took care of their appearance.

In order to achieve the aristocratic pallor of a face, brunette women used white lead or flour. In some cases women used arsenic which led to numerous deaths of females.

With regard to cosmetics, the church prohibited to use it. It was believed that cosmetics distorted the God’s work, and using cosmetics was associated with two sins: voluptuousness and pride.

Women’s hair in the Middle Ages had to be tucked into a bonnet. It’s interesting that blonde women were considered to be wicked.

With reference to women’s fashion in the Middle Ages, the style of clothing wasn’t diverse.