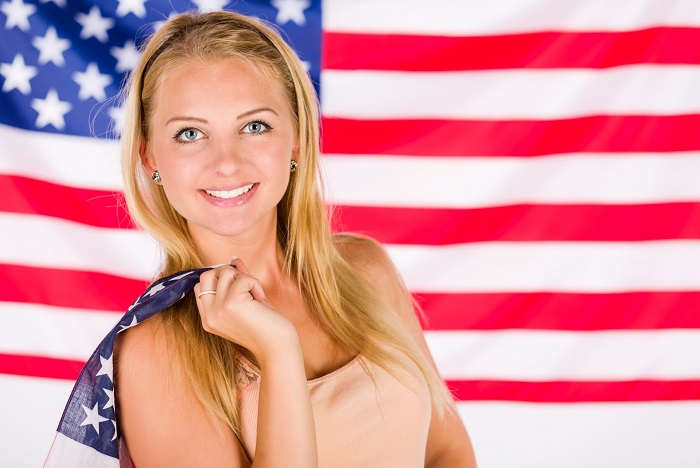 American women are alive and well, and they are not in any danger. But let’s assume for a moment, that they’ll disappear tomorrow. What would happen in this case?

Feminism is integrated into today’s US politics and social life so deeply that many present-day Americans tend to overlook its absurdity and ridiculousness. It’s no longer considered strange for women to use the term “positive discrimination”.

It means that gender preference in hiring is normal if women are the ones who are given preference to. According to feminists, men’s heterosexuality is the reason to discriminate against them.

Despite the fact that American women have already achieved gender equality, they are not going to stop there, and they’ll do their utmost to oppress men even more.

There are a lot of feminist clubs at universities in which young women are taught how to detect the signs of toxic masculinity in men’s every move.

Local feminists think that even men who were unjustly accused to raping learn their lesson anyway. Moreover, they are convinced that the demonization and defamation of men in the media is a decent and stimulating political act, since an oppressed class (women) has a right of class hatred of their oppressors (men).

Of course, US feminist movements have an impact on feminists around the globe. If American women ceased to exist, women across the world would be confined to just the struggle for gender equality and not the suppression of men.

2. The true meaning of body positivity will be restored

The main idea of body positivity is the acceptance of your appearance and physique and living in harmony with the environment. The sympathizers of the movement are mostly people whose appearance doesn’t meet the generally accepted standards of beauty.

As a result, many plus-size women started to speak out against the owners of attractive bodies who take care of themselves.

However, there are some aspects that puzzle people unfamiliar with body positivity. For example, some body positive women advocate for “free bleeding”, that is, rejecting the use of hygienic means and put their menstrual blood on display.

Many people condemn such behavior, claiming that menstrual fluid is no different from other secretions of human body, which means that displaying them is a sign of messiness and reluctance to keep clean.

It’s no secret that an organization called “Body positive” was found precisely in the US in 1996. That’s why American women are one of the main ringleaders of women with non-standard body shape all over the world.

Unfortunately, the concept of the acceptance of women’s body has been replaced by reluctance to watch their nutrition and take physical exercise in the US.

If American women disappeared, females from other countries would probably stop distorting the true meaning of body positivity.

3. Women’s style of clothing will change

The growing number of women across the world chooses to give up wearing stylish and elegant clothing. Instead, they increasingly become attracted to casual and comfortable attire, following the lead of their American counterparts.

It’s personal comfort that makes a huge difference to American women. They don’t try to make an impression on someone.

Females from the US don’t like shelling out on clothing. They would rather spend money on entertainment.

Moreover, mannish clothes are also to local women’s liking. You can easily meet a girl wearing men’s suit jacket and shoes and women’s accessories, which bring balance to her image.

If the world is left without American women, other females would rather alter their styles of clothing in favor of more feminine, but at the same time not so comfortable attire.

4. People will shift their focus to their own lives

Most of the world-renowned females live in the US. Hollywood actresses, models, singers, TV hosts, etc. We are accustomed to seeing them on red carpets, magazine covers and TV screens.

It’s not surprising that many people from around the globe unwittingly seek to emulate them. They try to find out in which houses they live, how they spend their free time, where they go for vacation, what beauty products they use, what they eat and how they get on with their life.

If American women disappear tomorrow, many people would probably spend more time on managing their own lives in their own way rather than following American female celebrities on Instagram or Facebook.

5. Females will lose the model of self-confidence

American women’s character is profoundly different from the temper of many other women in the world. They definitely don’t know what it feels like to be timid or insecure.

Self-confidence is the first thing that you notice when you communicate with a woman from the US.

Talking to American women may provoke mixed feelings. It’s not uncommon for a local woman to approach a stranger on the street and get to know him. Moreover, they can take the initiative and offer him a one-night stand.

You can meet a half-naked girl riding a skateboard in California or an elderly lady wearing a sweatshirt and ripped jeans and driving a SUV. 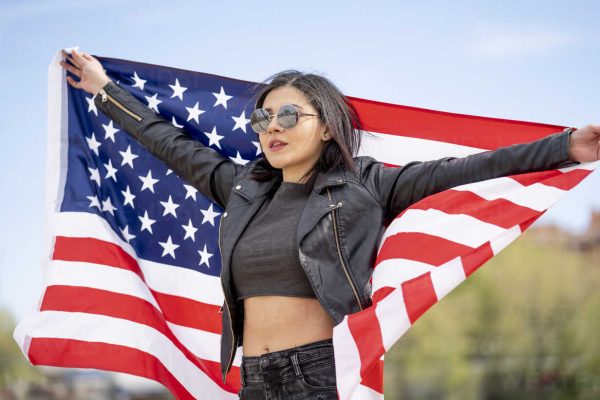 Women from the US don’t let their husbands to boss around in the family and are able to make men do their share of house chores.

No wonder, women from other countries see that American women are good at striking a balance between personal life and self-realization, so they seek to follow suit. If American women are non-existent tomorrow, the world is going to be deprived of those women’s purposefulness, assertiveness and the spirit of freedom.

6. World will lose a lot of productive businesses

Businesswomen and female entrepreneurs are an important link in the US economy. There are more than ten million enterprises owned by women in this country, the revenues of which amount to trillions of dollars. No wonder, the US tops the list of countries with the best business environment and possibilities.

American women don’t normally face administrative barriers to mobilize financing for their businesses. They can get government-guaranteed loans. Moreover, according to Federal Contract Compliance Program, women have a preferential right to bid on government contracts, other things being equal.

And that’s not all. According to the Program of State Support, American funds allocate funds for the implementation of women’s projects on a non-reimbursable basis. You can find almost one thousand programs for the support of small businesses, many of which are aimed at developing of women’s entrepreneurship.

Setting up their own businesses, they not only strive to earn money, buy also benefit people all over the world. That’s why the world is going to lose a lot if resourceful and enterprising American women disappear one day.

7. The world will miss the diversity of American women

One of the main distinct features of American women is their diversity. They are distinguished by their skin color, culture, religion, language and in many other respects.

No wonder this seething cauldron is an inexhaustible source of new ideas, lifestyles, hobbies, fashion tendencies that have an impact on people from other countries. 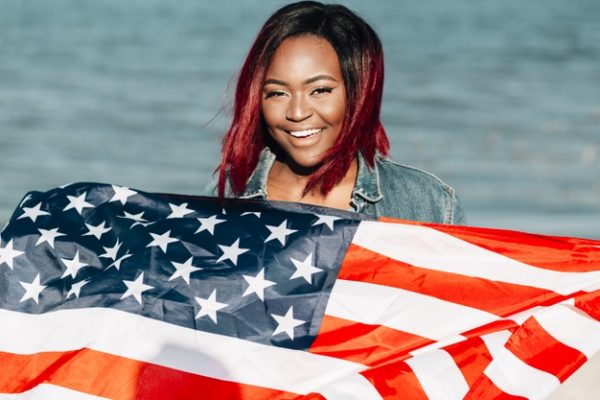 Needless to say, we would be deprived of this flow of creative energy that comes from the US and its female citizens, if they cease to exist tomorrow.

As you can see, the disappearance of American women will have both positive and negative impacts. However, it’s to be hoped that it’s not going to happen; there is nothing redundant in this world, and everybody makes an important contribution to it and plays a significant role.

Would you regret the disappearance of American women? Why? Share your opinion in comments below.