Not only thin girls can cause men’s arousal. Hot curves of plus-size models also excite male imagination. We’ve compiled a list of top-10 gorgeous chubby models who can easily give a head-start to most of skinny girls.

Denise has Puerto Rican and Kuwaiti origins. She was born in Miami (USA) in 1986. Bidot has always been a chubby girl. However, she has never had issues with self-esteem and has never thought of herself as an ugly duckling. She always sets ambitious goals and achieves them.

After high school the future celebrity headed straight to Hollywood. There she became acquainted with photographers who offered her to do lingerie commercials. Bidot became the face of some famous brands, such as Levi’s, Zizzi Clothing as well as Lane Bryant.

Among other things, in 2014 Denise participated in fashion shows in New York within Fashion Week and basically became one of the first plus-size models taking part in that event. In 2016 the model starred in a documentary movie “Straight/Curve: Redefining Body Image” where she told about her way to success and fame.

Justine came into being in Quebec in 1986. As a teenager, she used to get depressed because of excess weight and mockery at school. Legault worked as a makeup artist for a long time and got into modeling quite by accident. She had a part-time job as a movie extra and was once noticed by the photographer of a modeling agency.

Justine became famous due to the publications in “Elle Magazine” in May 2013. She ranked among the first plus-size hot models who appeared on the cover of a well-known magazine «Elle Quebec».

The girl participated in Milan Fashion Week. Now Legault lives in New-York and continues her career as a model.

Justine is currently one of the most demanded and highly paid models.

Iskra was born in the city of Worcester (Great Britain) in 1990.

She works as an editor-in-chief of the web-site “Runway Riot” which covers developments in glamour and contemporary fashion. But she has been primarily recognized precisely for modeling. Iskra is the face of such renowned brands as NEDA and Aerie.

She started her career as a model at the age of 13. Lawrence signed her first contract with “ELLE”. Nevertheless, it was terminated because she had gained weight. Then she managed to get back to business as one of plus-size models.

Her Instagram has more than 4 million subscribers. Few European women have such popular accounts. Lawrence’s distinctive feature is the fact that the girl isn’t embarrassed to share the un-retouched photos of her body on the web. 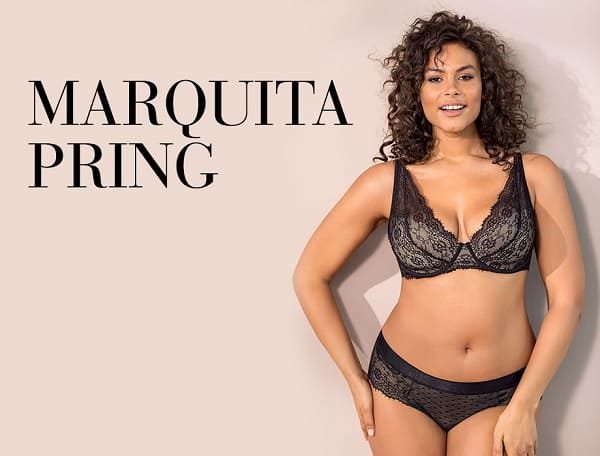 When she was 15, her mother heard an announcement on the radio regarding a modeling competition held in Toronto. Marquita was extremely insecure because of her weight, but she managed to perform at the contest successfully, and the managers got interested in her. Then the whole of her family moved to New York in order to carry out Marquita’s career as a model.

Pring signed her first contract with Ford in 2009. In 2010, she became famous due to one of the most popular photo shoots of “V” Magazine called Curves Ahead.

Marquita’s debut on the catwalk took place in 2011. At that time she participated in the demonstration of Jean Paul Gaultier’s collection.

6. Crystal Renn (one of the plus-size models who nearly died because of desire to be on the runway)

When she was 14 and attended a ballet studio in Mississippi, the agents of a New York modeling agency came across her and told her that if she loses weight she would become a supermodel. 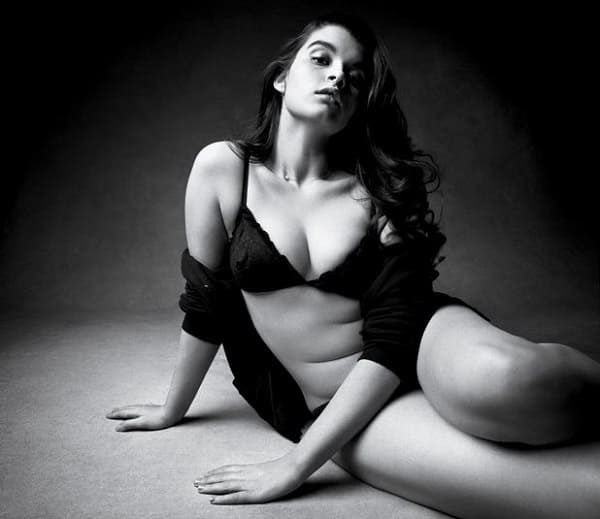 Crystal lost more than 30 kilos in a year. She did sports for 8 hours a day, ate only steamed vegetables and salads for 3 years in a row.

Anorexia, bulimia, hair loss, increased heart rate, using of unlicensed diet drugs, fainting spells – all that almost drove Crystal to a grave. Eventually, her body refused to accept the diet stuff and Renn began to put on weight. She was saved.

Finally, she swelled the ranks of successful plus-size models. She posed for Vogue in many countries, did commercials for Dolce & Gabbana and participated in the showcasing of Jean Paul Gaultier’s collection at Paris Fashion Week.

Whitney came into being in Atlantic Beach (Florida) in 1987.

Thompson got a decent education. She studied at the leading educational institutions of Florida and even taught at an extended-day group in one of the schools. 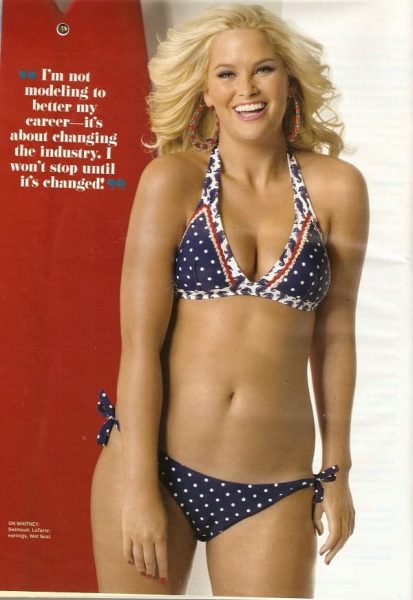 In her youth Whitney dreamed of popularity, that’s why she, like many other American women, decided to take part in Tyra Banks’s “America’s Next Top Model” show. A spectacular blonde gained the sympathy of all judges at once. She got into the finals and became a winner of the 10th season.

Thompson did commercials for a brand Cover Girl.

Now she works in New York. Her contract with famous agency Wilhelmina Models lets her participate in the leading showcases of renowned designers.

Moreover, she can be considered as one of the plus-size nice models since Whitney gives to charity.

The model is known for taking part in Kenneth Willardt’s project called “Size does matter”. Within the framework of the project, a Danish photographer took photos of naked Lawley in the company of rabbits, dogs, owls, pony and other animals. And all of that was intended for the photo exhibition.

By the way, a billboard with the image of Lawley was placed on one of Manhattan’s highways. According to the press-release of the exhibition, Robyn and her “colleagues” in the set were supposed to convey the idea that all living creatures are gorgeous, regardless of their size.

In 2015 Robyn Lawley posed for the February issue of Sports Illustrated Swimsuit. First time in its history (for over 50 years) the magazine published on its pages a photo shoot involving a plus-size model.

She was born in October 1984 in the city of Georgetown, near Washington.

When she was 15, her mother proposed her to take some full-length photos. Then she, unbeknownst to the daughter, sent the pictures to New York modeling agencies. And they got interested in her.

Upon finishing school, this brunette girl went to Manhattan. The girl began to work as a model and had a part-time job as a waitress in Ruby Foo’s café located in Times Square.

Then Candice’s career took off. She appeared on the cover of Vogue.

In 2015 Huffine became the first girl among plus-size models who posed for a popular Pirelli calendar. The girl took part in a nude photo session, by showing her tasty curves.

This model who ranks among the plus-size brunette models was born and grew up in Lincoln (Nebraska). Her classmates called Ashley a “loose haunch”. She hated her school for that. Her birth father also didn’t take her seriously, even despite she was the eldest sister in the family and took care of her younger sisters all the time.

One day a model scout ran into Graham when she was shopping in the city of Omaha. He proposed Ashley to cooperate with I & I. In a year the 13-year-old girl made a deal with Wilhelmina Models, and two years later – with Ford Models.

Interestingly, Graham is persuaded that many producers of underwear just ignore the fact that plus-size women also want to look attractive. That’s why she has developed a line of lingerie for Addition Elle.

Tara came into being in Canada in 1982. In the last year of high school Lynn decided to commit her life to art and went to The Academy of Dramatic Art in New York. After graduation the girl started her career as an actress, starring in movies and series.

Now most of the world’s most renowned fashion publishing, starting with the American “The Times Magazine” and ending with Spanish “XL Semanal” or French “Glamour” one by one bow down before the beauty of this plus-size woman model.

“My body isn’t the result of countless visits to eating houses or the constant consumption of fast-food,” says Tara Lynn. “I eat only organic food and I like a Latin American cuisine. I love to cook! I even have a restaurant in my native city of Seattle where we serve exclusively Latin American dishes. Looking at the world with hungry eyes isn’t my policy. Every morning I do yoga for an hour. Love for your body is a very important thing. I’m just as nature made me.”