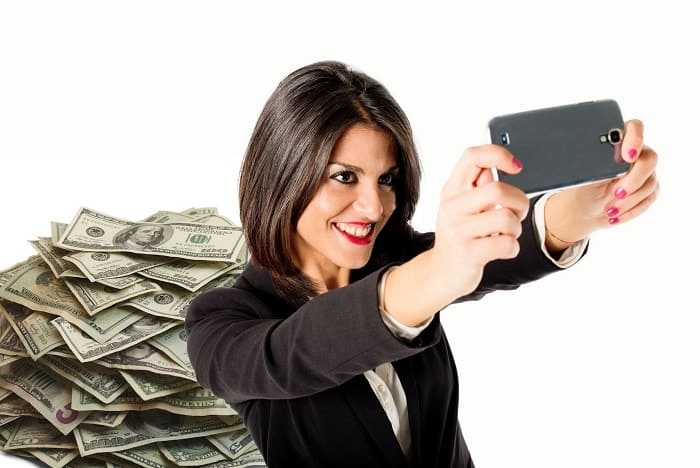 People rarely want to know who is the most greedy woman on earth, since it’s believed that men earn more, so they are much more greedy. We have compiled a list of top-10 rich and greedy women to prove otherwise.

Leona claimed “I don’t intend to pay taxes because they are targeted at ordinary people”. Only the most greedy woman on earth can make such a statement.

The New York Hotel owner was guided by these principles not only in business, but also applied them to all her bills.

One day 8 different contractors took legal action against her because she hadn’t paid for their job at her Greenwich manor.

Leona strived to hide the real amount of her income in order to pay less tax. She also charged her hotels for absolutely all her personal costs and tried to get kickbacks from her vendors.

Helmsley overstepped the boundaries of the law so many times that she was sued after all and served eighteen months.

The current President of the U.S. Donald Trump was one of her contractors and ranks among those people who have no sympathy for Leona. “I would rather feel bad for my worst enemy than for this woman,” said Trump.

Helmsley died in 2007. Before death, she bequeathed 12 million dollars to her dog. Tyra Banks (the most greedy woman on earth who pays her crew food instead of bonus)

9. Tyra Banks (the most greedy woman on earth who pays her crew food instead of bonus)

It’s hard to believe that a famous model Tyra Banks, who is worth about 90 million dollars, is a cheapskate.

When Tyra rented a new office to work on her TV show, she found out that it was in need of repair.

Nevertheless, Tyra refused to buy new carpets and ordered to refresh floors with the help of repainting in order to spare.

She is also known for taking soap and other hygienic products with her while checking out of luxurious hotels.

The members of her show’s crew once received McDonald’s cheeseburgers from Tyra as bonus payments for a Christmas party.

During her interviews she said, “If I see that someone has left a half-finished water bottle in a dressing room, I’ll label it with his name. That’s how thrifty I am”.

Madonna’s brother Anthony claimed in an interview with a Michigan newspaper that he lived under a bridge and earned a living from returning empty bottles and cans and doing odd jobs.

Anthony became homeless after he had lost a job at a vineyard. He complained that his sister turned her back on him and didn’t want to help him. Perhaps he thinks that Madonna is the most greedy woman on earth.

It would hardly take efforts to buy a home for him, considering the fact that Madonna is worth more than 600 million dollars.

Another brother Christopher wrote a book where he told readers that the singer reluctantly helped their grandmother and gave her only 500 dollars a month which was hardly enough to pay her medical bills. The 97-year-old grandmother needed caring, but Madonna wasn’t going to either look after her or pay for her supervision.

In spite of the fact that she is not the richest person in the United Kingdom, as is known, she is a thrifty woman which most likely results from the circumstances of her early childhood. When the Queen was a 13-year-old girl, World War II broke out.

At that time, food and clothes were distributed on ration cards in Britain. She even spent her ration cards to make her bridal gown.

When Queen Elizabeth II grew up, her habit of economizing stayed with her. For example, she uses heaters instead of fireplaces to heat the air.

The Queen’s employees reportedly get slave wages. For example, in 2016 “a housekeeper at Buckingham Palace” with the yearly wage of just 22 000 dollars was among available job opportunities.

These jobs imply living in the palace at apartments where living conditions resemble students’ dormitories.

The Queen also turns off the lighting of the palace at night in order to save electricity.

This 68-year-old woman is the holder of a title “the stingiest woman in the UK”. This European woman was forced to become penny-pinching after she had lost a truck driving job due to health issues.

Richards asks her guests to take tea bags with them when they are going to visit her. Aren’t these the signs of a greedy woman?

Ilona confesses that she wears men’s pants because they are cheaper and more comfortable than female’s underwear. She knows how to make a bottle of dishwashing soap by herself. Ilona goes grocery shopping only at night when products are heavily discounted. Moreover, Ilona isn’t embarrassed about eating expired products. Her old carpet is glued up with a tape. All her clothes were bought at charity shops.

Ilona would rather put on a warm sweater than run the heater. And she cuts her hair on her own.

The stingiest woman in Britain is proud of being the most miserly woman in the country. She likes to give advice on following a thrifty lifestyle. Ilona often appears on TV and radio and has her own blog on the web where she shares tips on saving money.

The stingiest woman in Britain is proud of being the most miserly woman in the country. She likes to give advice on following a thrifty lifestyle. Ilona often appears on TV and radio and has her own blog on the web where she shares tips on saving money.

It sounds incredible but a famous actress Sarah Jessica Parker, who is worth 90 million dollars, buys second-hand clothes for her children. Although the actress always claims that she does her best to provide them with all they want, her children’s older cousins give their cast-offs to her kids and Jessica is happy to accept the gifts and knows how to apply them. And her children are therefore forced to get their cousins’ hand-me-downs.

That’s quite a strange behavior for a woman who is famous for her fashion sense.

We wonder if Sarah would agree to star in movies about a greedy woman. It might turn out rather well.

This actress and a businesswoman became famous in the 1990s for playing a main role in “Buffy the Vampire Slayer”. (Fortunately, her heroine didn’t rank among greedy female characters). Although she is a rich, successful woman, Sarah cuts out coupons.

Once she went shopping at Bloomingdale’s and took a lot of coupons with her. People who were standing in a queue behind her began to complain that Sarah was keeping the line held up and wondered why such a rich and famous woman was using coupons. Sarah turned around and asked them if she must overpay just because she was wealthy.

Gellar is the owner of an electric car, but back then when she had an ordinary car she could spend a lot of time to find the cheapest petrol. Nevertheless, while you are looking for cheap petrol, you waste available fuel. That’s why Sarah can be called rather the most greedy woman on earth than the most thrifty one.

In September 2016 the world-renowned tennis player and a contender for “the most greedy woman” title embarrassed herself while visiting one of the New York eateries. She refused to give a tip to waiters.

Selena came to the restaurant with a bunch of 7 friends. They ordered food for a total price of 400 dollars.

It’s curious that the owner of the eatery recognized her and was happy to foot her bill. Nevertheless, after dinner, far from Serena with her entourage left a tip for their servers, they didn’t even say “Thank you”.

This singer can be called not only the most greedy woman on earth, but also an arrogant female. She enjoys humiliating service personnel. Britney likes to drop some coins on the ground, saying “Here is your tip”. But most frequently she pretends to be unfamiliar with a word “tip”.

Mostly, she eats at fast food restaurants, and her average bill is about 15 dollars. Moreover, Britney buys only cheap clothes. Her expensive clothes are rented by her stylists or presented to her by famous designers.

That’s why men strive not to be in relationship with her. Britney’s former husband divorced her in 2007 after only 3 years of marriage.

On the 3rd of June 1916 the greediest American women of all time passed away. If you have ever heard any saying about a greedy woman, just know that she is exactly the person whom they all describe.

At the time of her death, she was considered to be the richest woman in the world.

When she became a millionaire she never turned the heating up, didn’t use hot water and was wearing the only one black dress. She changed her underwear only when it turned into a rag.

She worked in the lobby of a bank in order to avoid paying rent. Hetty never owned any apartment.

She stayed in cheap motels. Shop assistants hated her, because she was bidding on every cent.

When Hetty bought newspapers, she read them and then sent her son to sell them.

Once her son broke his leg and Hetty refused to pay for the treatment. As a result, the leg was amputated. He worked for his mother and earned several dollars per day.

Have you ever met greedy women? Feel free to write in comments, or send us your own story!