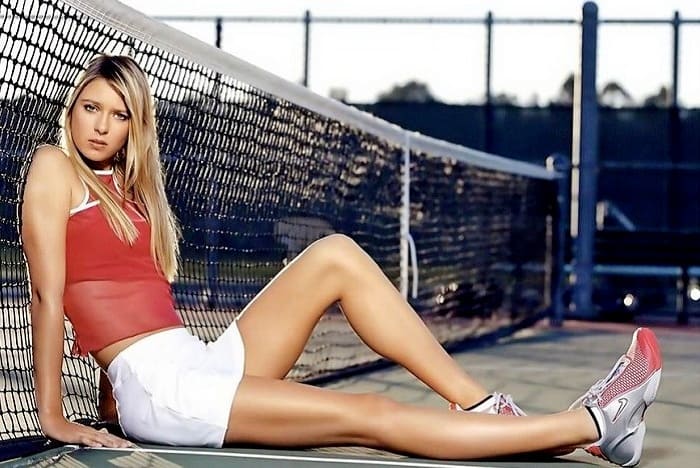 Elina was born in the city of Odessa (Ukraine) in September 1994. She started to practice sports at the age of 4. Elina was motivated by her brother, who she strived to beat. It took her 6 years to do it. It was her persistence and courage that made it all happen.

Elina was awarded the Order of Merit, 3rd class in Ukraine. To date, the girl has won 10 WTA and 7 ITF tournaments.

The woman cooperates with foreign coaches such as Justin Henin and Gabriel Urpi.

In January 2017 due to Elina’s defeat of a world tennis star named Angelique Kerber in the quarterfinals of the Brisbane tournament and reaching the semi-final, she moved to the 13th place in WTA rating.

The Danish female tennis player was born in a sporting family. Her mother played volleyball in the national team of Poland for a long time, and her father was a professional football player. Precisely, her father was in favor of sending a 7-year-old daughter to a tennis court. 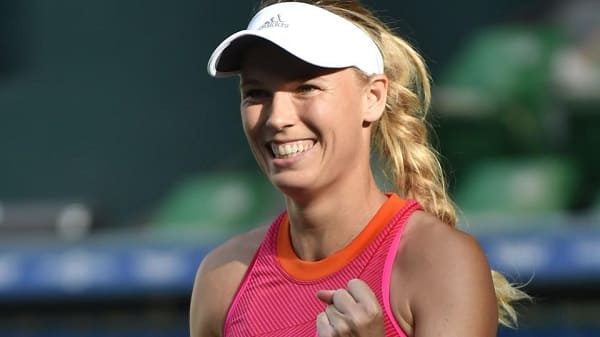 Because of Caroline’s confident playing, she managed to qualify for the Junior Grand Slam. Then Wozniacki entered the final of a tournament in Osaka, having become the triumphant of the competition. Encouraged by that success, Wozniacki reached the top of the international girls’ rating in just two years.

All in all, Caroline became the finalist of the Grand Slam tournament twice and is 27 times WTA winner.

Not once has Caroline modeled for famous sports journals, and has even been shot naked for Sports Illustrated Magazine. That’s how women in sports find extra income.

She was born in 1985 in Rossville, Georgia. This female tennis player started to play tennis when she was just 4. Her father worked in the graphics industry and played American football in his youth. Her mother is a school teacher, but when she was young she also played tennis. 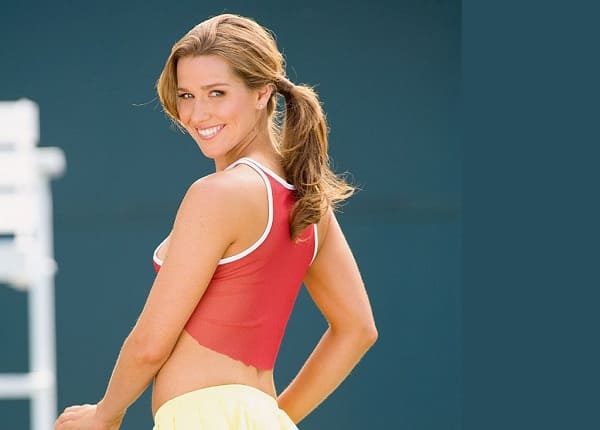 2003 became a really path-breaking year for her, because Ashley defeated all the way three players from top-20. She managed to enter the Semi-final of the WTA tournament.

Ashley ranks among the few hottest female tennis players of the WTA who were shot naked for Playboy.

During her play at a tournament organized by Sony Ericsson company, the cyst of one of her ovaries ruptured. The woman was taken to hospital, where doctors removed one of her ovaries. Nevertheless, it didn’t stop her from giving birth to a son and a daughter afterwards.

Maria grew up in Moscow region (Russia) where she had been born in January 1987. Her mother stood for her daughter’s active life, because she was a chubby girl. First Maria went to a ballet school, then she had dance lessons, but Kirilenko wasn’t studious enough.

That’s when her father took his 7-year-old daughter to a tennis court.

Maria achieved her first significant progress at the age of 15 when she won Canadian Open and US Open and moved to the second place of the world Juniors rating. In her entire tennis career, Maria managed to be ranked the 10th in the singles world rating and the 5th in the couple’s one, as well as won 6 personal and 12 couple’s titles at the WTA tournaments.

In 2014, the female tennis player got married and in 2017 gave birth to a daughter. The Kirilenko’s wedding was a surprise for many, since Maria had been having an affair with an NHL star, Alexander Ovechkin, for 3 years. But when they broke up, she didn’t want to remain a single woman and began to date the other man.

The Slovak tennis player came into being in the city of Poprad in 1983, but lives in Monaco now. Daniela is quite an all-round person. Besides tennis, she also plays basketball, likes skiing, swimming and other stuff. Daniela is really quite good at playing the piano, which she had been learning to play for 8 years. 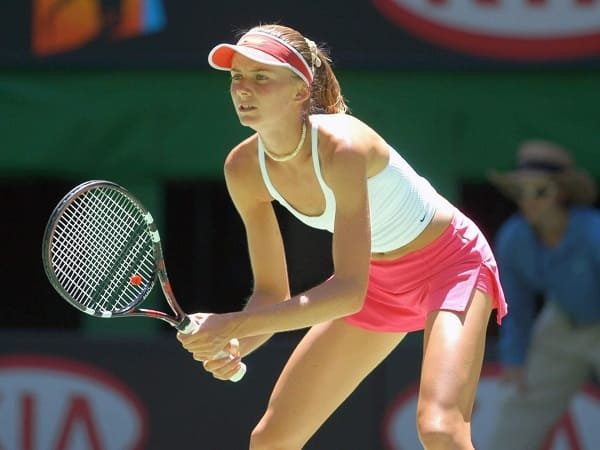 1999 is considered to be the beginning of her career. In 2001 Hantuchova came into a Grand Slam tournament which took place in Australia. She was declared the best newcomer of that season by Women’s Tennis Association, and Daniela settled in the 37th place of the world rating.

All in all, the Slovak sportswoman won 15 tournaments of Women’s Tennis Association.

Daniela is also known as one of the most beautiful female tennis players. That’s why all mass media constantly follow her personal life.

The French tennis star was born in Paris in 1990. She isn’t the only child of her parents – she has a sister and a brother. Lim’s father is half-Frenchman, half-Vietnamese.

Alize has been practicing tennis since the age of 4.

The first major sporting event that she participated in was the French Open tournament. It was in 2011. She played in tandem with her compatriot Victoria Larriere. Nevertheless, the sportswomen didn’t manage to win.

Alize has been studying at the Mouratoglou Tennis Academy since 2012. Her coach is Simon Blank. Besides playing tennis, Lim is interested in shopping, photography, listening to music and watching TV.

Alize is the five-time winner of ITF tournaments, two of which were in singles. The best result of her career was the 156th place of the world rating that she reached in October 2013.

Robson was born in the Australian city of Melbourne. She is 24 years old. She came into being in the family of one of the heads of a major British-Dutch Oil Company and his wife – a sports coach and sportswoman who played basketball in her youth.

The most beautiful female athletes of the world: TOP-7

As stated by her relatives, the female tennis player began to play tennis when the girl was able to hold a tennis racket. With the support of her parents, the 7-year-old girl went to the Tennis Academy.

In 2012 this sportswoman got the silver prize at the Olympics which took place in London. That same year, she moved to the 53rd position of the world rating.

Now, Robson lives in London and considers it to be the best city in the world.

This gorgeous woman is a Canadian tennis player. Bouchard started to play tennis when she was 5 years old.

15-year-old Bouchard won the Canadian Juniors Championship, which took place in Toronto in 2009. She became the youngest winner in the history of the championship.

In 2011 Eugenie participated in the Australian Open Juniors singles where she reached the semi-final. A week later, Bouchard won the ITF Burnie International. It was the first professional tournament in her tennis career.

In 2012, she showed a perfect game at the Wimbledon Women’s Championship. Eugenie managed to conclusively win in singles. She was the first tennis star among Canadian female tennis players who did it. She also won the Wimbledon’s couple tournament (the second time in a row).

This tennis star is known for ignoring sports traditions. For example, she refuses to shake hands with her rivals before matches. She says that she doesn’t believe in wishing a rival good luck before a match. It often causes public negative response.

Ana is a charming tennis player with dual citizenship – Serbian and Swiss.

In the late 1990s, her home city of Belgrade was bombed. Ana and her relatives had been living under the bombs for three months. In this, the 11-year-old girl not only lived, but practiced tennis. Ivanovic trained in the morning during a quiet interval. 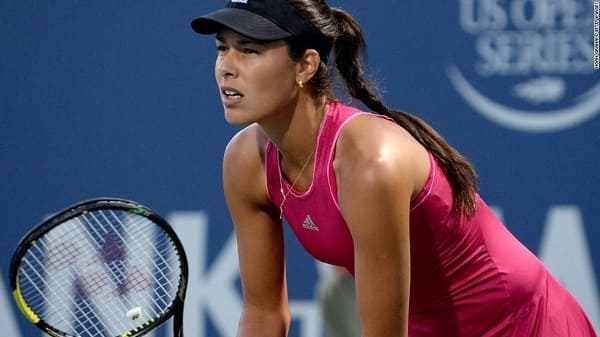 One day the US military launched a missile attack on The Government Communication center which was placed not far from the tennis court. When Ivanovic came to training, she found potholes caused by missile shrapnel.

In 2008 Ana won Roland Garros and jumped to the top of the world rating. All in all, she is the winner of 15 WTA tournaments in singles.

1. Maria Sharapova (the only one lady among the hottest female tennis players who is worth 240 million dollars)

Maria is a Russian woman and a former (as is said to be) female tennis player.

She ranks among the few women in the world who managed to win all Grand Slams. Sharapova is one of the leaders in earning from advertising among all sportsmen in the world.

Maria began to play tennis when she was just 4. The close friends of her family noticed her rear abilities and encouraged her parents to send her to the American Tennis Academy. In 1995 her family moved to Florida, the USA.

Her first participation in tournaments took place in 2001.

At the age of 17 she beat the best tennis player of that time Serena Williams with a score of 6:1.

In 2012 Maria won a silver award at the Olympics.

Now, Sharapova is in business and cooperates with many famous brands. She also has her own charitable foundation and participates in several UN programs.