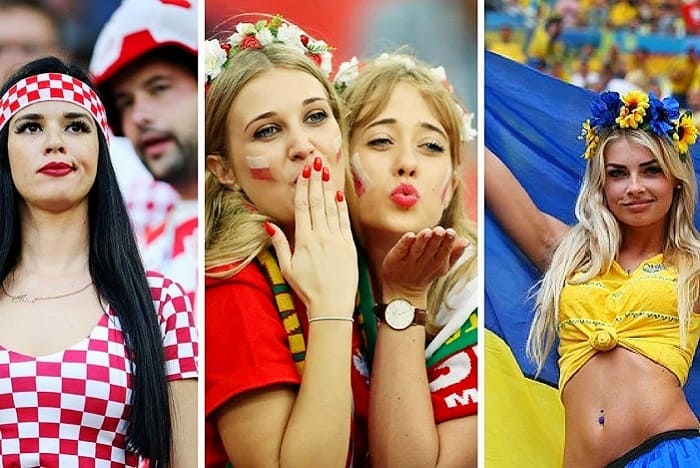 The football World Cup is in full swing. Many hot football girls came to this event from around the globe. Here is the list of top-7 countries the sexiest of them represent!

Mexican women are one of the hottest fans and known for their passion for football. During football matches, they often sit in front of the TV together with their entire family or root for their favorite team at the stadium. No wonder, many of them went to Russia in order to support their team at the FIFA World Cup 2018. 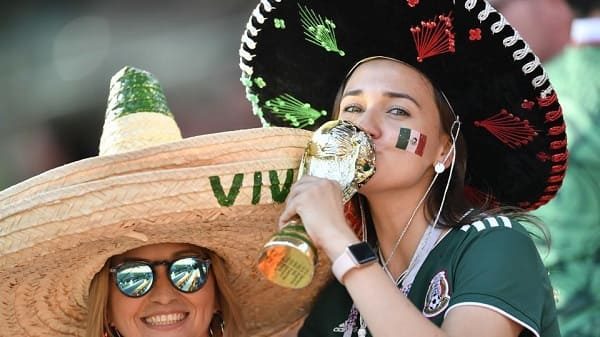 From the outside it looks like a carnival, since in addition to the football uniform of their team, Mexican hot football girls dress up in their national costumes and hats called sombrero.

Nevertheless, those Mexicans who weren’t able to attend the championship provided the great support to their team at home.

When the Mexican national team scored a goal to the gate of Germany, which brought victory to the team at this world cup afterwards, an artificial earthquake was recorded in Mexico. It’s because thousands and thousands of football fans (more than an NFL stadium can accommodate) who gathered at the central square of Mexico were jumping with joy celebrating the goal.

This country is renowned for its famous football players as well as devoted hot football girls. For Argentinians, football is almost a religion. There is an officially registered church in this country, in which they worship the 1986 world champion Diego Maradona.

A funny incident happened to the Argentinian fans at the FIFA World Cup 2018. They were going to support their team in the game against the Croatian team in the Russian city of Nizhni Novgorod. But their plan wasn’t meant to materialize, since they managed to mistake Nizhni Novgorod for Velikiy Novgorod. Upon arrival in the wrong Novgorod, by fate itself, they were spared personal attendance at the stadium where Argentine shamefully lost to Croatia by a score of 0 to 3.

Having entered one of the local coffee shops, the Argentinians asked to explain to them where they’ve appeared after all. Local people got that cleared up and helped them to rent an apartment.

The playing of the Spanish football team is considered to be a spectacular and bright event. And many Spanish hot football girls deserving to stay on the runways of beauty contests often come to those football matches to root for their favorite team.

The whole world has recently watched a football “battle” in the city of Kazan, where Spaniards played against Iranians. Despite gorgeous female fans’ support, the Spanish national team had a hard time.

The Iranian team, which is situated in the end of top 40 of the FIFA rating list, put up a fight against the Spaniards – one of the strongest teams in the world. Spain opened the score of the game only in the second half. In a little while it was like fortune smiled upon Iranians, but the referee who first allowed the goal, used a video replay and on its basis, for the first time in the history of the World Cups, and canceled the goal.

Germany is the reigning football world champion. Football is considered to be a national kind of sport in Germany. All Germans regardless of their age, gender and material status root for their favorite football teams. German hot football girls are no different. There are a lot of bright and emotional German girls at the FIFA World Cup 2018.

Most of German football fans were concerned whether German Chancellor Angela Merkel is going to attend this championship. Merkel is a passionate football fan and, as strange as it sounds, she is considered to be a talisman of the German national team, because it always wins when she is in the stands.

In the German press, they discussed whether Angela Merkel would be coming to support her national team in the final of the championship. They didn’t even think about not making the finals…

People go crazy for football in this country. The Brazilian national team has become a football world champion 5 times already. A lot of world-renowned football players were born here.

They are lucky to get support from wonderful Brazilian women who are one of the hottest football fans and root for their national football team no less than men. Many of them you can meet in the stands of Russian stadiums where the FIFA World Cup 2018 takes place.

Those women who weren’t able to attend this championship and stayed in Brazil were also in luck, because Brazilian civil servants were allowed to be absent from work during the matches of their national team. Such an order was published in an official government gazette.

The Portuguese begin to play football since childhood. It’s no wonder a lot of them become world-famous players afterwards and swell the ranks of their national team. But not only football players of this country are noteworthy.

Portuguese brunette women also attract viewers’ attention. Those of them who came to the FIFA World Cup 2018 are such hot ones that it’s impossible to look at them without sunglasses.

Before the match against Iran, the Portuguese national team checked into a hotel in the city of Saransk and wanted to have a rest. Nevertheless, the female fans surrounded the hotel and kept the members of the team awake. Then, Cristiano Ronaldo went out on the balcony and by gestures asked fans to keep it down.

The next day, the authorities of the city were forced to put up a double fence around the hotel.

The Portuguese press tried to justify the fans of their team and reported that Iranian fans kept the Portugal team awake to throw them off the track before the important match, but the photographic evidence says otherwise.

Russian hot football girls are able to compete easily with the most active male football fans. They aren’t among women in sport, but they know the rules of the game, remember the names of players and, of course, visit football matches, since Russia hosts the FIFA World Cup 2018.

Due to their support, the Russian team made playoffs for the first time in the history. In the match against Saudi Arabia, which opened the World Cup, Russia won with a score of 5:0. In the second match, they won a landslide victory over Egypt with a score of 3:1.

Despite they lost the last match of the group stage to Uruguay, the Russian football players ranked second in their group and became one of the World Cup qualifiers.

Perhaps, if Russian beautiful blonde women continue to root for their national team in the stands, it will find a great source of inspiration for its further victories.