It is a well-known fact that the rights of Asian women in the Arab countries are very limited. In Saudi Arabia, for example, women must necessarily have a close male relative as her “guardian”. They may have a husband or father, and in case of their absence, the closest male relative. Without his permission a woman cannot leave the country, get a job, receive education and even medical assistance.

To leave country for any reason, women in Saudi Arabia must obtain a visa and permission from her husband or father (so called «yellow card»). Since November 2012 Saudi Arabia authorities have implemented an automatic system for sending SMS alerts about women who cross the border – the computer system automatically sends a message to the husband. The notification is sent even if the husband is travelling with his wife.

6. Women are educated with permission from their men

Regardless of which educational institution a woman decides to attend, whether it is a university or even a high school, she can receive an education only with the permission from the men in her family. As for universities themselves, they are divided into women’s and men’s, even for foreigners. Here you will not see the opposite gender people sitting at the desk. Only women can be in the classroom, as well as in the building itself. Only women teach subjects.

The only university with the joint training of boys and girls has been operating since 2009 near Jeddah. It was opened under the patronage of the King. The school program does not include a physical education for girls.

5. The movement of women in Saudi Arabia is limited

Women do not have the right to drive. They can use a taxi being only on the back seat. Women in Saudi Arabia are strictly forbidden to be in a car with a stranger if he is not her husband or close relative. Such a violation is punishable by law – you may be imprisoned for several days, as well as your driver. 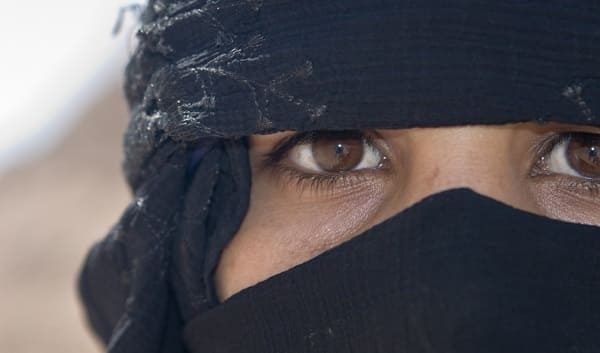 Such a law extends absolutely to all residents of the country including visitors and tourists. It is recommended to use only legally registered taxi services, otherwise a girl, especially European, can get into a very unpleasant situation or even disappear. Lots of such cases are known.

Due to such precautions there is no public transport as such in Saudi Arabia. There are rare exceptions to special women buses that can only go in a separate compound according to the schedule.

So, the only way for women to reach their destination, whether an educational institution, a place of work or an ordinary shopping center, is a personal driver in the person of the next of kin or, oddly enough, an employee. Of course, every Saudi woman would like to use a separate public transport door, like women in Iran do, but such a kind of luxury is not for them.

4. Women do not have the right to walk alone

It is not allowed for women in Saudi Arabia to walk the streets alone. The exception is only “short” walking tours inside very crowded places, for example, in a shopping center during the shopping. In any other cases a woman must be accompanied by her husband or any other close male relative.

A woman can not appear alone in a public, only accompanied by a man from the family, and it does not matter if he can be only 6 years old. They find such a law quite logical due to the fact that lots of women are lost in Saudi Arabia. And this is not some ordinary “terrible story”. If, say, a man or group of men notices a woman walking alone on the same street on a daily basis, she can certainly be stolen. What for? In order to rape and get rid of her corpse in the desert.

Therefore, such walks are not only illegal, but also very dangerous for every woman. A man will never allow his wife to walk alone. And not because he is a tyrant, but for the reason mentioned above.

In crowded places, wherever she is, a woman must be dressed in yashmak — a black baggy robe that covers all parts of a woman’s body, including hands. This garment must be sewn according to all rules and measures of the propriety of the Arab society and be exceptionally black.

By the way, this also applies to foreign women. When a woman tourist arrives by the airplane at the airport of Saudi Arabia, she has to dress up the yashmak before customs; otherwise she may have serious problems. The same applies to the headdress. Only alien women can walk with their head uncovered on the streets of the city. This applies only to foreign women of a different faith, not Islam. All other women are legally required to cover their head, especially local women – this is the low.

Women have to cover not only the head, but the whole face. Therefore, since the childhood girls are inspired by the great fear that if they do not cover their face they will be considered as great sinners and will not enter paradise after death. And this can’t be understood be European women’s logic. This is the style of thinking of women in Saudi Arabia. By the age of eighteen every girl thinks that she is destined to go to heaven, and they all believe it sincerely.

2. A woman communicates only with her husband

Not everyone can afford to have a wife in Saudi Arabia. The wedding and the maintenance of the wife are very expensive. Some may has two and three wives (up to four), but this is very rare. In many organizations and places of public catering, for example, in restaurants there is a separate entrance for couples and single men and women. A man can contact a woman only if she is his wife.

Any contact of an unmarried man with a woman is considered as a violation of the law and can be punished by imprisonment. This also applies to foreign women. A foreign woman can sit in a café or in a restaurant with her husband in the circle of his friends or colleagues. But if she is caught in this occupation alone — a prison and a fine is provided for her. There is no other country in the world with such laws concerning man and women relations as in Saudi Arabia.

1. Wife completely depends on her husband

Women, imagine — your husband works and completely provides you, and you do what you personally want, only with a little care. You have enough strength and opportunity to realize your independence in any other life spheres. In Saudi Arabia there is a law under which the wife fully and morally and financially depends on her husband. However, if there is peace and mutual understanding in your family, then it will not be difficult for you to live happily with your husband even in the “golden cage”. 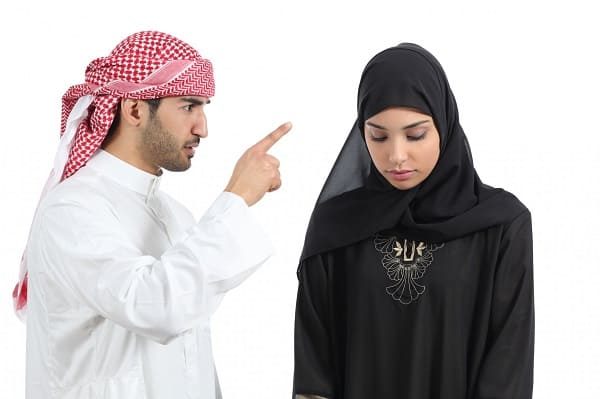 But you need to sort out your relationships in advance and be a thousand percent sure that your husband will always be what it seems now. This is in case of any future conflicts. The husband has the right to do everything with his wife, whatever he thinks. No one will help you, be sure. It is necessary for women in Saudi Arabia to maintain the warmest relationship with their husbands.

So, what can we say about women in Saudi Arabia? Many women live here like in a fairy tale. Yes, they do not have even one-tenth of the rights that women in Ancient Egypt had thousands of years ago. Women in Saudi Arabia get over restrictions on religion. However, having successfully married, they get a loving husband, wealth and rich spiritual world.

What do you think about the status of women is Saudi Arabia? Share your opinion in comment section below.