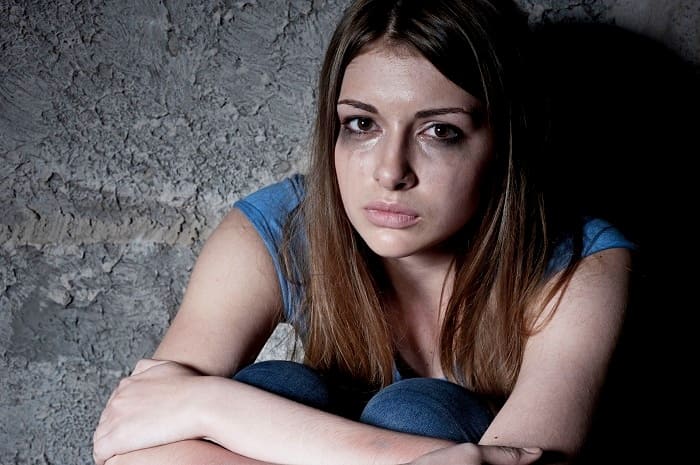 Women in the world have always been fighting for their rights, liberties and freedom. And they really succeeded somewhere in it. But there are 7 states where it is better not to be a woman at all…

There is a list of countries where it is better not to be born as a woman because women in these countries are condemned to all atrocities a man can only imagine.

Tortures and abuse are an inescapable part of these females’ daily life. Women in the world try to organize public campaigns in order to support them and educate the public about the existing problem. So let us have a look at th top 7 countries with a terribly difficult life for females.

Saudi Arabia is undoubtedly a rich country with huge supplies of oil. But unfortunately this luxury life is available only for males as women are deprived of all this. They cannot communicate with men in public, they have very limited rights. They need their guardian’s permission for basic things like education, travel, elective surgery, marriage and divorce, opening a bank account. And if females decide to violate the rules, the punishment can be very harsh.

However, being supported by other women in the world, Saudi Arabian females fight for their rights and try to expand them step by step. Of course, in comparison with women is some other Arab countries they are not so progressive in their attempts, but they are strongly convinced that positive changes will happen in the near future (Source).

Mali is one of the poorest countries in the world and one of the worst places of living for women. Here women are much inferior to men. Not many females in Mali can escape from female genital mutilation which is a common practice here. Women are forced to get married early. Each tenth woman dies during pregnancy or childbirth (Source).

5. Iraq – from prosperity to decline

Not long time ago women in Iraq could boast of being literate and well-educated. They were allowed to work in various areas of life like education, aviation, light industry, agriculture and so on. But the war changed their lives dramatically.

Now women stay at home, they are afraid of going out because of a threat to be raped or kidnapped. Parents do not send their daughters to school due to the fear that they can be taken away and sold overseas. They have no rights, they are unable to earn money for their life. They are fully dependent on their husbands or relatives. Women in this part of the world live under constant threat of being raped, killed, beaten or abused in other ways.

4. India – early marriages as an escape from prostitution

Despite the fact that India is a fast developing country, the position of women in India leaves much to be desired. Official statistics says that about 500 thousand abortions are performed in India every year. In India there are stereotypes that women should first give a birth to a male child. And as contraception is not widespread and sometimes simply not available in poor families, women continue to bear children until they have a male child, or if they do not want to bear they make an abortion.

Of course, this situation has dire consequences for women’s health and considerably shortens their life span.

Another shocking tradition says that in India the girl belongs to a family of her future husband from the very birth. And usually girls get married very early in comparison with other women in the world. Marriage is seen as a way to escape from being involved in prostitution which, by the way, is also widespread in India (Source).

3. The Democratic Republic of the Congo – sexual abuse as a norm

The Congo has had severe times for the last few decades. And the ones who are experiencing the worst sufferings because of this atrocious situation are women. The United Nations called this country the capital of sexual abuse in the world. Soldiers and rebel fighters have no mercy to anyone. They rape from 3-year-old girls to elderly women. Very often women undergo gang rapes. And the most horrible thing is that a lot of victims die, others get HIV. They do absolutely alone with their grief and problems. No one can help them (Source).

Women in the world constantly raise the issue of assisting Congo women, but riots and wars within this country are the rock on which all these attempts split.

Statistics indicates that 90% of women in Pakistan are subject to family violence. This includes child and forced marriages, different types of punishment, stoning. There was even a suggestion to adopt a law saying how to beat a wife correctly. In tribal areas of Pakistan women suffer from gang rapes as a punishment for their husbands’ crimes.

But even more widespread is the honor killing which results in death of approximately 1000 females every year. So probably women in Pakistan are the most miserable women in the world.

1. Afghanistan – a real hell for a woman

But the most unbelievable and shocking fact is that it is usually the family of a woman that is to blame for all the horror she must experience.

Women in this country suffer greatly from family violence. Most women are in forced marriage. And it has been reported that one female dies every half an hour during childbirth because of poor health and bad medical services.

TOP-7 facts about the life of women in Iran

Maybe these are the major reasons of a short life span of Afghan women. While average women in the world live as long as 73 years, Afghan women live up to 45 years only.

Afghanistan is the only country in the world where the rate of suicides among women is higher than among men.

So some places in the world are not suitable for women at all, and it is better to keep far from them. Men and women in the world should unite and do their best to change the atrocious situation of women in the countries where the rights of females are violated on a regular basis. No woman deserves such abusive treatment as she is a Mother, the very beginning.

What do you think about the poor conditions of women’s life in some world regions? Feel free to share your opinion in comments area and in social networks below.