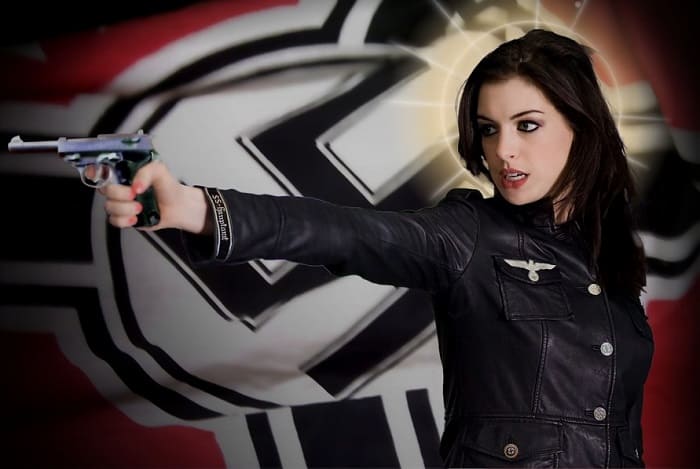 Under the Nazi regime in Germany, women had a special place and their lives were characterized by many extravagant traits. We will take a look at the top 7 unusual facts among these:

Following the Italian fascists, the German Nazis pursued a policy of antifeminism, but more rigidly and consistently. From the point of view of the ideologists of National Socialism, the progress the Weimar Republic achieved in liberating a woman from the shackles of the Kaiser era was impermissible. They perceived the image of the emancipated Weimar’s Berlin in the 1920s as a threat to both public morality and domination in the society of men, and even to the future of the Aryan race.

Although during the elections of 1932, when Hitler needed more votes, the National Socialists proclaimed that “man and woman are comrades in life and work”, and the family is “the smallest, but the most valuable element of the entire state system,” it was nothing more than typical preselection slogans.

6. Careers of women in Nazi Germany

The role of women in Nazi Germany considered family as keeping house next to her husband. Women were not allowed to be members of the party in Nazi Germany. There were no even female doctors, because the Nazis were concerned about the health of the nation being such a crucial task that it cannot be entrusted to a woman. 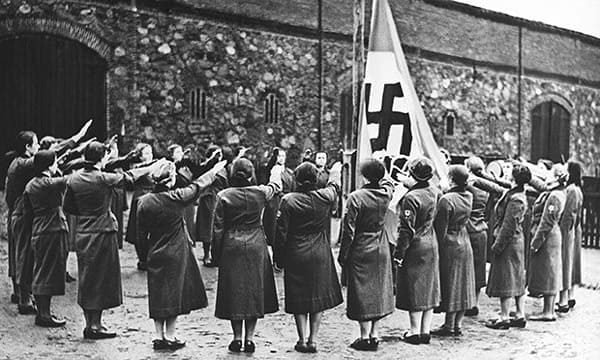 Married women were allowed to work as judges or lawyers only if their husbands could support them. The number of women teachers has dropped dramatically, and in the women’s schools the main subjects have become housekeeping and needlework.

5. The role of notable women in Nazi Germany

The German press emphasized in every way that the outstanding successes of the magnificent actress and director Leni Riefenstahl or the famous pilot and athlete H. Reich are directly related to their deep faith in the ideals of National Socialism.

Notable women in Nazi-influenced Germany included also the former actress E. Goering and the mother of six children, M. Goebbels, whose elegant toilets visually showed the Germans that the true National Socialist had no need to put on the modest uniform.

4. The attitude of women towards the Nazi regime

German women on the whole calmly took the policy pursued towards them. They were pleased that their husbands had a job. At a party congress in 1934, Adolf Hitler in an interview with activists of women’s organizations said that there was a contradiction between the “big and cruel” world of men fighting for “the state and society” and the “small world” of a woman who “is confined to her family, husband, children and home.”

His words met more agreement than objections, especially among representatives of evangelical organizations. And at the party congress in 1937, Hitler spoke in front of a huge women’s audience. Before him there were 20 thousand Germans from all parts of the country: young girls and respectable old women who remembered the great O. Bismarck, embittered furies and romantic dreamers, women with high moral standards and ladies of easy virtue.

Hitler did not understand the woman’s soul very deeply, but he intuitively found words that caused genuine ecstasy: “What did I give you? What did the National Socialist Party give you? We gave you a man! “The response to the speaker was a long loud applause and enthusiastic screams.

3. The special role of women in the history of Nazi Germany

After the Germans captured half of Europe, it became evident the need for additional military personnel in the form of women’s auxiliary units. The Women’s Support Communication Service was established, which became the forerunner of a number of such women’s services, up to the service of female riders. 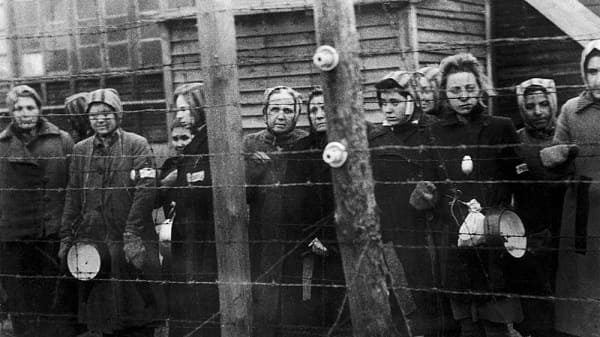 The form of female servicemen of auxiliary units wore an army model, with differences depending on the type of service. Women who served in the occupied territories were allowed to use only a minimal amount of cosmetics and were forbidden to wear civilian clothes and ornaments.

The emblem of the Women’s Support Communication Service was “lightning.” They were trained at special women’s military schools. After training, they became military radio operators, telephone operators, and telegraph operators.

2. Women in the military service in Nazi Germany

The first large-scale use of German women for purely military purposes in the fleet happened on April 10, 1941, with the formation of the auxiliary naval airborne surveillance service.

In the midst of 1942 the auxiliary services of the Navy were formed, and in 1943 the fleet created its own auxiliary female anti-aircraft service.

Women in auxiliary units of Nazi Germany were recruited from between the ages of 17 and 30. Beautiful blonde women proved that serving in the military might be one of the things women do better than men. Among the duties that were assigned to them was the supervision of female concentration camps.

Many of these women were not inferior in cruelty to men, and after the war were convicted of war crimes. No need to mention that some of those women who served as military personnel in Nazi Germany were executed after the Nuremberg Tribunal.

1. The ranks and attires of women in Nazi Germany

The system of ranks for each military women’s service had its own, very confused set-up, with each rank designated by ring-shaped patches on sleeves, collars and headdresses or sometimes by shoulder straps. This practice of putting the ranks on various articles of attire continued until the order of 29.11.1944. Starting from this date, all women’s support units of in Nazi Germany were not integrated into a single Women’s Support Service with a unified system of titles.

Mussolini’s women: in bed with a dictator

Even before that, by the order of August 28, 1944, women serving in the army received the official status of servicemen. For Nazi Germany, this became a landmark in the concept of “total war” – now the Germans no longer considered it shameful to send their women into battle.

Which fact strikes you as most peculiar? Tell us your thoughts on the role of women in Nazi Germany in the comment section below.