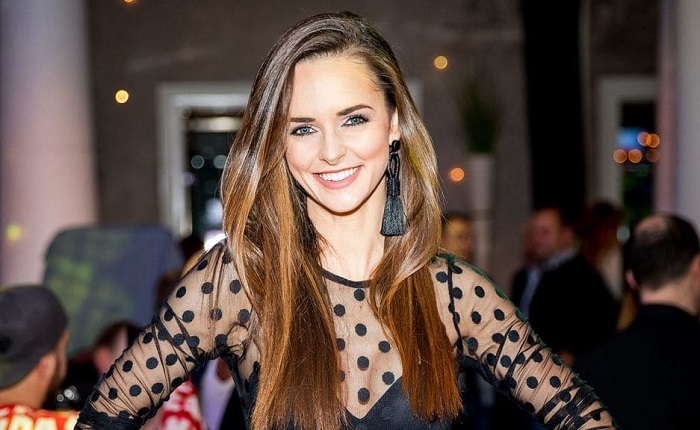 Hungary has a great deal of nice women. The charming look of Hungarian women is admired by men from many countries. Danube’s beauties conquer modeling agencies and beauty contests. Many of them star in movies and win gold medals in different kinds of sports. Our post shows the most beautiful Hungarian women known abroad as well.

Eniko was born in 1987 in Bekescsaba. In early childhood, she was a very thin girl, that is why she was constantly bullied. At school, she was even called “Toothpick”. But thanks to her thinness she got into the modeling business.

Annette is very popular due to her efficiency and resoluteness, she was even envied for. Starting from 3 y. o, Annette has been involved in gymnastics. Later on, she switched to fitness classes. It made her the way to success and to the great body shape. It all helped her win the Miss Supranational Hungary beauty contest, and she is highly ranked among Hungarian women.

Annamaria was born in 1992 in Debrecen. She has a charming smile and spellbinding look of almond-shaped eyes. In 2013 Annamaria Rakosi won the national contest “Miss Hungary”.

Annamaria has been professionally engaged in aerobics for twelve years. She graduated from the University of Budapest.

After she had won “Miss Hungary” competition, her photos were published in some popular Hungarian magazines, as well as in issues of many other countries.

Christina was born in 1974 in Budapest. When she was 14, Egersegi became the member of the Hungarian Olympic swimming team. Christina Egersegi is a five-time Olympic champion (1988, three times in 1992, and 1996) and won silver and bronze medals of the Olympics.

Two times she became the world swimming champion (1991, 1994) and had some state Hungarian awards.

Dobo was born in 1988 in Debrecen. Translated from Hungarian, her name means “chaste”. In 2010, she won Miss World Hungary beauty pageant. Due to her beauty and brilliant career as a model, her photos were published in many magazines, and the leading fashion houses invited Agnes to participate in shows.

Beres Evelyn could collect a serious set of awards for her beauty as well. In 2011, Beres won “Miss Hungary” contest and, as a representative of Hungarian women, she participated in Miss World contest, where she presented her country among 20 most beautiful girls in the world.

She was born in 1979 in Budapest. Osvart graduated from the capital’s university. When she was 16, she started her modeling career at the age of 16. Andrea Osvart was traveling, she took part in different shows and acted in commercials.

In the early 2000s, Osvart began to star in movies. She got success after her participating in movies like “The Transporter”, “Aftershock” and “Worlds Apart”. Andrea Osvart is the winner of the Golden Pegasus, Golden Nymph and Golden Globe (Italy) awards.

Sarvash won “Miss World Hungary” 2018. In addition to the crown, she also received a prize for the “Most Charming Smile” nomination.

Andrea represented Hungarian women at “Miss World” contest and entered the top 50 most beautiful girls. The world’s leading brands are happy to cooperate with her, and her sexy photo shoots beat many world ratings.

New success is still ahead of her, but now Andrea Sarvash is a recognized standard of beauty and femininity for many men.

Where to find a good partner and wife

Barbara was born in 1993 in Budapest. Palvin started her modeling in 2006, when she was 13. A year later she was already working in Japan, where her fame and popularity were growing. Barbara Palvin took part in shows presenting the collections of the most famous fashion houses.

During her modelling, her image appeared for popular fashion magazines. In 2009, she began cooperating with a modeling agency, IMG, where her career raised rapidly.

She posed for Jalouse magazine, her photos appeared in L’Officiel and Vogue. Barbara Palvin participated in advertising campaigns for famous clothing brands, starred in movie “Hercules”. Barbara was called a “mixture” of a young Brooke Shields and Natalia Vodianova.

Monika was born in 1988. Her perfect body shape and amazing eyes shape are the key to the modelling success.

Being one of the most popular Hungarian models, Monika Kocso’s photos are regularly shown in popular magazines. She participated in fashion shows in Milan and Paris. She often signs profitable contracts with famous world modelling agencies.