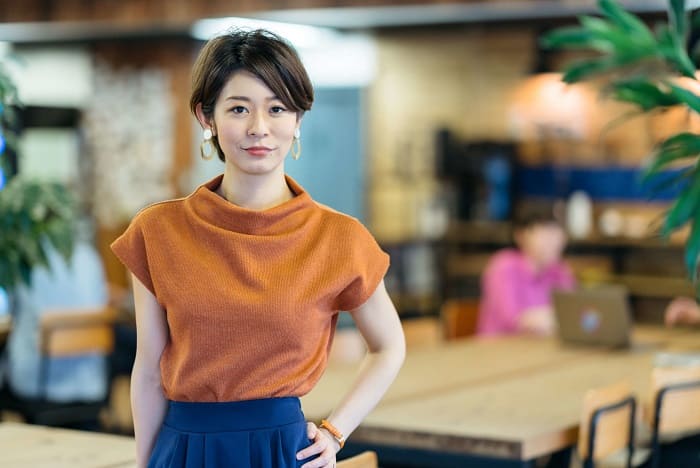 I lived in France for several years, and now I work in Japan. These are two developed countries, but very culturally different. Japan, with its respect for traditions, is on the one hand, but with a peculiar culture of anime–manga, etc., on the other.

France with its “freedom, equality, fraternity” and “marriage for all” has the considerable respect for traditions as well. And yet both countries have surprisingly a lot in common with regard to the status of women and attitudes towards them, although it may seem otherwise at first sight.

The topic of women in Japan is immediately interested to me. Firstly, I am a feminist, and secondly, some differences (with France) are very evident. For example, the presence of pink cars. For example, the everyday clothes of Japanese women – many more women wear heels and very short skirts, and in general they look more “feminine” than French women. Lots of jewelry, all kinds of bows, are a must.

There is also a very noticeable difference in men and women behavior. Regardless of social status, most women are very helpful and gentle. In addition, even without knowledge and understanding of Japanese, it is noticeable that men and women speak differently here: women’s speech sounds more fluent, melodious. Japanese women speak in a gentle, usually high voice. And this is not just my perception – the fact is that Japanese language does have a masculine and feminine “dialect”.

Women speak in more polite form, and there are also purely feminine and purely masculine words in Japanese.

And finally, there are no women in my laboratory, among professors and research scientists (except fo me). There are female graduate students, but … there is not a single Japanese woman among them. There are Japanese women among students and staff. The secretary is also a girl.
I began to observe.

My unmarried male colleagues, while talking at some corporate party, for several times started talking that Japanese girls do not want to work, but everyone wants to get married (apparently, the presence of my person nearby suggests such conversations). I objected to them – well, look how many girls we have in the laboratory, they study and are probably going to work! The men answered that the girls needed education solely in order to find a good groom.

Then I gave women postgraduate students as the examples (I believe they yet exist, and it’s purely accidental that we don’t have them in the laboratory) – why do they need to study for so long? I was told that the more a Japanese woman studies, the more she really wants to get married and not to work. Since the better her education is, the better she can “catch” a husband who earns a lot — she then doesn’t have to work.

To my question of how they feel about their potential wife working, one man answered in a whisper that he, in principle, is not against a wife scientist, since it seems to him that she would understand him better. The other one responded in horror that his wife should wait for him at home and meet him from work. To my question if the wife had her own interests, and she would also like to work, he did not answer. Apparently, this option did not occur to him.

I realized then it were the boys who were talking and slandering. But my colleague, a Chinese woman with very “Western” views (she had lived in Europe for several years), who lived in Japan for 3 years, confirmed everything to me. It turns out that our fellow Thai female graduate students are not going to work as well, but are waiting for their “princes”.

I immediately thought that Japanese women do not want to work, because they choose between bad and worse. The fact is that a Japanese woman who wants to make a career is expected by completely wild hours of work, as well as a non perception of her male colleagues.

In addition, the system of nannies and babysitting, as well as au pairs, is completely undeveloped here – as I understand it, this is considered wild, almost indecent. In France, this system is quite developed, and my (already former) supervisor, who was a very cool woman, combined family and career in exactly this way – she had the army of nannies.

That is to say, if a woman in Japan plans to have children, she would face an almost impossible task – how to organize all these. And I understand that for many women the price is too expensive. They do not want to kill themselves at work and give up the prospect of family life – and they can be understood and explained.

I wrote all these thoughts and observations in my journal, and among the comments was this:
“I also would like to know if there are, so to speak, “rebels” among Japanese women, who do not like this whole patriarchal idyll, and how they survive in such a conservative environment?”

Since it was very interesting to me as well, I began my little investigation so far in order to understand what and how Japanese women live.

I also provide a translation of an article I liked written by a Japanese Hiroko Seino (Editorial Staff of Yomiuri Shimbun, Osaka Headquarters)

Under the motto “Get rid of loneliness while raising a child,” women’s clubs began to appear throughout Japan. During one of these meetings in the suburbs of Osaka, a young mother said, “I have a one-year-old child. I recently went to a driving school to get my license. This was my first separation from the child. But when I had some time for myself, I suddenly began to think about finding a job. As long as my child is small, I can leave him in the nursery. But what should I do when the child goes to school? It worries me so much that I can’t make up my mind about anything.”

Another woman who has been involved in organizing such clubs for more than 10 years is also worried about her future before her 40th birthday. “I have raised three children. But now I want to be independent. If, for some reason, my husband cannot work, my children and I wouldn’t have a livelihood. And if I want to find a job, then this is my last chance at my 40 years old.”
Many women are faced with a choice – to work or not.

Undoubtedly, the support system for women with children is underdeveloped, but this is not the only reason. In Japan, where the number of women in leadership positions is very low, women are not seen as an important work force. This makes it difficult for women to imagine their future if they keep their jobs.

Nowadays, an unmarried woman who agrees to work overtime is considered as a full-fledged worker. However, once she gets married or has a child, she becomes a lower-class worker just because of her family responsibilities. Such realities have caused women to marry later, and the birth rate has declined.

As a rule, a woman who decides to have a child, leaves her job. The woman herself, as well as those around her, tend to believe that she does this because of her desire to raise the child herself. However, this is not true. Hopelessness and humility make her leave, even if she considers it her desire. Giving up work in order to devote herself to the child makes her also want to become an ideal mother and overzealous in raising her child.

On the one hand, they begin to be considered unreliable workers.

On the other hand, a working woman responsible for children and often caring for elderly parents, cannot compete with men who are “worked” by their “full-time” housewives. As a result, women are not considered as full-fledged business partners, and they are often subjected to sexual harassment.

What’s more, most women who go to work after raising children, are taken on part-time jobs. With the current Japanese tax and pension systems, it is more advantageous for local women to depend on their husbands.