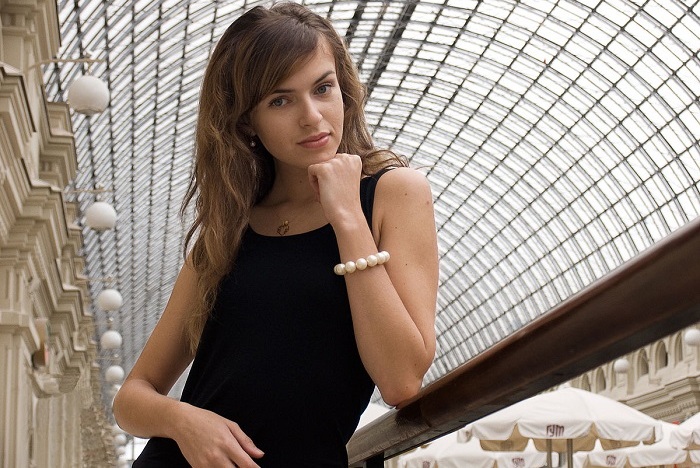 With regard to appearance, our Russian girls, of course, are head and shoulders above the Germans. In my (and not only my) humble opinion, Russians are the most beautiful, at least of those that I have seen).

They say that Latin American women are beautiful as well – I need to see). German women are inferior with regard to appearance not only to ours, but also to the majority of European girls. The Danes or Swedes are much prettier.

It does not mean that all German women are scary – I saw those only in Berlin. Secondly, there are hot things, for example, in the summer in Hafen on weekends). But on average they are just so-so.

And although German girls often have beautiful faces (but ours are still prettier)), with regard to body shape, they are much inferior. They are not tall and rather flat. They usually have small breasts and almost no wasp waist.

But it is not just in natural beauty (“thanks” to the Inquisition and conservative settled way of life – their country has been in one position for a thousand years, where a single people has lived, there was no such mixing of blood, as we have), but Germans don’t pay much attention to their look and dress haphazardly. This is all the more strange, considering that in Germany only brand things are sold in stores. But at the same time, they manage to look very untidy with regard of clothing and style. They love unisex jeans and sneakers, you rarely can see them wearing a skirt and high-heeled shoes.

Our girls are not only naturally beautiful, but they also put all their efforts into appearance first of all. Fitness, surgery, solarium, sexy clothes, etc. – a Russian girl usually tries to look 200%. There is even humor that “our girls even go out to take out the garbage in high heels.” It’s a joke, but there is some truth in every joke. And I love it! Quite often I meet the opinion that this is a “collective farm and whorestyle”. So – I like our “collective farm and whorestyle” much more than the European unisex).

The first thing that caught my eye was that both German women and men are mentally kind of 10 years younger. I mean, let’s just say, a 25-year-old Russian girl looks and thinks like a woman, a 25-year-old German girl looks like a girl. Many of our 25 y.o. girls are already married to nurse children, have changed jobs and traveled many countries, while the German women of the same age hang out at parties and don’t think much about the future. This is due to several factors:

* Firstly, there is no social pressure and show-off in Germany. Nobody cares about your privacy. If you don’t have a partner, that’s your choise, and no one considers you a loser. German women have no attitude to get married as early as possible and that life ends after 30.

On the contrary, their life just begins after 30. As a result, you may not worry too much about the opinions of others and live for yourself. Our history has left its mark — Russians are eager to achieve everything as quickly as possible, as if we live every day as our last. Hence we have enforced development and the desire for perfectionism. The Germans are not in a hurry and live for themselves.

* Secondly, they study here for a long time. They go to gymnasium for 13 years. In addition, it’s a common thing here to leave for the 2nd year or more. After the university there is usually a practical study. They start working in their area of specialty here by the age of 30. When I arrived, I was constantly asked about my age. I was 25 then, and I had already had a university and work experience behind.

As a result, on the one hand, Russian girls look older, more feminine, more mature and more experienced. German girls are pretty sweet at heart, just like our teenagers. However, they have quite a lot of interests and have something to talk about. In addition, they love sports.

Germans are quite polite and friendly. I have never seen a German woman swear. It is very pleasant to communicate with them.

Another feature of German mentality is that they are quite androgenic, at least mentally, if I may say so. It means they share the interests of the guys a little more than completely – they love beer, sex, soccer, cars. They talk about the same).

Hangouts are common here, German women in a purely male drunken company do not feel like sore thumbs, but are like ducks in water. It’s a pleasure to make friens with them! But it’s not easy for me considering them as girls, rather. It gets ridiculous – German women create topics on women’s forums: “I like a guy, but he told me that I was just a friend for him – help me, what should I do?”. This is the other side of the friend zone, parallel universe, yeah).

On the other hand, by the age of 35 German women realize that such an approach is not the best idea, and that men pay more attention to beautiful and feminine women. It leads to the fact that German women, as a rule, take care of themselves and try to look well-groomed and feminine, since their money allow to do that. So yes, German girls are so-so, but German women and grandmothers are much more well-groomed and more beautiful). True, I’m still interested in girls).

Germany is a country of victorious feminism. Living for yourself, not wearing makeup, not dressing up, not going out of your way to please, not cooking, not doing anything around the house is the dream of many feminists. But as they say, after dinner comes the reckoning!

German men are not required to take the initiative, as we do, when dating. So, if you are a pretty girl, it does not mean that they get to know you. Do you like the guy? It’s not enough just to dart glance – go up by yourself! By the way, it’s not customary to make acquaintances on the streets here, and although this doesn’t stop local pick-uppers, on the average girls react to that not as positively as we do.

They date mostly via Internet. A great occasion for street dating is to ask for directions or take a picture. The straight phrase “I like you, let’s get to know each other” doesn’t work in Germany.

There is no a kind of honeymoon period among Germans. We’ve dated and like each other – Es ist Gut. No courtship, no “hold the door, give a hand for help”, etc. Half the bill at the restaurant. The German women are used to it. And they are very pleasantly surprised when you do it. But you need to be careful! If you offer to pay her bill too early or call her mein Schatzi (my treasure) – it can be taken with hostility.

Partnership relations are generally practiced here – no one owes anything to anyone. On the one hand, it is good. No one is blowing mind with jealousy or “you have to…”. Kept women are practically absent – girls are used to work.

On the other hand, there is no division of responsibilities here either. So, guys have to cook, and girls have to hammer) By the way, that’s why German women are terrible housewives. There is no reason to cook well, if you can shop everything at Aldi. Guys cook in all German couples I know.

Considering the mental similarity, German women and men prefer to look for their peers as life partners. Germans choose peers because they look young (there is even a popular website, where visitors are suggested to guess how old a girl is – 12 or 20), Germans choose peers as the money don’t play a special role here – everyone is used to working. And a young guy is better in bed than an old man. In addition, peers have more topics to discuss.

Partnerships and peers are good, but rather bad, when it comes to classic relationships. And it’s not surprised! German women have the same thing in their heads as our teenagers – unmotivated grievances, “he should have guessed it himself,” etc.

By the way, one third of German women and men live alone – it does not mean they are forever alone, they just prefer partnerships. They usually get married here at the age of 33-35.

In this sense, the Germans are good. They are polite, sociable – this is the part of the Western culture. I didn’t see a German woman swearing).

Considering that German women study a lot and well, go in for sports and lead an active life, there is something to talk about to them. Moreover, they are nterested in almost the same things as the guys – beer, football, sports, cars, etc. They love to travel.

On the other hand, ours (Russians) are deeper and more interesting. German women are rarely interested in such high matters as literature, culture, world problems, etc. It is ideal to talk to Germans about everything and nothing.

On the other hand, we don’t have a small-talk culture, a simple “hello, how are you?” . And our people are not shy in expressions).

In addition, the Germans are quite normal about one-night-stand, and they are not remorseful (so to speak, if you sleep with everyone, you are a whore). So what? German men may enjoy many girls, so German women do it as well! That’s why they prefer not to delay, but to consummate their passion immediately, without any classic three-time dates.

In the mean time, it is important for many Russian girls to get to know a person, to fall in love first. But for German women sex is more important – sex at first, and love can come later.

If you need a girl for one-night-stand or just as a friend or a partner, if you are not very demanding on a girl with regard to look, then a German woman is great for you.

I prefer feminine, beautiful girls, look is very important to me. It is also very important for me that the girl is mentally mature, without any teenage quirks. And if she is a good hostess at the same time, then she is beyond any value! According to all these parameters, Russian girls win by a shutout! And what’s your opinion?