American females’ skin is characterized by diversity. But are we to believe that they have different rights because of that? Let’s try to find it out.

Whose discrimination is worse?

When black women complain about disrespect and discrimination towards them or establish communities for themselves which white American females may not join, the whites begin to claim the human rights abuses of the whites and even accuse black people of “reverse racism”.

In the opinion of black women, most of white females seeking arguments in favor of the violation of their rights just want to prove to the society that black females enjoy the same rights as other women and even more. White ladies, in turn, declare black females are not the only ones who can be discriminated and put in a weak position because of their skin color. It looks like a competition where women compete to find out which racism is worse. So which party is right?

These are just some related aspects of that phenomenon. The real meaning of “racism”, according to people of color, is completely different.

Why aren’t black American females able to discriminate against whites?

In their view, racism is much more complex thing than the problems listed above. It manifests itself not on the level of interpersonal relations to a greater extent, but on the level of institutions. That is, racism represents a system in which one race dominates and derives benefits from the subjugation of the other one. And since black people don’t benefit from such a system they can’t be called racists.

That’s why when black American females are biased against white ones or other non-whites, it shouldn’t be considered as racism. Dark-skinned people do can express a biased opinion about the whites, ignore or even hate them as well as other black people. They aren’t trying to deny it. But people shouldn’t confuse prejudice and racism.

Black people believe that even modern American society isn’t able to provide representatives of every racial group with equal power, social position and opportunities. They know that white women all over the globe have overcome so much including enslavement, sexual harassment as well as persecution throughout history.

However, with the reference to the United States history, light-skinned population has not been slaves. Nobody established colonies for white European women or segregated them here. A completely different fate befell black-skinned people.

As for now, according to African-Americans, they suffer from housing discrimination, because landlords and realtors are more likely to give preference to white American females rather than black ladies. In addition, they face labor discrimination, since employers are more willing to hire light-skinned persons.

Moreover, in their view, white people aren’t subjected to cruel treatment by police or deprived of their liberty as often as black people are.

Of course, it doesn’t mean that white people don’t suffer from ill-treatment by law enforcement bodies or something, but they face it on a much smaller scale than African-American people do. That is the reality of discrimination, in the opinion of black American and Asian females.

White women, for their part, can also make a case for the existence of reverse discrimination.

Let’s check out their arguments and figure out why black-skinned women think that such arguments are baseless.

“Equal opportunities policy makes it impossible for white women to be employed and get scholarships and grants”.

The debate on equal opportunities policy has been carried out for decades in the USA. A lot of women are confident that it’s the main proof of reverse discrimination, since black women with the low level of knowledge can get into college and acquire qualifications in demanded professions as well as obtain higher paying careers and positions afterwards, just because they belong to ethnic minorities, whereas decent and intelligent white women lack those advantages.

Black women think that the whites don’t take into account the fact that equal opportunities policy did not show up out of nowhere. The United Stated needed a system that would solve a long-standing problem of underrepresentation of African-American people both in the area of education and in employment. For example, it’s very rare to find black American female doctors.

Equal opportunities policy does not put white women at a disadvantage, but promote the equal representation of black-skinned and light-skinned persons.

Moreover, according to statistics which you can find in Student Aid Policy Analysis written by Mark Kantrovitz, fair-skinned college students get scholarships much more frequently than people of color. White females are 40 per cent more likely to get scholarships.

With regard to employment, according to the study of the National Bureau of Economic Research, a potential employer is 50 per cent more likely to call back to women whose names sound as the names of light-skinned females than to women with a “black sounding” name.

Wearing black hairstyles has become popular among white American females recently. You can meet a lot of pictures of white girls wearing such hairstyles on the web and in magazines. For example, Allure Magazine once published an article called “You can have afro” containing a picture of a light-skinned girl wearing afro. 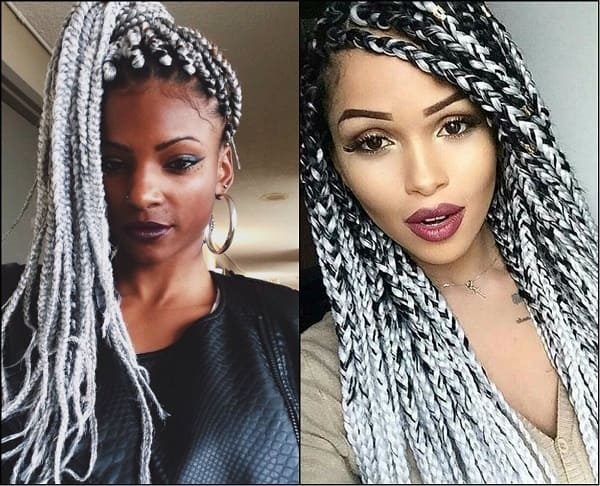 This fact has outraged African-American women. They began to claim that it was a slap in the face of black women.

Many white women, for their part, expressed surprise at the statement and wondered why black females often straighten their hair or dye it blonde.

But black women have something to say in this regard. First, there are a lot of natural blondes among black and Latin-American women throughout the globe. They can even have blue eyes. But that’s not it. We can’t accuse black women of stealing whites’ culture and in particular their hairstyles without bearing historical aspects in mind.

Black people were forced to look like white women in order to have a possibility to survive in American society in which they can be refused employment or denied admission to prestigious educational institutions because of the natural state of their hair. And white American females, in their view, just try to turn their historical legacy into a parody.

“There are communities and TV-channels intended exclusively for black women”

Many American women know about the existence of Black Girls Rock – a famous movement and an annual show founded by one of the African-American top models and DJ Beverly Bond aimed at promoting black-colored women in different areas. (Maybe one of them will become famous American black female jazz singers).

Moreover, African-American people celebrate their own holidays such as Black History Month – an annual event dedicated to fight against slavery which extends over the entire February.

In addition, they have BET – a cable television channel targeting only African-American people.

But in the opinion of black women, things listed above are not discrimination against white American females, since they aren’t meant to offend them and created out of necessity.

As we can see, the view on discrimination varies depending on who you ask. We hope that one day both black and white women who fight for their rights will achieve equality for women’s rights in America.

What do you think about the equality of white and black women in the USA? Feel free to express your opinion above or send us your own story!