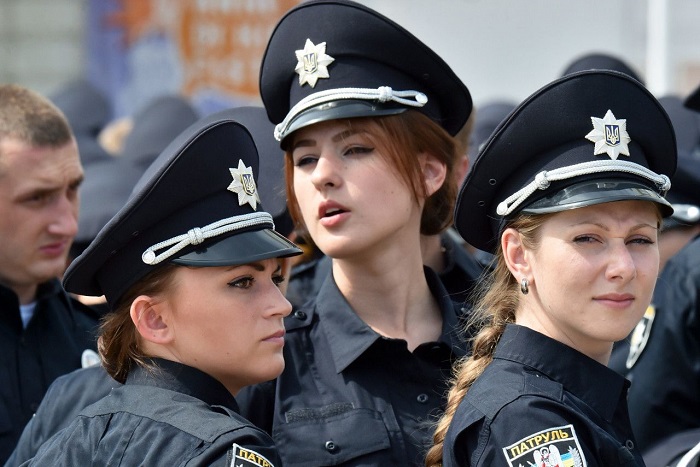 Traditionally, police work is a male dominated sphere. Nevertheless, there are many countries in the world where hot police women perform their duties no worse than their male colleagues!

In Indonesia young women wishing to apply to join the police force must comply with quite a strange criterion — they must take a “two fingers test”, or in other words, to undergo a virginity test. 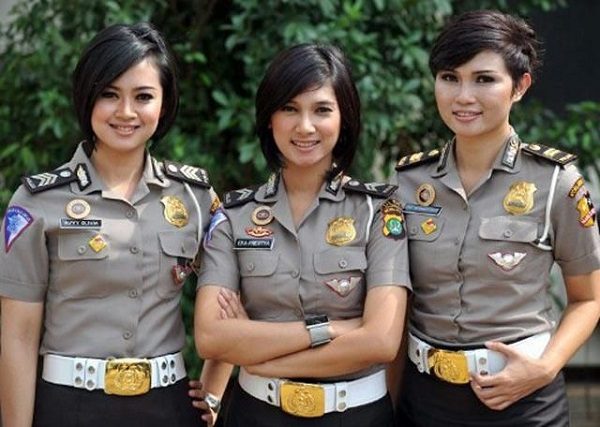 The thing is, newly recruited Indonesian hot police women must be unmarried virgins. Tests that are run by medical staff make women feel traumatized and humiliated.

In 2010 the head of The Human Resources Division of the Indonesian Police claimed that the painful procedures would be terminated.

Nevertheless, the official website of the Indonesian police says, “In addition to physical-fitness tests and medical screening, applicants for policewomen positions shall pass a virginity test.”

A major police reform has recently been implemented in the State of Haryana located in the north of the country where a lot of all-women police departments have been established. Those police units deal with crimes against Indian women. 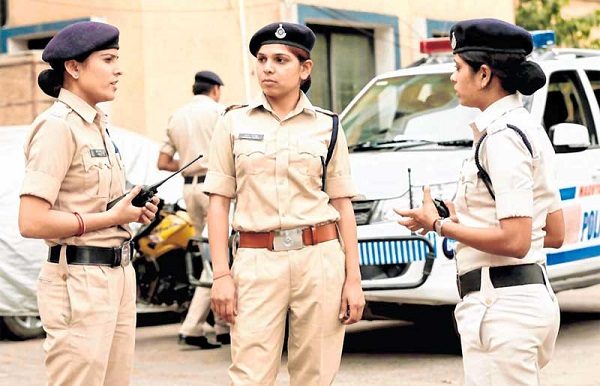 Such measures were implemented in connection with a growing number of raped women in India and the absence of explicit legislation to protect their rights. Paradoxically, incidents regarding the domestic abuse of women aren’t treated as the violation of their rights.

By design, the investigation of such crimes conducted by hot police women will make these incidents more transparent, help to inspire confidence in terrified victims and help them better adapt to society and be more cooperative. 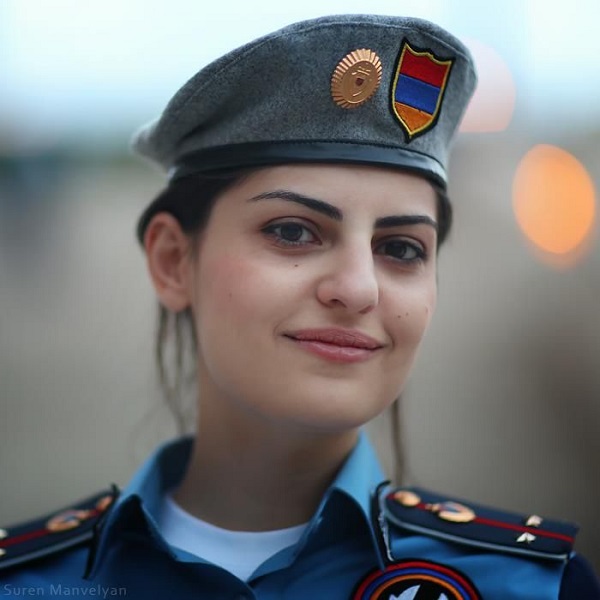 It’s a new type of police formations that implement a new approach to ensuring public order and security. These police units function both as a street and road patrol service.

Apart from ensuring public order, their duties also include communication with the citizens and visitors of the country, interaction with tourists in English and first aid.

Women serving in such patrol services are characterized by fitness, education and love for their job.

The first two women were hired as members of the Canadian police in 1912. The recruitment of the hot police women was necessitated by the high rate of crime, prostitution and alcoholism in the fast-growing cities at that time. It was made at the behest of social organizations that struggled for women’s rights. 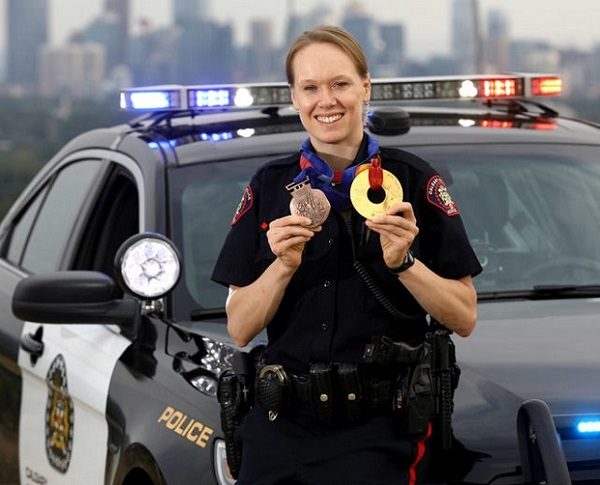 The news published in the newspaper of Vancouver flashed around the nation. It was an exceptional event for its time. It provoked a heated public debate, since neither black nor white women had the right to vote in those days, not to mention join the police force.

The first Canadian policewomen didn’t wear uniforms. It appeared only in 1947. Moreover, they weren’t supposed to carry arms, although they were obliged to be trained to use it like all other policemen.

Policewomen made half the salary of men and weren’t granted social guarantees.

More than a hundred years have passed since then, and today women account for 25% of the Canadian police staff. They work on an equal basis with men and receive equal pay with men.

In the Lebanese city of Broummana police women are obliged to wear sexy shorts. They patrol the area of responsibility wearing t-shirts, red berets and black tight shorts. 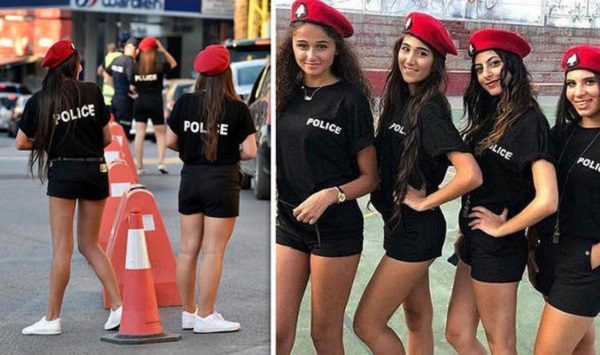 The Mayor of Broummana thought that this uniform-related innovation would help the city attract foreign tourists. He claimed that 99 per cent of visitors to the Mediterranean region are dressed in shorts.

The Mayor also noted that he wants to change the Western perception of Lebanon as a dark place.

At the same time, some users of social networks criticized the using of beautiful girls for the attraction of tourists. Others noted the fact that men serving in the police don’t wear shorts, and their uniform remains unchanged, which is a sign of gender inequality.

Service in the police is challenging, but not in Iceland. Local members of the law enforcement bodies don’t usually engage in car chases, manhunt or the apprehension of criminals. The point is that this country has one of the world’s lowest criminal rates. 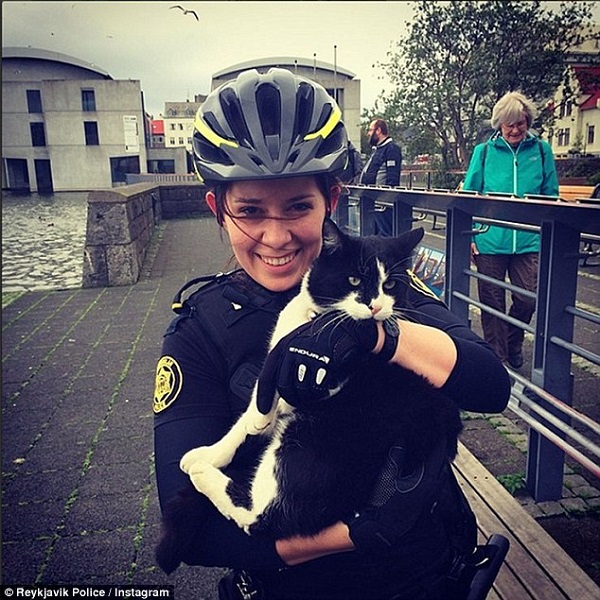 That’s why local hot police women protect the safety of their citizens differently – help children, search for lost pets, participate in parades and generally have a good time.

Killing in this country is very rare. On average, there are no more than 2 murders a year in this Nordic country. And, for example, in 2008 there were no murders at all.

That’s why the policewomen just patrol the streets unarmed, eat ice-cream in their spare time and take selfies for the official Instagram account of the Icelandic police. So, if dating a female cop is what you want, then you should go to Iceland – female law enforcement guards will definitely have time to chat with you.

You can become a North Korean road police officer only if you are a tall and very beautiful girl (that’s what these girls have in common with Russian women employed in the police). That’s exactly what comes to mind when you look at the pictures of gorgeous female crossing guards from the Korean peninsula. 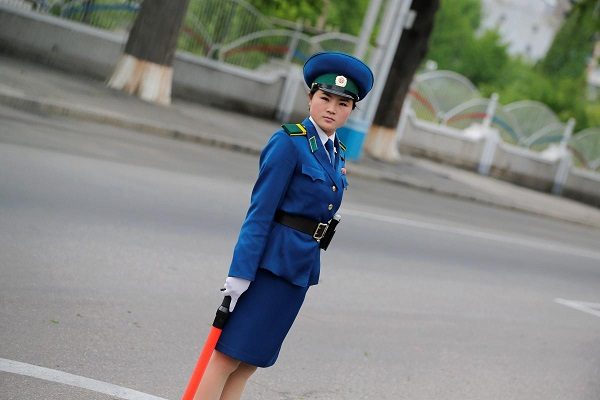 The all-women Pyongyang road police has long been a common occurrence, especially lately, when the traffic density has increased.

Girls crossing guards are probably the most popular symbol of this closed country, along with numerous prohibitions for local citizens.

They even direct bicycle traffic and salute to the highest-ranking military officers and government officials.

By the way, their pictures are widespread in North Korea itself. Hot police women are printed on postage stamps, posters and flyers as propaganda.

This country has the highest number of policewomen among the Middle East countries.

Interestingly, the law and order guards serving in the city if Dubai, UAE have recently switched to expensive supercars. The police department of the largest city in the United Arab Emirates decided to add to its vehicle fleet and bought Lamborghini Aventador with an engine of 700 horsepower. 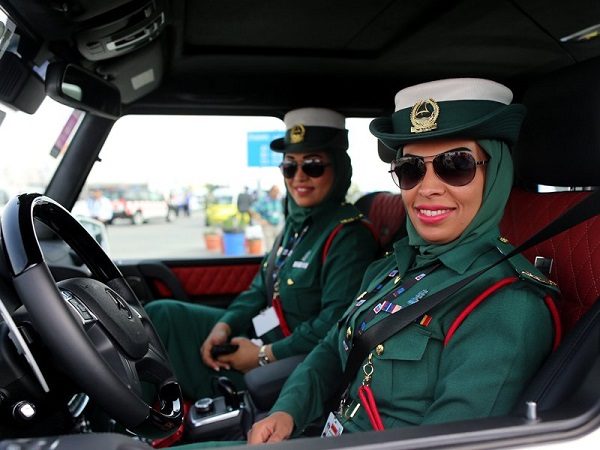 Not only policemen, but also policewomen got a shipment of new Ferrari 4 worth 500 000 dollars each. The women had previously gone through special driving training that allows them to drive this kind of cars.

In this South American country you can find not only hot police women, but also empathetic and caring ones. 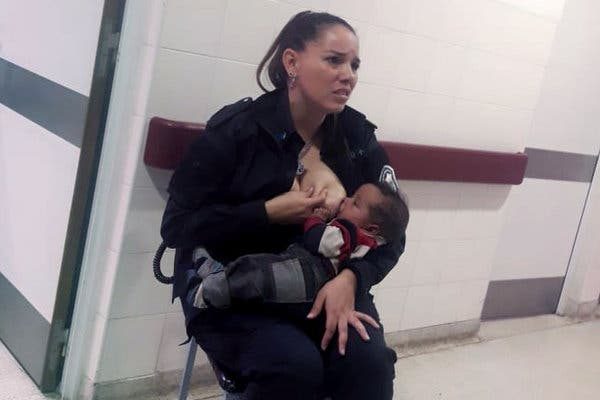 One day, while on duty at the hospital, an Argentinean hot lady cop Celeste Ayala noticed a crying baby, but medical staff didn’t come near him. He looked physically exhausted and apparently was hungry, since he was trying to suck his hand.

It turns out that the baby had been taken from disadvantaged backgrounds.

Celesta’s heart was breaking. She couldn’t stand it and asked doctors for permission to breastfeed a baby. She was allowed to do it in the corridor of the hospital. And while the policewoman was breastfeeding the boy, her colleague took a picture of that action and posted it on Facebook, expressing his admiration.

After that the woman got a promotion and a thank-you note from her superiors as well as brought Argentinean policewomen worldwide fame.

Thailand (has hot police women who can survive in wilderness)

Most members of the police in this country are men. The few Thai women who have swelled the ranks of the local police units usually do office work. 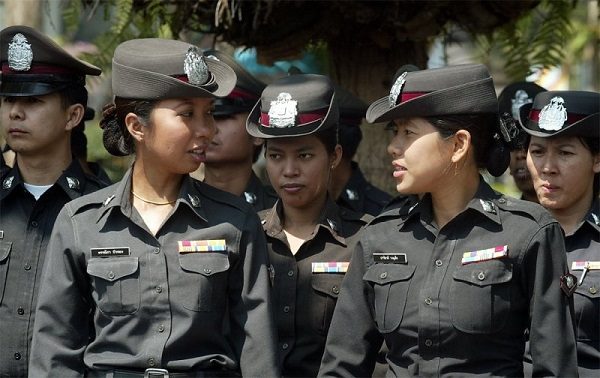 Nevertheless, since 2009 the Thai police has been recruiting girls cadets. By the way, a lot of women express the wish to serve in law enforcement bodies.

The special 4-year training course includes parachuting, a course in wild jungle survival and many more.

Upon completion of the course, brave women are given the ranks of Junior Lieutenants.