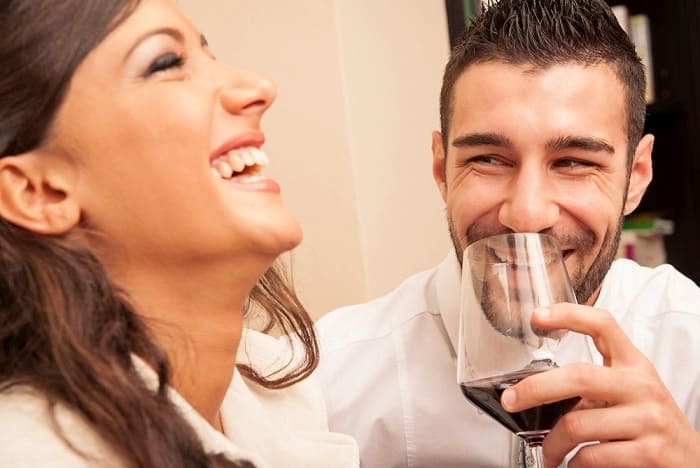 Sexual harassment current events are still one of the main topics promoting in the media. The cases of Harvey Weinstein and others are on everybody’s A-list. But are women themselves so innocent? Can they aim their own interest?

The famous “discoverer of stars” and producer Harvey Weinstein became the most despicable man in the world in a matter of days. But the persecution of Weinstein has a very simple explanation: there are the big sums of money behind the scenes of that campaign and the people who don’t like to lose that money.

We’ll try to find out whether Weinstein was really guilty of sexual harassment, why the victims of his actions confess it only now and, in general, can women themselves be partially at fault for sexual harassment.

The appearance of an article at “The New York Times” exposing Weinstein in sexual harassment of Hollywood’s actresses became a surprise, maybe, only for the Inuit of Alaska or the woodcutters of Oregon. In Hollywood, everybody was aware of a Weinstein’s scandalous reputation.

He was born to a poor Jewish family living in Queens. In 1979 Harvey decided to busy himself with movie making, not having any special habits or knowledge. Together with his brother Bob he organized a company named “Miramax” which was called in honor of their parents Miriam and Max.

The discoverer of stars

Let’s go back to the time when sexual harassment news weren’t so popular. When Harvey received the reputation of “the discoverer of stars”, a lot of young actresses who were ready to do everything in order to get successful roles in movies, lined up in front of him. 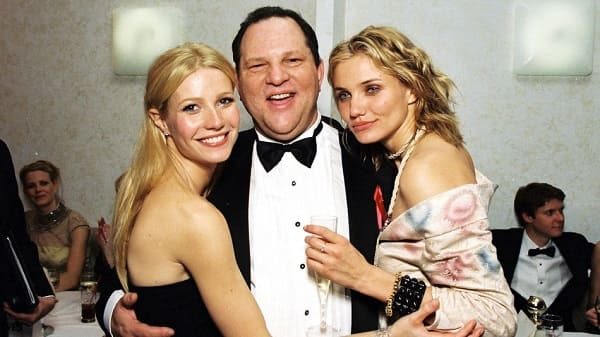 Many of them didn’t even hide that they were his proteges. By the way, afterwards many of those American women filled up the list of Hollywood’s highest league, having proved that Harvey had chosen them not because of their appearance or sexual intercourses. For example, due to Harvey, a really great actress Uma Thurman became famous.

How Miramax was killed

Inspired by that success, Harvey worked all days long, producing one masterpiece after another. More than 300 movies that he had produced for the last 20 years were nominated for “Oscar”. (It’s so fun that Oscar 2018 actresses condemned sexual harassment in Hollywood. Why didn’t they do it during the previous 20 years?)

But his relations with “Walt Disney” gradually got worsened because Harvey often forced directors to reassemble movies in spite of the fact that scenarios were confirmed by the leader of the studio. When Weinstein decided to leave the company, he could redeem “Miramax”, but the president of “Walt Disney” enquired more than 2 billion dollars for the studio! Weinstein slammed the door, declaring that he would better start a new business than accept the conditions of the dishonest magnates.

Then brothers Weinstein founded their own company, “The Weinstein Co”. At first, thing went very well. Weinstein produced such movies like “Inglourious Basterds” and “Reader” which brought good earning and nominations for “Oscar”, but then it was like he became a different person. It didn’t relate to the sexual harassment cases yet. 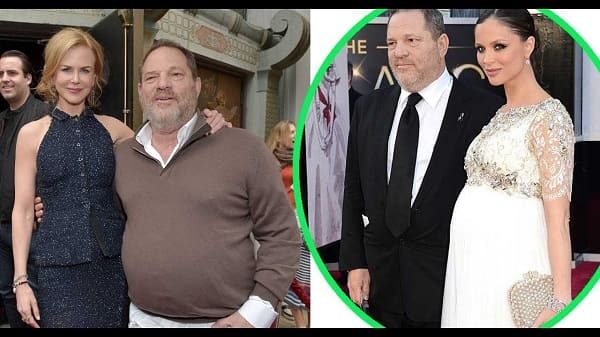 It started in 2013 with Peter Jackson’s “The Hobbit” when Peter and his producers kept the lion’s share of income from brothers Weinstein. In 2014 Harvey worked on the creation of television programs for British TV, but that deal fell through and investments were lost.

In 2015 almost all movies produced by “The Weinstein Co” failed. 2016 became even worse year than the previous one. The main symbol of that year’s failure became a comedy “Wild sheep” that Demi Moore starred in. It had only a 125 thousand dollar box office! In 2017 a series of failure continued. And then Bob Weinstein decided to talk seriously to his brother.

In Hollywood, everyone got accustomed to thinking that Bob Weinstein was an antipode of his brother Harvey. Harvey resembles an impudent and assertive “bear” which can influence sexual harassment statistics, and Bob seems to be the embodiment of intelligence. But it’s not true. The workers of Weinstein’s studio confirmed that Bob was a more authoritarian chief than Harvey.

It’s considered that brothers Weinstein quarreled in November last year after their mother’s Miriam Weinstein funeral. Before that case, conflicts between brothers also occurred, but after the mother’s death they became enemies. And the conflict was caused by money. Bob thought that Harvey wasted time with useless experiments in art-house and spent money that Bob had earned. And then, when all persuasions to sell Harvey’s share of the business failed, “heavy artillery” stepped in. 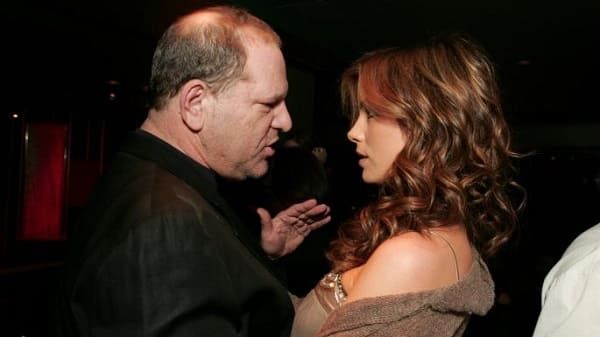 Now almost every more or less famous figure of Hollywood joined the revealing of a “loathsome Weinstein” and accusing him of sexual harassment, that’s why now it’s absolutely unclear who exactly was abused by Harvey and who was hurt by him in distance.

The reason of that participatory is simple: everyone in Hollywood perceives that the persecution of Weinstein is connected with the interests of big movie studios. That’s why actresses and actors try to “earn scores” and be noticed by those studios beforehand.

Everything is controlled with money

The reaction to the scandal related to the sexual harassment followed without delay. Harvey was dismissed from his studio. His future is indefinite. It’s extremely hard to charge him and put him to jail because of the lack of clues. But so-called “victims” can get on his nerves and deprive him of his savings.

By the way, the producer himself is ready for “battles”. Thus, Weinstein’s attorneys have already declared that the content of an “unmasking” article published in “The New York Times” is lie and slander. They have prepared an action in court. Harvey himself states that he didn’t do anything criminal.

And what about women?

Of course, we don’t know for certain whether Harvey Weinstein is as dishonorable person as it seems to the public. As ordinary people living far away from Hollywood, we can take into account only such information which was published in the media.

But speaking about the problem of sexual harassment on the whole, we shouldn’t forget that women are often at fault for such treatment to them. For example, they can be motivated by an itch of gain or a desire to get new opportunities, as it happened to Monica Lewinsky and Bill Clinton.

Moreover, sometimes women are not able to understand obvious hints. If a man invites you to visit him in his hotel’s room and not in his office or studio, you should realize that he doesn’t count on a business conversation.

In such spheres as the world of cinematography or show business, young women often “show their talents” in bed and this sort of help is considered to be a norm among people involved in those businesses – they want it themselves and expect to profit from it. That’s why if you accept “the rules of the game” you shouldn’t complain afterwards.

It seems that many American and European women don’t even understand the meaning of such phrase as “sexual harassment”. It implies violence, firstly. If you don’t like how a man looks at you, or you aren’t fond of the fact that he slightly touched your shoulder, or you hate sexism that he tells you, it isn’t harassment. 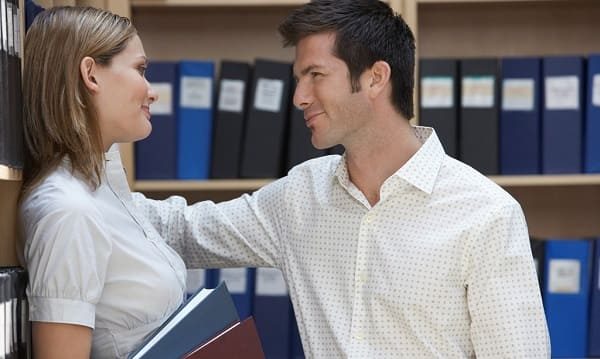 And how can men flirt with women and get round them now, after such scandals? Every man’s effort to get closer to a beloved woman will be considered as an attempt to sexual harassment since that time?

Also, a woman can defame a man in order to revenge him for something. Women who support the behavior of Hollywood’s females and are also ready to charge men with sexual abuse should think twice before they do it and remember that according to the legislation of most countries, slander is considered to be a crime.

Many women have never faced sexual harassment but since this topic became very popular they didn’t want to remain “wet blankets” and supported “victims” in different ways. But times change and, maybe, tomorrow it will be fashionable to accuse women of something. Don’t you realize that men will want to revenge you? Think of it.