Fidel Castro’s relationships with women have long been kept in secret. Here are the top 7 curious facts about Fidel Castro women!

7. Fidel Castro was against the idea of a woman being into politics

Cuba’s El Comandante revealed his views on a place of a woman in politics during the filming of the documentary on his life.

American filmmaker Oliver Stone portrayed the Cuban leader as he was, a frank and honest man who does not take female politicians seriously.

In a documentary, Fidel said that he was not going to mix his family with his politics. That was practiced only in capitalist countries, while the true Marxist and revolutionary must get rid of the idea of the first lady of the country.

How do Cuban women live?

6. Celia Sanchez, the most influential woman in Fidel’s life

Among a plethora of women Fidel Castro was spotted around with, Celia Sanchez had a special place. 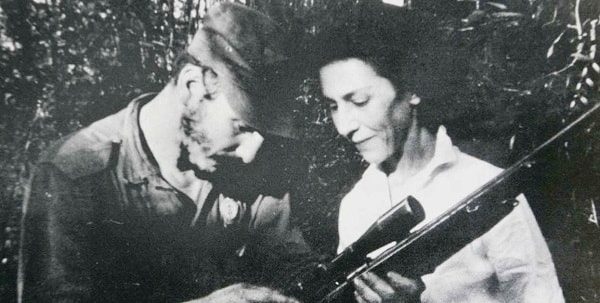 Possessing a strong and charismatic personality, she had the official position of a personal secretary of Fidel. Castro could confide anything to her. Despite his general distrust in women, Celia Sanchez proved to be an irreplaceable ally to Fidel.

The rumors are, she was his part-time lover, too. Sanchez was in proximity to Castro until her untimely death of cancer in 1980.

Celia Sanchez is responsible for creating and maintaining the archive of the Cuban Revolution and subsequent events, which she kept and updated throughout her service to Castro.

Perhaps the main love of Fidel Castro was Natalia Revuelta. Natalia was from the wealthy, aristocratic family. During the Cuban revolution times, she became involved in the upheaval initiated by Fidel. Fidel Castro fell in love with Natalia. They had a daughter, Alina Fernandez Revuelta. 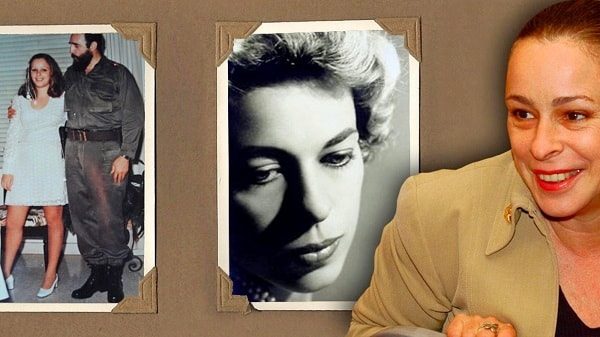 Ironically, Alina Revuelta has tried to distance from her father all her life. She even preferred his own brother Raul Castro, who became recently the President of Cuba in the wake of Fidel’s illness and inability to govern the country. The reason for Alina’s estrangement was that Raul, according to Alina, was much more human than Fidel.

Alina said that Fidel Castro was never at hand when she needed an advice, while Raul was always prompt in supporting her. She left Cuba long ago and never wanted to return to the country, saying that she has no roots whatsoever.

The largest number of children Fidel Castro had with Dalia Soto del Valle. All of them were born during the nine years between 1962 and 1974; the most successful years of Cuban leader’s reign. Dalia’s biography is largely kept secret.

Nobody has ever seen any photograph of Mrs. del Valle because of the notorious, paranoiac secrecy El Comandante clouded his family members with.

The world had a glimpse of Dalia only in 2003 when she was captured by a television reporter.

It is known that Dalia was a simple teacher in the elementary school before she was enamored by Fidel.

3 Mirta Diaz-Balart Fidel, the only “official” wife of Fidel Castro

Like many other leaders of the socialist states, Fidel Castro was officially married only once in his life.

That is according to Castro himself, who claimed he was espoused with Mirta Diaz-Balart back in 1948, long before Fidel’s career in revolution had begun. Mirta Diaz-Balart was a student from Havana. She was shrewd and handsome; she came from a well-off Cuban family.

Fidel and Mirta had a son, Fidelito Castro, named after his father. The fact that Fidel was married at all was only revealed when he got into prison in 1953 after the failed attempt to take over Moncada military base.

While he was in prison, Mirta took a position in the State Ministry which she was offered by her brother.

Castro was furious with her decision and immediately divorced Mirta while still being in prison.

Claiming loyalty from his wife didn’t come in the way of his loyalty to her, however. His affair with aforementioned Natalia Revuelta had long been known to Mirta.

El Comandante’s sexual life and virility couldn’t leave him child-free. According to various sources, the number of Castro’s children is varied from 10 to 14.

Historians specializing in Cuba claim that Castro had at least 7 children. Other sources, mostly anonymous for fear of being punished for revealing the details of Castro’s personal life and affairs, say that the actual number of children can be from 10 to 14.

Except for Alina Fernandez Revuelta, all Fidel Castro’s children still reside in Cuba. However, in the absence of free press, the children are being carefully guarded in order not to get in any media reports.

This astonishing number of women the late Cuban dictator had sex with is according to the former insider in the Fidel Castro cabinet, who reported this number recently to the New York Post.

Fidel had been an attractive, charismatic, physically strong man. These male traits made him popular with girls since his youth.

According to the report, Fidel’s sexual appetite was insatiable. The head of Cuban Government had a sexual intercourse with minimum two women a day; that is, since he became the actual leader of the country and apparently had enough spare time and resources to afford that many sexual contacts.

There is little known about the type of women Castro preferred, but rumors say that he liked German women and ones with an aristocratic stance. Considering how long Fidel had been in power, the overall number sounds believable.

While Fidel’s death spawned numerous stories and anecdotes on the life and deeds of the Cuban leader, the history of his relationships with most of the women in his life is yet to be revealed.